Operation Mincemeat | How Hitler was duped by ‘the man who never was’. 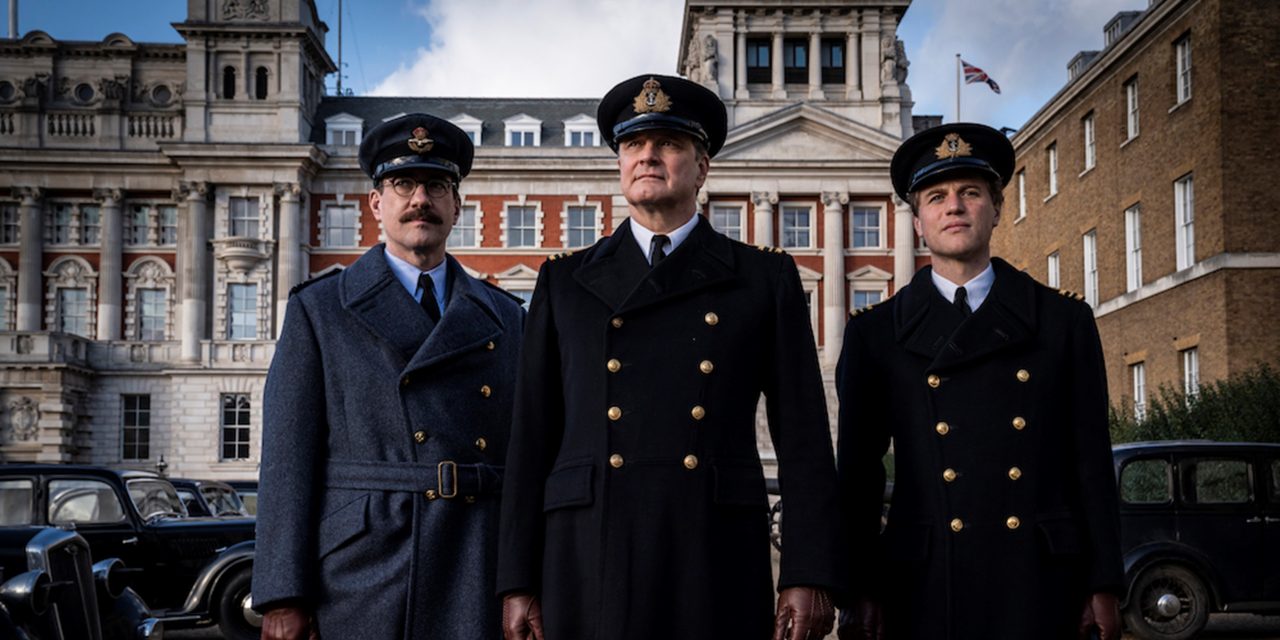 When I was 12 or 13 my father took me by tram to a cinema in Adelaide to see The Man Who Never Was, a WWII espionage thriller, which stayed with me for a long while. The story, set in 1943, focused on the Allies’ determination to launch an invasion into Southern Europe, a seemingly impossible challenge at the time. However, two British intelligence officers, Ewen Montagu (who later wrote a memoir of the same name) and Charles Cholmondeley devised an inspired but improbable plan to confound German intelligence. Late last year a fresh version of the story appeared in the 2021 British Film Festival (its world premiere) with the less poetic title of Operation Mincemeat, the actual name of the military action. As of 12 May the film is being screened Australia-wide.

Both movies explore this stranger than fiction true story. Operation Mincemeat was a complex strategy, the most successful wartime deception attempted by the Allies, to keep the invasion of Italy (via Sicily) hidden.

The deception involved releasing a dead man — a macabre sub-story in itself — with a fictional identity off the coast of Spain, where strong currents would carry the body ashore near where a known German agent operated. The non-existent Royal Marine courier, Major William Martin, would appear to be a plane crash victim carrying documents about an upcoming Allied invasion of German-occupied Greece, rather than Sicily, the more obvious target. And so, one late April morning in 1943, a sardine fisherman spotted the corpse floating in the sea off the coast of Spain setting in train a series of events that changed the course of the War.

In the uber-dramatic 1956 version Clifton Webb played Montagu with Gloria Grahame and Robert Flemyng in supporting roles and Ewen Montagu himself played an Air Vice-Marshall with doubts about the plan’s feasibility. It was described at the time as a surreal moment when the real Montagu addressed his fictional persona, played by Webb.

While the film mostly follows the actual story it included an entirely fictional subplot about a pro-German Irish spy who investigated the corpse’s fake girlfriend, ‘Pam’. (I noticed that some of the names of principal characters were changed or do not appear in this version — Jean Leslie, for example, and author Ian Fleming. Was it too close to the real events and people?)

Operation Mincemeat (2021), closely adapted from Ben Macintyre’s 2010 book of the same name, presents itself as a British boys-own-adventure with some classy tongue-in-cheek fun. It stars Colin Firth (Montagu) and Matthew Macfadyen (Cholmondeley), who by the way have both played Mr Darcy in various filmic versions of Pride and Prejudice. A perfect pairing it seems. Directed by John Madden, known for the Oscar-winning Shakespeare in Love and the Best Exotic Marigold Hotel movies, it features an impressive ensemble cast that includes Kelly Macdonald as MI5 clerk, Jean Leslie, Penelope Wilton (Downton Abbey) as MI5 head secretary Hester Leggett, and Johnny Flynn as James Bond author, Ian Fleming.

It’s been said that a masterstroke of the operation was to invent a fiancée for Major Martin. So included in his effects was a photo of ‘Pam’ — actually Jean Leslie — with a couple of poignant love letters, penned by Hester Leggett, to ‘Bill darling’. ‘That lovely golden day we spent together – oh!’ ‘If only time could sometimes stand still just for a minute . . .’, one read. ‘Don’t please let them send you off into the blue the horrible way they do nowadays; now that we’ve found each other out of the whole world, I don’t think I could bear it.’

In the movie Cholmondeley has a crush on Leslie but soon realizes that Montagu and Jean have romantic feelings for one another. There’s a strange truth to this apparently, as Montagu did have a romance with Jean Leslie — pretending to be Bill and calling her Pam. ‘We went to the cinema and we went dancing around somewhat’, recalled Leslie later in life. ‘He was a much, much older man and I had other gentlemen around at that age. I was only about 18, 19. . .’ Leslie gave Montagu a copy of the photograph that she had provided for Operation Mincemeat, on which she wrote, ‘Til death do us part, your loving Pam’.

After the war, Montagu received several decorations and awards for his wartime service, including the Order of the British Empire (OBE). On a trip to Spain he left his OBE medal at the grave of Major Martin, ‘the man who never was’.

Operation Mincemeat runs at Palace Barracks and James Street and other cinemas from 12 May 2022.

Also at Palace Barracks and Palace James Street is the German Film Festival from 1 to 22 June.

The centrepiece is The Forger (2022), a drama that follows the true story of Samson ‘Cioma’ Schönhaus, a Jewish graphic artist who hid in plain sight in 1940s Berlin, moving freely about the city using fake documents, while secretly forging IDs to help hundreds of others.