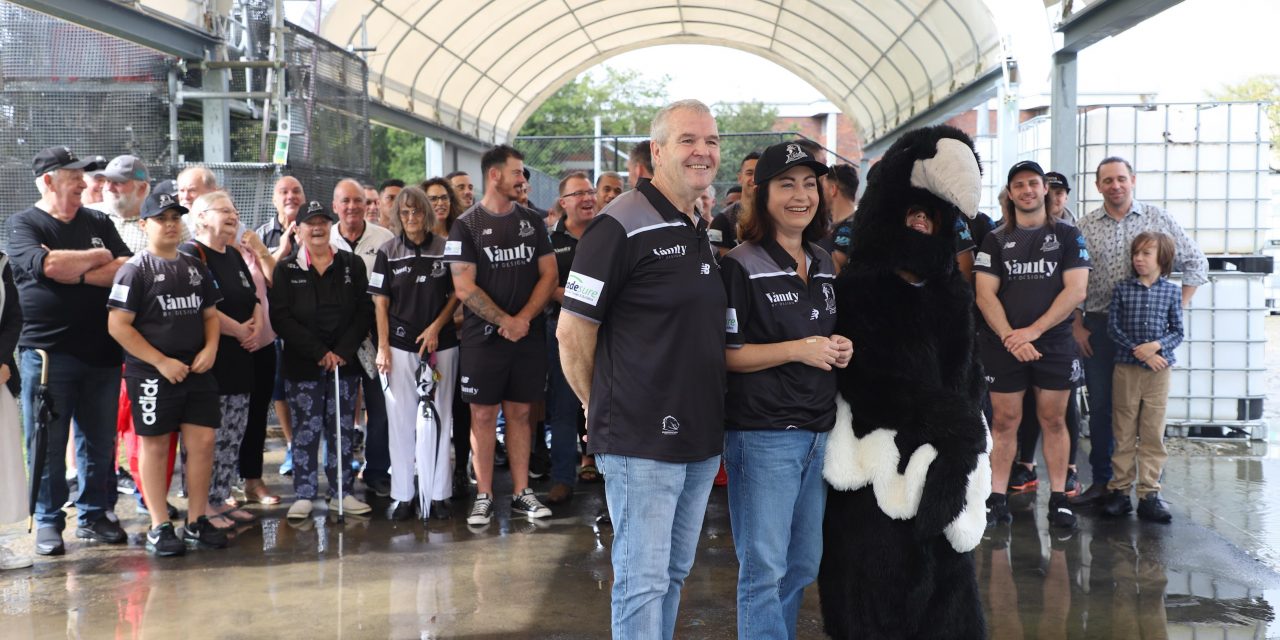 On Sunday Terri Butler MP announced that an Albanese Labor Government will fund the work needed to lock in the long-term sustainability of Davies Park as an accessible community space.

Ms Butler said Labor will commit $2 million for Souths to work with the Brisbane City Council to plan for the future of the site, making sure it is retained as a community asset for the West End community.

The heritage park has been the home of Souths Rugby League Club since 1908. Many rugby league luminaries kicked off their playing or coaching career there, including Gary Belcher, Mal Meninga, Karyn Murphy and Wayne Bennett.

The home of Southern Suburbs Rugby League Club consists of two ovals and a clubhouse, sheds and seating, rowing sheds, and a basketball court. The largest oval, named the Bill Tyquin Oval, has hosted Rugby League since 1908.

The park is also home to the popular Saturday morning West End Markets and to community events, such as the Kurilpa Community Day hosted by the West End Community Association last September, MS Moonlight walk and numerous charity events. Micah Projects uses the Souths Club rooms as a base for their annual Christmas hamper day.

Ms Butler said Souths Magpies are considering the long-term sustainability of the park and want to see it opened up to greater community use.

“This year’s floods once again revealed the importance of community facilities and public space on the Kurilpa peninsula.

“Ensuring the future of the site will help to make sure that it is available for community use in good and bad times, for generations to come.

“We must ensure the long-term sustainability of this important community asset, and help to create a modern, accessible space for everyone to enjoy.”

Included in the plans for the space are:

Ms Butler said she is proud to have worked closely with the Southern Suburbs Rugby League Football Club to progress the plans and secure investment from an Albanese Labor Government to kickstart the work.

Jim McClelland, CEO of Souths told the Westender that doing nothing at Davies Park is no longer an option.

“We’re exceptionally lucky to have a Terri Butler, as our long-time member in this area, who understands the changing demographics of the whole electorate. We’re dealing with council, through the Lord Mayors office along with the state, and obviously Terri has played a big role over the last 12 months supporting our project and advising on how we can achieve the best result.”

“It is about making sure that Davies Park becomes a true community destination with more accessible green space for the community to utilise, while celebrating the history of the traditional owners of the land for over 60,000 thousand years”, he said.

Mr McClelland said that the club is working on upgrade designs with BCC, along with their own team of landscape architects, and once they have a final plan, will further engage with community and sports groups that currently use the facilities.

“Here is a brilliant opportunity to upgrade Davies Park into a multipurpose space with all year round access for community activities. The feedback from our community event from Kurilpa community day last year support this.

“To get the best return on investment the community must be involved in the design and governance of the park. WECA would be proud and honoured to have a seat at that table.”

Pam Bourke from Kurilpa Futures said that while increased funding for Davies Park is welcome, they believe the funding should be used to create a truly neighbourhood-based plan with genuine community involvement which ensures that any future community infrastructure increases public open space and green space.

“An upgrade to the soccer field and the provision of spaces for public activities such as community meeting rooms should be addressed in any upgrades. Kurilpa Futures believes that there should be no further encroachment of high-density development on Davies Park. Kurilpa Futures would welcome the opportunity to be involved in the planning and design of any future upgrades to Davies Park,” Ms Bourke said.

The land leased by Souths is owned by the State government and is managed by Brisbane City Council under a Deed of Grant in Trust.

In 2019-20 and 2021-22 Brisbane City Council, in consultation with the community, Souths and Gabba Ward Councillor, Jonathan Sri, implemented a two-stage improvement project at Davies Park. In 2022 this included the completion of:

“Souths have in the past offered options for Davies Park, with the current works completed, made possible in direct consultation with the Lord Mayor’s Office, with the Club releasing 4500 square metres of the leased boundary on Montague Road and 400 square metres on the back of the number two oval to enable the works.”

No where left to play: local push for new sports facilities