OPINION | Difficult conversations after the floods. 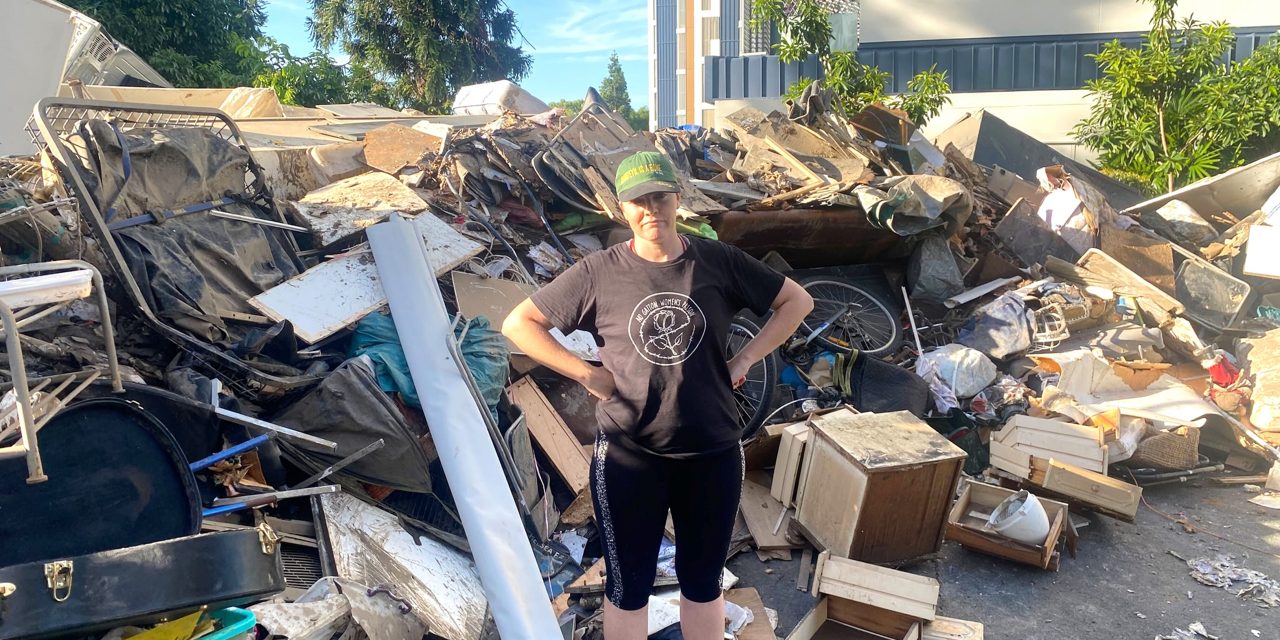 It’s been a challenging few weeks for our electorate. We’ve seen homes destroyed, cherished memories lost, and families forced to leave the area. Sadly, we also saw a man die in nearby Stones Corner. I want to acknowledge the devastation and sadness so many people have been through and extend my deepest sympathies to them. I’d also like to acknowledge all those still cleaning up, rebuilding their homes, or without electricity.

As seen all across flood-affected Queensland and New South Wales, floods hit the marginalised hardest. Many renters, pensioners, migrant families and people with disability suffered some of the worst power outages, displacement, lost possessions, and damaged homes. I’ve met some renters with disability who were stuck in their units for days due to broken elevators. I met an older woman who walked up and down dozens of stairs with no lights. Our cleanup volunteers helped many socially-isolated residents who had no friends or family to haul waterlogged fridges and bedframes. And my office engaged with dozens of flooded renters who never heard back from their landlords and had to leave our neighbourhood.

I am proud of the massive team of volunteers who helped clean up from West End to East Brisbane, Woolloongabba and Kangaroo Point. These volunteers slogged mud out of living rooms, cleared sewage water out of pitch-black, unventilated basements, and carried tons of mouldy furniture to the kerb. After Brisbane City Council had stood the Mud Army down, these volunteers kept going for weeks.

I’m also grateful to the hundreds of unnamed residents who helped their neighbours out of the kindness of their hearts. These people had no desire for recognition or reciprocation – they only wanted to help. I thank you all for the beautiful work you have done.

As our neighbourhoods continue to recover from last month’s floods, I’ve been reflecting a lot about the difficult conversations we need to have as we look to the future. Residents from Norman Creek to the Kurilpa Peninsula have experienced their second so-called “once in a century” flood in just over a decade. What does this mean for our collective future, and what can we do to protect our wonderful river city?

The damage and destruction we saw will only get worse and happen more often. The Intergovernmental Panel on Climate Change (IPCC), in their reports, clearly tell us that as climate change intensifies, we will see more extreme rainfall in places like tropical and sub-tropical Queensland. The IPCC also clearly spells out that if we are to protect our homes, families, and communities from the worst impacts of climate change, we need rapid and bold action.

In state parliament last week, Queensland Labor tabled a motion recognising the devastation of the floods. While I agree with this sentiment, the motion didn’t mention climate change at all.

While it’s vital that we recognise the pain and hurt of the last few weeks, we shouldn’t let our government gloss over the elephant in the room that is the role of climate change in these devastating floods. And we shouldn’t ignore that the IPCC has clearly stated that governments must rapidly phase out coal and gas, or the impacts of climate change and the floods our community just witnessed will become more frequent and more deadly.

That’s why I attempted to add the following to the motion:

“that the government commits to protecting Queenslanders from even more deadly and dangerous floods and extreme weather by adopting a science-based climate pollution cut of 75% and an orderly phase-out of coal and gas by 2030.”

Despite several scientific intergovernmental reports stating that this is the type of real action our communities need from our government, Queensland Labor teamed up with One Nation and the Liberal National Party to shoot down my amendment.

Yet despite our government’s inaction, I’ve been given renewed hope by the immense resilience and strength our community has shown in the past few weeks. I’ve seen strangers coming together to move mouldy furniture, neighbours making meals for elderly and isolated residents without power, and countless other acts of solidarity and kindness. We also had 60 people come along to our ‘thank you’ BBQ at Davies Park, many of whom were keen to talk about what plans we have to build community resilience.

If only our state government could be half as courageous as our community.

Amy MacMahon, is the Greens MP for South Brisbane.