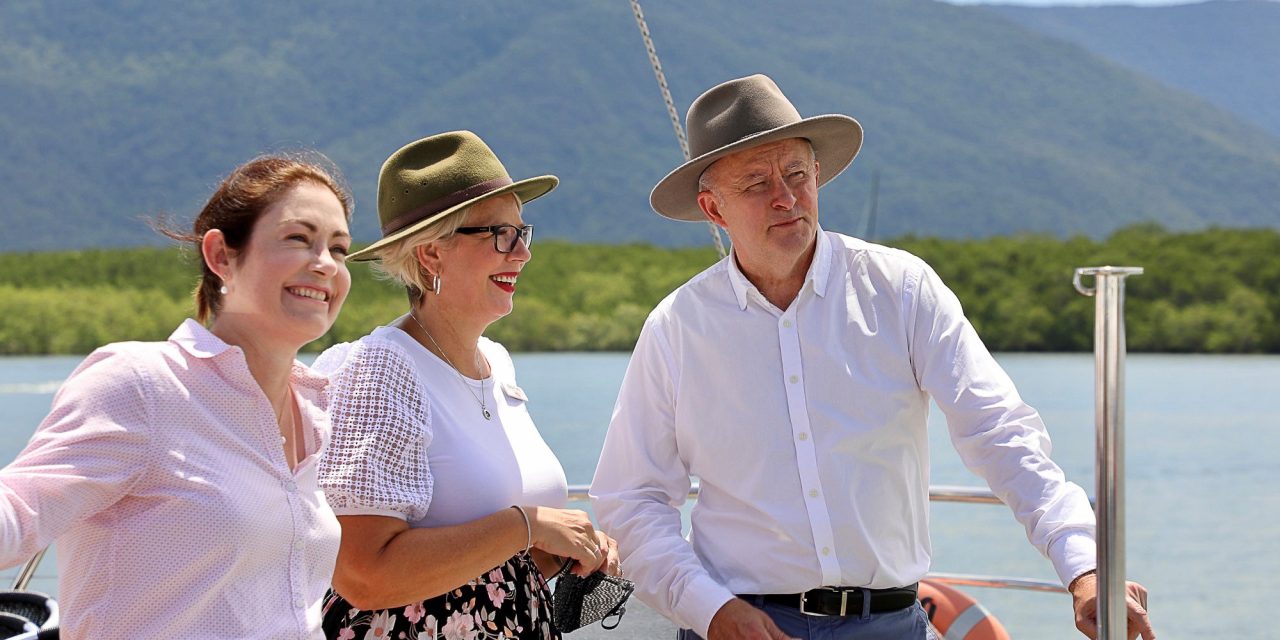 The Great Barrier Reef is a natural wonder of the world and one of our most significant economic assets. With three thousand coral reefs, more than a thousand islands, multiple habitats, significant biodiversity, and multiple marine animals including more than thirty species of mammals like whales, dolphins and dugong, it is a massive, complex, natural ecosystem of unrivalled beauty. The Reef is of great cultural significance, too. It is important for the cultures of more than seventy traditional owner groups, and, just like vegemite, Uluru, the koala, and the Boxing Day test, it is also part of the collective Australian identity.

The environmental and cultural values of the Reef are immeasurable. In contrast, its economic value can be and has been calculated. It’s an economic asset that has been valued at $56 billion, and it generates $6.4 billion in income in a normal year, while supporting 64,000 jobs.

For ten thousand years each generation has been responsible for the stewardship of the Reef. Now, in our time, that obligation of stewardship demands action. Climate change is the greatest threat to the Reef. Poor water quality poses another significant threat. These are real environmental challenges.

At the same time, the Reef regional communities have been facing other problems. The pandemic has been disastrous for international tourism. And even before covid, Reef communities have had to contend with the impact that environmental problems have had on perceptions of the Reef’s health, here at home, and overseas. Too little emphasis on environmental challenges means they will be ignored. On the other hand, catastrophising can lead people to conclude that not only is the Reef no longer worth visiting, it is beyond saving. This thinking is wrong.

In addition to the obvious benefits like dollars and enjoyment, well-run tourism can also bring significant environmental benefits. Seeing the beauty of this natural wonder can garner support, moral and financial, for stepping up conservation efforts.

The importance of the Reef is obvious. Why, then, has the Liberal-National government been so inept when it comes to the Reef?

This is the same government that, controversially, gave a $443 million grant in Reef funding to a small, ill-equipped private foundation, in a backroom deal, without a tender or even an application.

In a brazen example of spin, this government has appointed a so-called “Reef Envoy.” The holder of this made-up position is expected to simply do his pre-existing job. Standing up for the Reef and Reef communities is core business for any Tropical North Queensland politician. They shouldn’t need a special title to do it.

In 2021, the government was seemingly caught by surprise at the prospect of the Reef being added to the World Heritage ‘in danger’ list. They had to play catch up footy in order to avoid that in 2021, but the World Heritage Committee is revisiting the question this year.

And the worst in a long line-up of Reef failures is the government’s inability to face up to climate change. This can hardly come as a surprise when one of their own MPs representing Reef communities, George Christensen, has claimed Australia was doing ‘too much’ to combat climate change.

Labor’s Powering  Australia plan shows our commitment to taking action on climate change. And preserving national assets like the Great Barrier Reef is an important part of Labor’s plan for a Future Made in Australia.

In protecting the Reef, we are also protecting our nation’s, and our communities’ future. We’ve announced a $163 million commitment to Reef conservation efforts and jobs.

An Albanese Labor government will commit $85 million to scale up ‘shovel-ready’ work for coral to coast reef resilience and land restoration projects in Reef catchments.

To defend the Reef against the risk of being added to the World Heritage ‘in danger’ list, Labor will commit to funding the Reef 2050 program through to the end of the decade, committing an extra $63 million over the forward estimates.

Labor will terminate the controversial funding arrangement that the Morrison-Joyce government has with a private foundation, and reallocate any unspent funds, while retaining worthwhile programs. Because the future of our Reef cannot be dependent on a dodgy Liberal jobs-for-mates deal.

Labor will commit $15 million to marine research in the Southern part of the Great Barrier Reef, to scale up the Coastal Marine Ecosystems Research Centre in Gladstone.

The Morrison-Joyce Government has gone missing when it comes to backing communities along the Central, North and Far North Queensland coast through this tough time. And they have no plan for what happens next.

Australia’s incredible natural environment is part of who we are as a country and is a drawcard for tourists all over the world.  We need to shore up the future of these natural assets just like we do other parts of the economy.

Only an Albanese Labor Government can be trusted to stand up for the Reef and the jobs and communities it supports. Only Labor will build a better future for Queensland.

Terri Butler is the Shadow Minister for the Environment and Water, and Federal Member for Griffith.