Personal Awards and the Power of Community 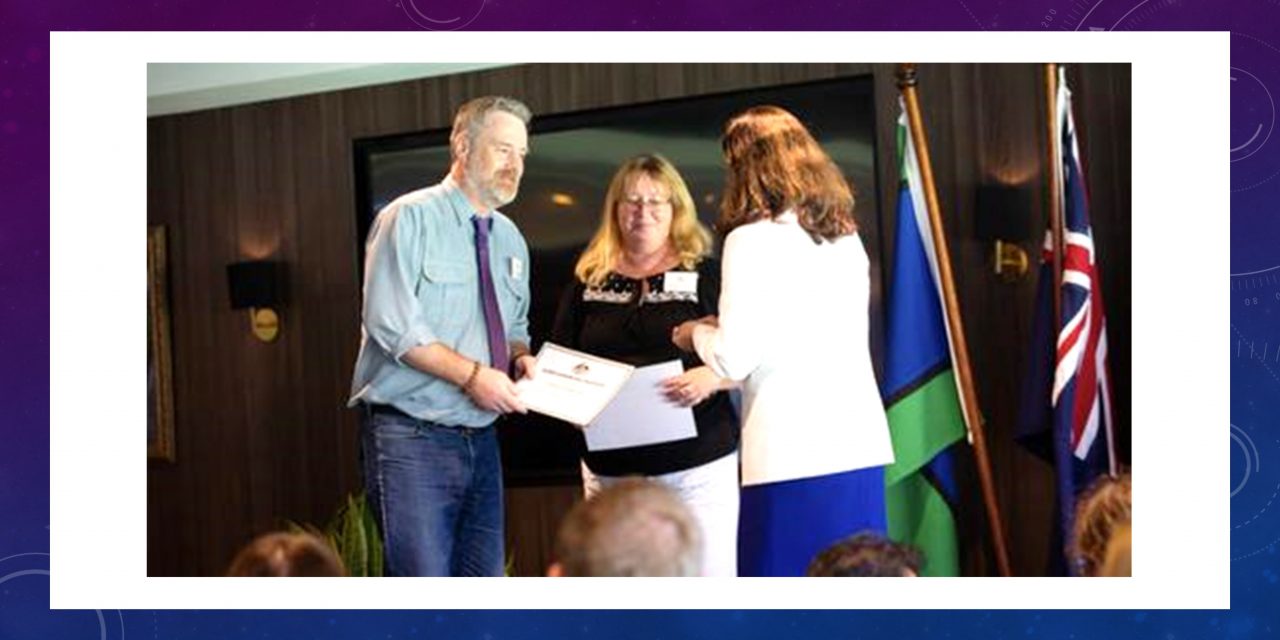 Quite a lot of the Public History work I do goes unpaid, so the occasional pat on the back can be welcome. This year has been particularly good for that type of thing, with the cemetery work done by my colleague Tracey Olivieri and myself being recognised with two awards.

The first came in January when we received a Griffith Australia Day Award in recognition for the huge amount of work we have both done over the years with the Friends of South Brisbane Cemetery. This was presented by Terri Butler, the Federal MP for Griffith, in a lovely ceremony at the Gabba in the company of other volunteers being acknowledged for a lot of valuable work.

Then in June we received the John Oxley Library Award, one of the annual ‘Queensland Memory Awards‘ described by the State Library of Queensland as their ‘most prestigious’ honours. This was an especially valued accolade, but one that wasn’t without hurdles in the nomination process. 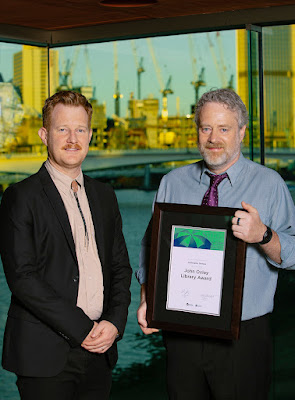 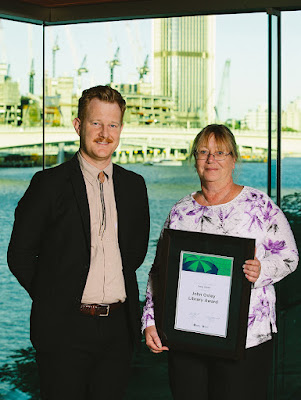 Both these awards recognised years of cleaning, research, tours, lobbying, writing, online development, resuscitating the FOSBC from near-death in 2017, and building an active community group at the cemetery. It is probably this last aspect that I value the most.

There is something I say a lot, and I said it again during my acceptance speech, but the underlying philosophy of all this cemetery work has been the power of community:

“The more people know about the cemetery, the more they will care about it, and the more likely they will then be to actively protect it”. 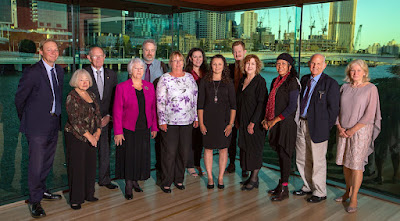 The award winners with Library Board members. (State Library of Queensland)

Heritage is always a long-term challenge. Organisations such as the Friends of South Brisbane Cemetery (FOSBC) need to prepare for the century ahead, to ensure that when those people who started the group back in 2005 cannot work any more, there will be others ready to take the baton and carry on that work. 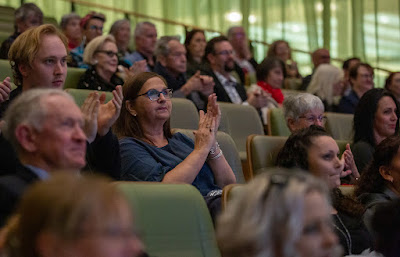 In the awards audience. (State Library of Queensland)

So far, we’ve done quite well in this regard. We have built up what I suspect to be the largest and most active cemetery-linked community organisation in the country. Maybe this success has involved a measure of what is described as ‘servant leadership’, organising in a way that puts the needs of the team before the needs of the self. In real terms, this has looked like:
Of course it doesn’t always work like this, and democracy can always be improved, but the intent should always there. 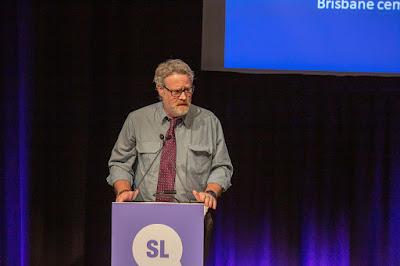 This is why I felt slightly awkward about the awards. Sure, Tracey and I put a lot of work in, but so much work was done by others. To tell the truth, I think the nomination should have actually been for the FOSBC as a whole. Hopefully, in time to come, others in the group will be recognised in similar ways. For now, we’ll keep working on building the FOSBC.

Maybe part of why I think belonging to a community is important is because I’m a migrant and have a need to feel like I belong somewhere (even after 33 years here). I was a third-generation council estate child with that sense of ‘people being in the same boat’, where everybody knows your name. I got that same vibe as a young adult living on a commune in Israel, and again during my university years in Brisbane. All great times in my life, and the FOSBC is becoming the fourth community of my life. But I also like the feeling that I’m making a positive difference in the world, and being in a group is the best way to achieve that. The inspirational Liverpool FC manager and man-of-the-people Bill Shankly was asked in the early 1970s for his views on socialism, and his answer evoked what I see as the power of community

“It is a way of living. It is humanity. I believe the only way to live and to be truly successful is by collective effort, with everyone working for each other, everyone helping each other, and everyone having a share of the rewards at the end of the day. That might be asking a lot, but it’s the way I see football and the way I see life.”

And that is the way I see the South Brisbane Cemetery community, and the way I see life. But it still feels reassuring to have that work acknowledged and to be able to say it is ‘award-winning’. 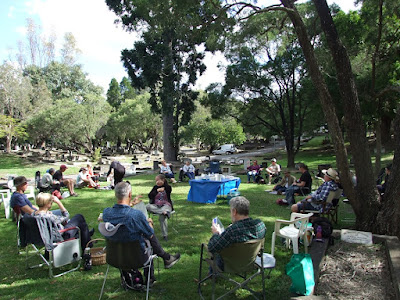