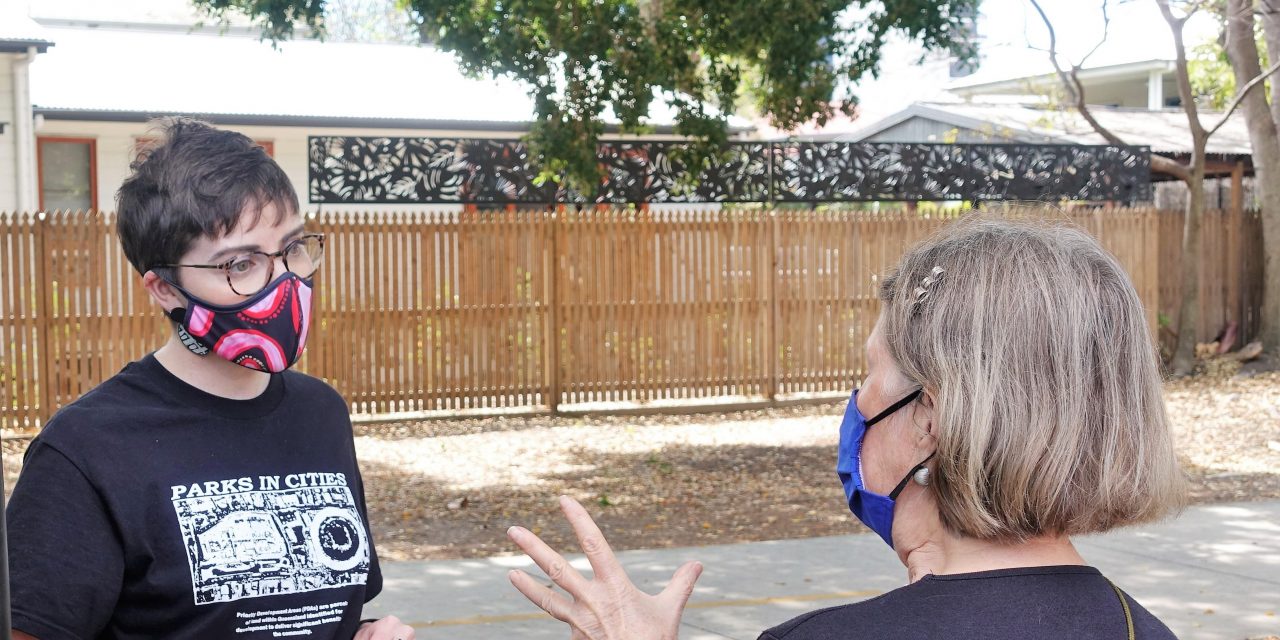 Member for South Brisbane, Amy MacMahon MP, provides her latest update on COVID-19, public transport and her campaign to improve the 192 bus service, the age of criminal responsibility, and a proposed a new coal fired power station in Central Queensland

We’re back in a bit of an uncertain situation with the recent COVID-19 cases here in Queensland. If you’re unsure about what restrictions are currently in place at any point, head to the Queensland Health website here for the most up-to-date advice. It’s also a good idea to regularly check the contract tracing website over the next little bit.

If you’re looking for a COVID-19 vaccine for yourself or anyone else over the age of 12, there’s now lots of different ways to get one. I’ve put together an easy list that you can find here. As always, if you’re ever unsure about the latest restrictions and rules, or need help accessing a vaccine, please don’t hesitate to get in touch with my office – we’re here to help.

This month I’ve got some updates for you all about local public transport, raising the age of criminal responsibility and stopping Clive Palmer’s proposed new coal fired power station in Central Queensland.

Investment in public transport infrastructure hasn’t kept up with the massive growth in population in South Brisbane over the last few decades. Even with the state government and the Council now finally pushing ahead with much needed new public transport projects, like Cross River Rail and the Metro, there’s still big transport blackholes in parts of South Brisbane.

A big chunk of West End, Highgate Hill and Dutton Park residents are currently only serviced by the 192 bus – but this service doesn’t run on nights or weekends. The government has justified this lack of service by saying not enough people use the 192 – so my office is running a mini community campaign to tell them this is nonsense. Just because people aren’t using an inadequate and inconvenient service, does not mean they wouldn’t use a better one. If you’d like to see the 192 improved, you can sign the petition here and you can sign up to host a yard sign or bin sticker to show your support here.

Another big transport priority for me in the West End area is fighting for a new ferry stop near Victoria Street. A new terminal around this location has been in South Brisbane Riverside Neighbourhood Plan for a decade now, and in that same decade the population of the nearby area has more than doubled from new development.

The Council recently conducted a ferry network review. While their community consultation was less than ideal – as too often is the case sadly – this was another opportunity to keep up the pressure for improved ferry services all across South Brisbane. I took all the feedback that my office had received through conversations with the community and via our online survey to the council drop-in session earlier this month. I’ll keep jumping on any opportunity to push for a new ferry stop for West End.

Raising the age of criminal responsibility in Queensland

I firmly believe that kids belong in school, not in prison. Medical evidence shows 10-13 year olds don’t have the neurodevelopmental capacity to control impulses or foresee and understand consequences, so criminalising them like adults doesn’t work. We also know that early contact with the criminal legal system increases a child’s likelihood of reoffending.

Queensland’s current laws allow children as young as 10 years old to be locked in prison. Our minimum age of criminal responsibility is out of line with international jurisdictions and our human rights obligations. It also doesn’t work to keep the community safe.

This month the Greens’ introduced a bill into parliament to raise the age of criminal responsibility from 10 to 14 in Queensland. We’re also proposing an alternative, staged model to replace the criminal system for children under 14, including early intervention and prevention, therapeutic responses to antisocial behaviour, and intensive case management for serious problematic behaviour.

A multidisciplinary expert panel outside of Youth Justice and Child Safety would be established to work with children and their families and refer them to support services, culturally appropriate community-led programs and restorative justice. Children’s hearings, similar to the Scottish model, would be held to determine whether small-scale, therapeutic supervision is necessary in the rare instances where children pose a serious risk of harm.

My colleague Michael Berkman looks after the justice portfolio for the Greens at a state level and will be leading the charge on this bill – to stay up to date on the #RaiseTheAge campaign sign up here.

Clive Palmer’s company, Waratah Coal, is trying to get their proposed new coal fired power station in Central Queensland to be assessed and approved through the local council. Palmer is trying to get this massive, destructive proposal assessed at a council level via a loophole, bypassing State environmental approvals.

Deputy Premier Steven Miles has the legal power under the Planning Act to “call in” and block Clive Palmer’s proposed new coal fired power station in Central Queensland. We’ve written to Steven Miles urging him to do this, but it’s important that there’s also a strong community push. The State Government hasn’t taken a clear position yet, so if you have a moment today, please ring Miles on (07) 3719 7100 and ask him to call in and block the proposal.

Thank you so much to all the locals who have already cc’d me into their emails to Steven Miles. Letting this new coal fired power station go ahead would be a disaster for our climate, so it’s critical that we do everything we can to stop it.