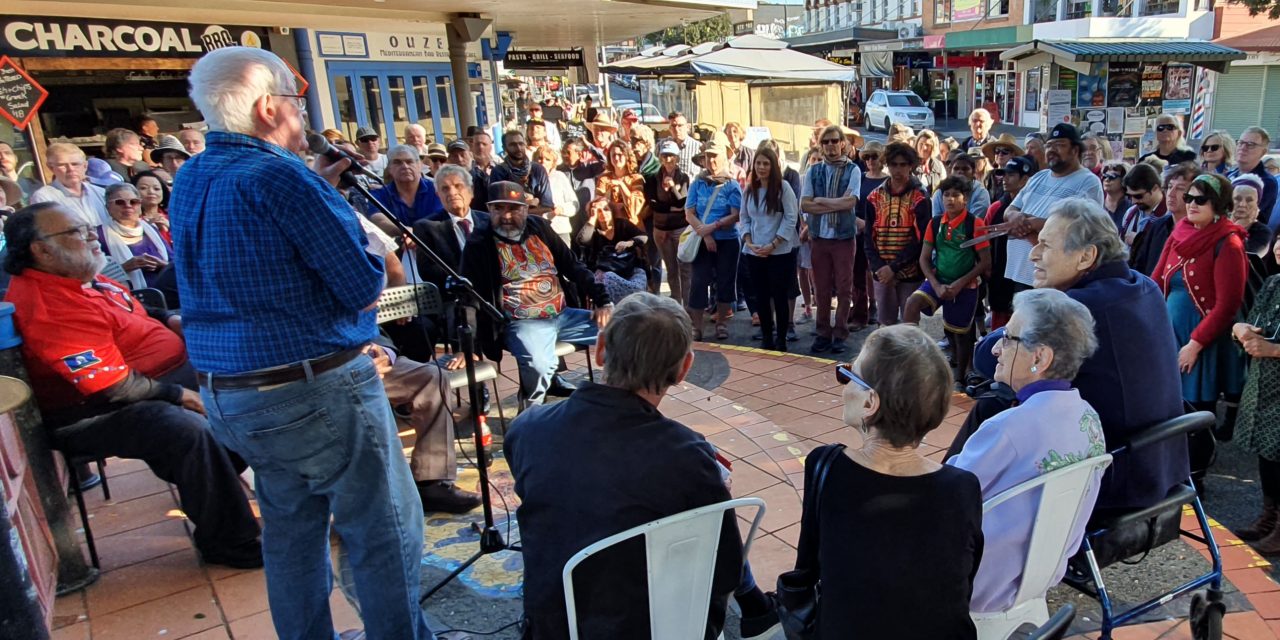 Residents, traders, members of the Indigenous community, and the Greek and Lebanese communities gathered at the lizard on Boundary Street on Saturday the 24th of August for the launch of the West End Making History Group‘s history panels. The gathering later migrated to Avid Reader Bookshop for refreshments.

Tim Quinn who chaired the event said that about 120 people attended, representing the broad diversity of the West End community and evidence of the significant local interest in the project. There was a very strong Indigenous participation in the launch program with several speakers, poetry reading and songs and dance performances.
Uncle Des Sandy welcomed everyone to country and Uncles Sam Watson and Lionel Fogarty addressed the gathering. The President of the West End Traders Association Peter Marinelli and local Councillor Sri also spoke. Senior representatives  of the Greek, Lebanese and Vietnamese-Australian communities attended along with the large crowd from the local area.
The plaques themselves seem to have been greeted with wide interest and general approval. People in Boundary Street can frequently be seen carefully reading the plaques.  Some locals have said that they have been waiting for years to see the rich history of West End put on public display and explained in this way.
Read more HERE