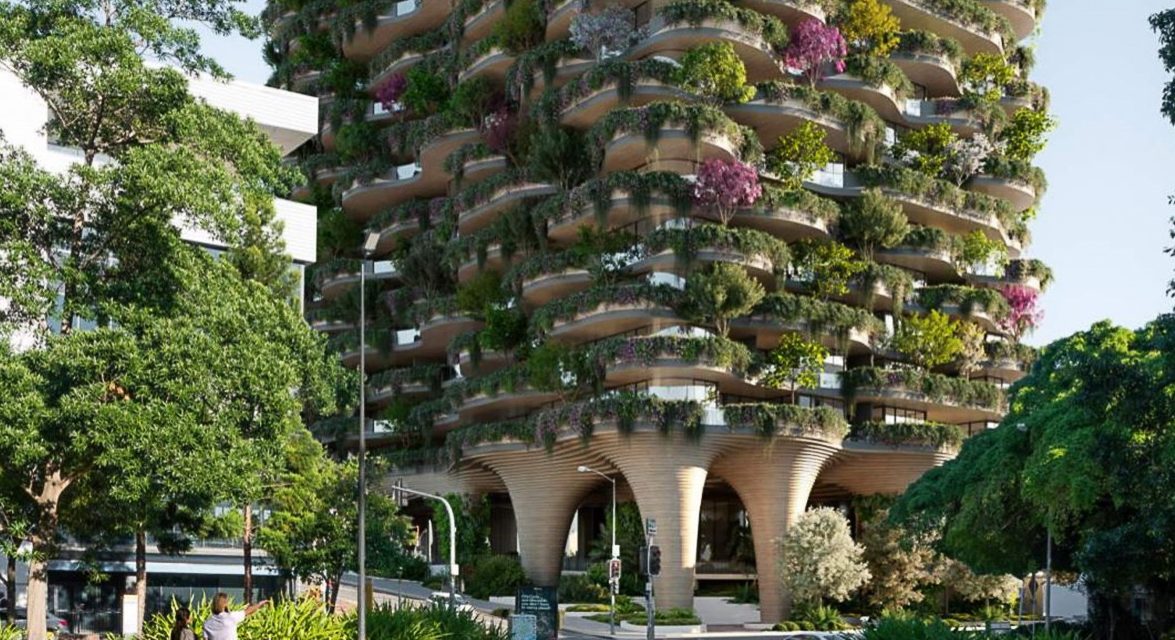 The publicity material for the Aria Property Group’s latest development proposal in South Brisbane has been echoed, without any critical examination, by The Courier Mail[i], Westend Magazine[ii], The Brisbane Times[iii] and by a range of property and development news sites[iv].

Aria claims the building will boast a number of green credentials, including 1,003 trees and 20,000 plants, and that it will deliver public benefits such as a green plot ratio three times the site area in gardens spread across the site, which they say is equivalent to taking 150 cars off the road each year.

The proposal is referred to variously in news articles as, the world’s greenest residential building, a vertical forest, an urban park, and a backyard in the sky.

Sounds exciting, given our concerns about climate change, to finally see a property developer responding with plans for green buildings of this type, but not everyone is convinced about the promised benefits.

Three sites are included in the development application at the corner block opposite the Brisbane Exhibition and Convention Centre and Brisbane State High School.

The application, submitted to Council for assessment on 21 July 2020, is for Multiple Dwellings (382 Units) Bar, Hotel and Centre Activities (Community Use, Food and Drink Outlet, Indoor Sport and Recreation, Office and Shop).

The proposed building will be located in an area zoned for up to 12 storeys under the South Brisbane Riverside Neighbourhood Plan (SBRNP), a massive 20 storeys lower than Aria’s proposed 32-storey building.

The proposal includes 562 car parking spaces, and seeks approval to reduce Glenelg Street to two lanes (between Merivale and Cordelia Streets), allowing an increase in the width of the footpath. 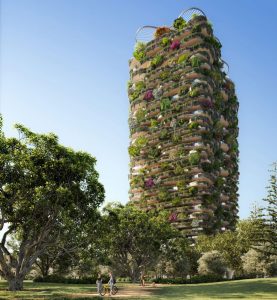 At a meeting held last week, attended by local Councillor Jonathan Sri, residents of properties adjacent to the proposed site raised numerous issues with the development.

Residents’ concerns included, the height of the building, increased traffic and population impacts, lack of adequate services and infrastructure in South Brisbane, the reduction of the roadway in Glenelg Street, and construction noise and dust over several years.

Resident representative Greg King said the proposed development is too far outside the current building code and is relying on its ‘Green Building’ credentials for Council approval.

“This is a massive development both in terms of the building, the number of residents and the allocated car spaces over seven levels”.

“This area is not suitable for the expected movement of traffic.”

Nearby residents are also concerned that construction could take a number of years and may affect the integrity of their existing buildings.

“With seven levels of car park, this would involve a deep excavation, blasting and a lot of digging and foundation construction and pouring.  From this arises potential instability of surrounding buildings,” Mr King said.

Residents have also raised concerns about the heritage church located next to the development on Glenelg Street.

“This development is way outside what would be expected and should not be approved in this form without significant improvement to other facilities including road carrying capacities, parklands and services, and public transport,” Mr King said.

“I’m not against the development of this site at all, because some of the buildings are quite tatty, and some of them are vacant, so something needs to be done, but my first preference would be to extend Musgrave Park.”

“And then the second preference would be to propose that the State High school that’s currently overflowing could take over this spot because they are directly opposite. But whatever happens, it should abide by the regulations, and that’s 12 storeys,” Ms Allen said. 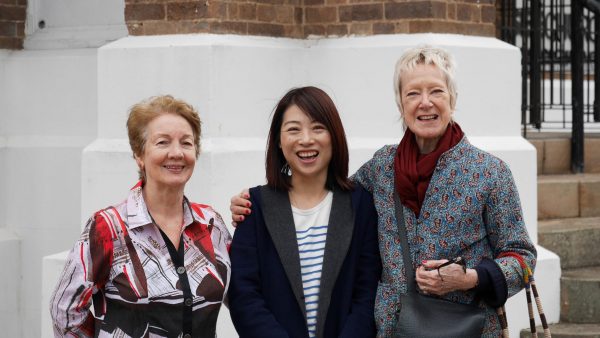 The Aria proposal appears to be consistent with the SBRNP requirement for developments to exhibit environmental sustainability and to be climate responsive, but the proposed building height sits so far outside of the local planning scheme, that the Aria proposal is defined as “impact assessable”.

Impact assessable applications require a merits-based assessment to determine whether they are appropriate in the zone or not.

This process allows for members of the community to make submissions in support of, or against, the proposal in the Planning and Environment Court provided they made submissions during the public notification period.

But as residents in the area know, the right to object does not guarantee that they will be able to influence the outcomes. 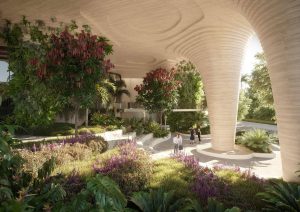 Candidate for South Brisbane, Amy MacMahon who attended the residents’ meeting with Cr Sri, wrote in a recent Facebook post that buildings that sit so far outside of the existing zoning for the area could gain approval under Queensland’s ‘performance-based’ planning scheme.

“… under a performance-based approach, developers can put forward their case for how their development will achieve broader objectives, in order to build higher than is outlined in the neighbourhood plan.”

Seleneah More, President of West End Community Association (WECA) is also concerned about the use of the performance-based approach.

Ms More told The Westender that WECA has advocated green spines, connectivity and pedestrianisation through the Russell Street connection to Southbank and the 4101 Green Space Strategy.

“We welcome Aria’s high-quality urban design concepts that align with this. We also note their good track record of maintenance of green walls within existing developments.”

“We disagree with the way these green features are being used to gain extra yield (20 storeys above the allocated height) and that many of the benefits are enjoyed by residents within the building only.”

“The exchange for legally undefined “public benefits” for extra yield sets a dangerous precedent for the city.”

“Whilst the proposal includes enhancement of the public realm, the extra 20 storeys will cast shadows on Musgrave Park in winter. How does Council handle these trade-offs in the long-term public interest?” Ms More asked.

Ms More said that WECA’s primary concern is the additional pressure excessive development has on local park and community facilities, including schools and transport networks.

“Through this lens the proposed 32-storey residential tower, which exceeds the Neighbourhood Plan by 20-storeys, is excessive development. The extra 280 units will put huge pressure on local infrastructure already struggling to cope with 25,000 people.”

Over the past ten years the enforcement of the Neighbourhood plan has been somewhat loose and selective, Ms More said, and she urges Council to be transparent regarding the measures that they use to assess Aria’s claims of “public benefit”. 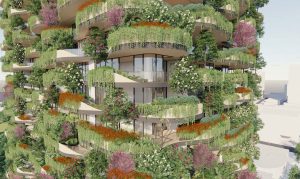 Dr Philippa England, Senior Lecturer at Griffith Law School, who has written extensively on planning law in Queensland, says that our planning rules are written in such an open and flexible way, “… that the planning scheme is really just a basis for private negotiation in the hands of big developers.”

In a piece written for The Conversation[v] last year, Dr England says that the parameters of performance-based planning have swung too far in favour of flexibility.

“Flexibility and discretion have a role to play in good planning. But if integrity, honesty and public trust are also goals then transparency and public accountability should be increased.”

“The value of public participation – both in its contribution to better design and for keeping the system accountable and honest – needs to be genuinely recognised and valued,” Dr England wrote.

Cr Sri told the residents’ meeting last week that he thinks the Aria proposal should be rejected outright.

“My view is that this application was lodged more in hope than expectation and should be promptly refused by the Council at the first hurdle,” Mr Heywood says.

All public submissions need to be “properly made”.

Brisbane City Council sets out the process for making submissions in respect to development applications at this page – https://www.brisbane.qld.gov.au/planning-and-building/applying-and-post-approval/have-your-say-on-an-application