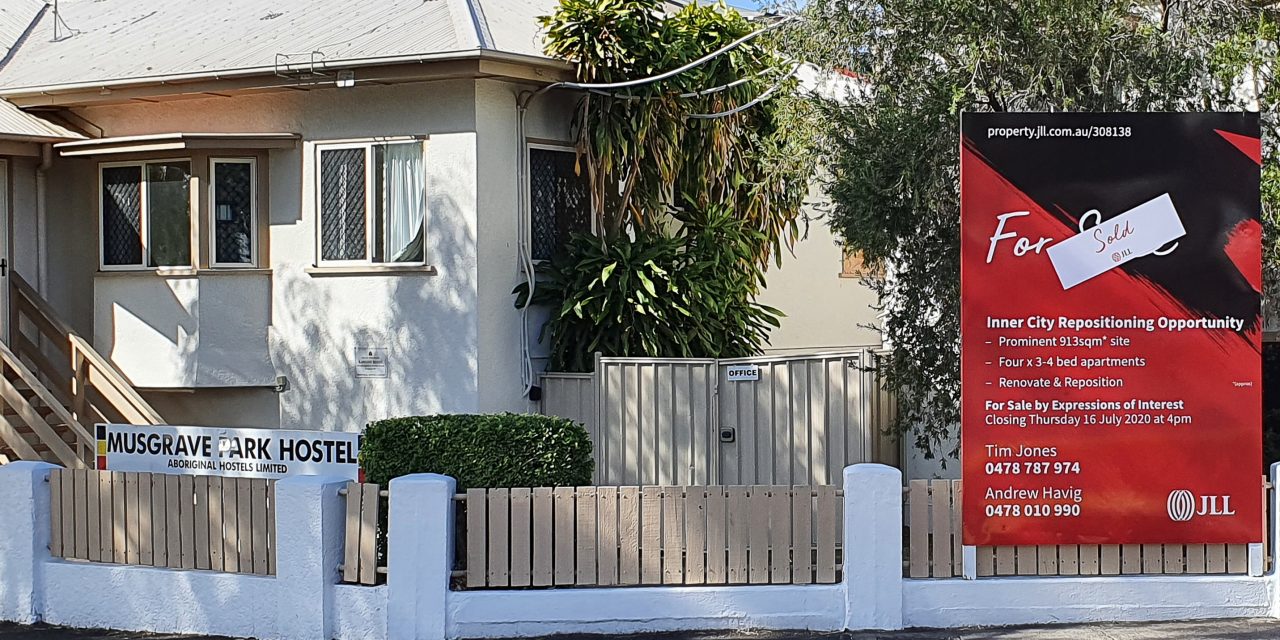 On 10 July, The Westender reported that Musgrave Park Hostel at 196 Boundary Street was on the market.

Local Member for South Brisbane, Jackie Trad MP, Federal Member for Griffith, Terri Butler, and Jody Currie, CEO of Aboriginal & Torres Strait Islander Community Health Service, along with a number of key Aboriginal organisations in Brisbane, expressed their dismay at the potential loss to the community.

This week the real-estate agent managing the sale of the hostel advised The Westender that the property was sold to a local investor on Tuesday 28 July.

The local Member for South Brisbane, Jackie Trad MP, said she has closely followed the situation, lobbying the Federal Government to stop the sale, and facilitating a potential purchase by the Queensland Government.

“I am extremely disappointed about the news that the Federal Government may be proceeding with the sale of this cherished public asset,” Ms Trad said.

Ms Trad said she was in discussions this week with the State Minister for Housing, the Honourable Mick de Brenni about possible alternatives.

“I was involved in some very positive conversations with the Minister for Housing and the Queensland Government who recognises the need for such services in our community,” said Ms Trad.

Throughout the process, several community groups, including Ms Trad, had officially written to the Federal Minister the Hon. Ken Wyatt, who is responsible for the agency that owns the site.

“I have made my position to the Federal Minister very clear; I did not want this site taken away from the public and used for private development,”

“Unfortunately the Federal Government had no intention of listening to the concerns of local residents, and local indigenous organisations,” said Ms Trad.

“The Coalition Government does not see the utility in public assets or the cultural significance of the site, it appears that they were determined to override community consultation for the sake of budget austerity”.

The Westender is also seeking comment from Ms Jody Currie.