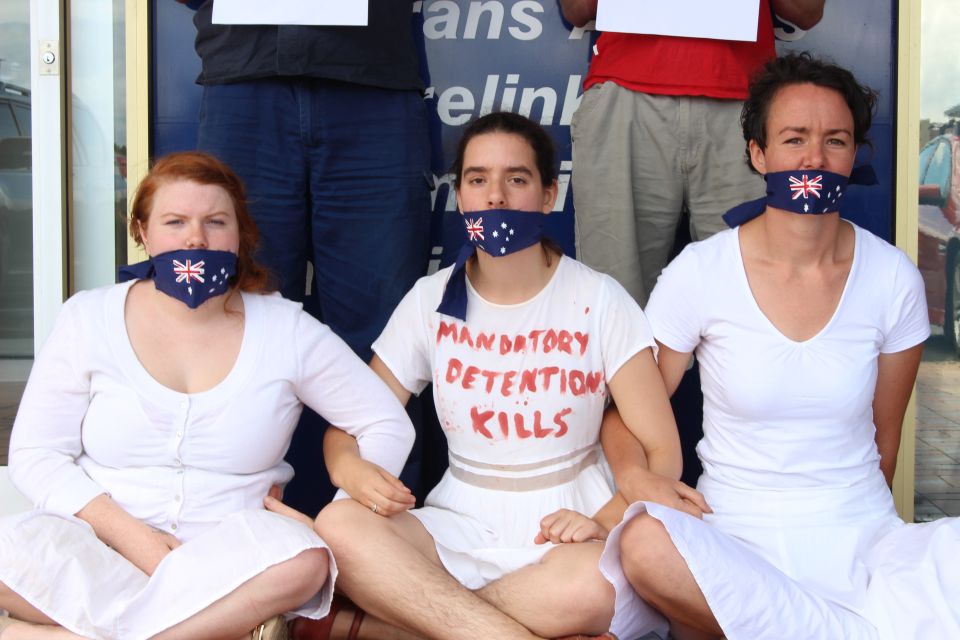 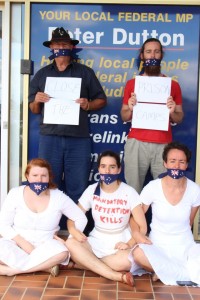 Brisbane residents have staged a protest at Immigration Minister Peter Dutton’s office to condemn the assault of women in offshore detention and demand an end to the government’s violent policy of deterrence.

Residents are calling for an end to mandatory detention, offshore processing and the extremely damaging ‘stop the boats’ rhetoric which has not only misled the Australian public, but endangered the lives of innocent men, women and children seeking asylum.

Since the re-opening of offshore detention centers in 2013, rates of violence, sexual abuse, torture and neglect have continued to escalate on Manus Island and Nauru. The United Nations High Commissioner for Human Rights (UNHCR) recently expressed serious concerns regarding the failure of the authorities responsible to take action to ensure the safety of those in their care.

Spokesperson Camilla Tafra said, “The Immigration Minister’s constant fallback on the ‘stop the boats’ rhetoric aims to give the Australian public a sense of moral security, when the horrific reality is that the physical and psychological torture of asylum seekers is integral to the policies claiming to save lives.”

The Senate Inquiry earlier this year uncovered 67 allegations of child abuse and 33 allegations of sexual assault/rape on Nauru. The government’s introduction of the Border Force Act demonstrates a priority of silencing those who would speak out against abuse and injustice over any intentions to take responsibility for the safety of those in Australia’s care.

“We’re here today to hold Peter Dutton accountable for the lawless actions of the government,” explained spokesperson Kelly Purnell, “The authorities are actively silencing women who have been violently assaulted in offshore detention. This policy of vicious deterrence must stop now. It should never have begun.”