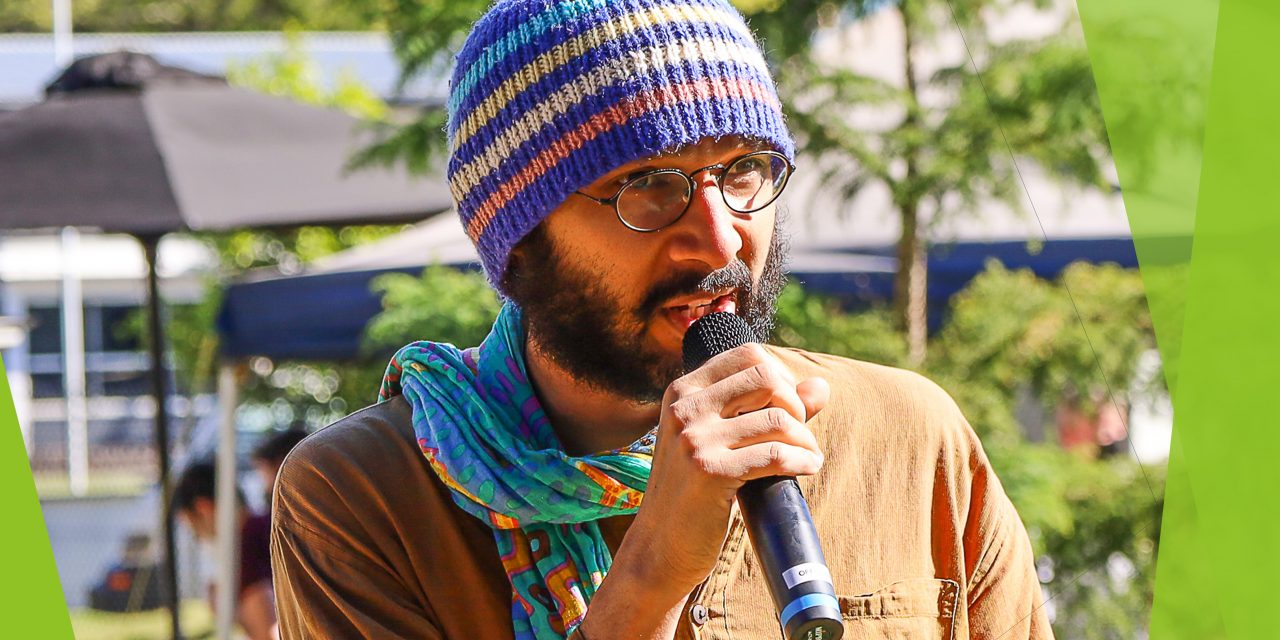 Twenty years ago, The Westender published regular updates from our local elected representatives – so we thought we might revive the idea. Here is the first of his updates from The Gabba Councillor, Jonathan Sri. We used a Q&A format to discuss community action against the proposed development at 281-297 Montague Road bordering Davies Park.

On Saturday a group of residents met in Davies Park to protest a proposed development at 281-297 Montague Road. How realistic are calls for Council to purchase the land given the developer has an existing approval for five residential buildings on the site?

I think it is a realistic demand to make of Council to purchase the land even though it’s already got a development approval. Obviously the existing approval increases the value of the land, and the amount that Council might be expected to pay in compensation. But when you consider the broader context of how much money Council is receiving from infrastructure charges etc. in the area, they have plenty of money to do this.

It would certainly have been a lot better if they bought this land back when it was notionally zoned as parkland, or at least back before this most recent development was approved, but what’s realistic and feasible comes down entirely to a question of political priorities and political pressure.

I guess for me the most striking local example is that for several years we had the State Government telling us that there was no chance of West End getting a Primary School expansion and there were no plans for a new high school for the inner south side and that was a very clear and consistent line from the State Government. And then, in the space of literally a year, due to primarily electoral pressure and concern about losing votes, we suddenly saw the State Government commit to millions of dollars in additional funding for the school.

When you’ve got things like the Olympics on the horizon, when you’ve got a fairly unstable political environment federally, whether it’s possible to get a local government to buy a site like this depends entirely on how much pressure we can apply.

With the Olympics on the table everything’s up for discussion and I think it is really a realistic demand.

Residents in West End have been protesting overdevelopment since Expo 88 with very few wins. How can concerned residents sustain and build the energy to keep campaigning for better planning in West End when real gains seem so unlikely?

What we saw with the Absoe [West Village] development was interesting in that the State Government ended up calling in the development. But that was a particularly big project, and it was purely as a result of community pressure that we saw so many changes on that site. And while the ultimate outcome was a long way from what I would have liked, I think the fact that we pressured the Government into at least making some changes shows that they are on some level responsive to community pressure.

It’s hard to sustain and build energy when in a way it feels like we’ve had a lot of big losses. I think the first point to make is that people have been pushing back against unsustainable private development, and the commodification of land and profiteering from property speculation, since well before Expo. This is something that goes right back to the invasion of South Brisbane in the 1800s.

Often, we focus a lot on the specific buildings that do get approved, because they are the visual signifiers of “failed campaigns”, but every campaign against a specific development project contributes to a broader narrative of struggle that applies broader political pressure against gentrification and unsustainable development.

When you look for example at the rest of Boundary Street, which is so close to the CBD and so close to the heart of Queensland capital, the fact that all those character buildings and shops have been preserved along Boundary Street is in a way, miraculous. And part of the reason for that is that West End has such a strong history of campaigning against property speculation and gentrification and development. And really, if you go for a tour around West End you see how many properties are listed as local heritage or state heritage – how many properties protected by pre-1911 overlays and various other limits on private development.

There are actually a lot of formal protections on a lot of particular sites, and that relates to a general culture of pushing back against projects that we don’t like. So rather than focusing on individual developments and saying, “We had a big rally, but the project still got approved, I guess that means we lost”, we need to look at the built form, and the cultural landscape of the community as a whole and realise how much we’ve been able to protect. Even simple comparisons like the fact that West End still has a really vibrant counter-cultural arts and live music scene, and a really strong pride in its Indigenous heritage, compared to other formerly diverse suburbs like Paddington and New Farm, I think it is really striking. Paddington and New Farm have gentrified in ways that West End still hasn’t, and I think the years of community campaigning are a key element to that.

I’m still in discussions with Council about closing the northern end of Riverside Drive to cars.  Unfortunately, there’s still a bit of political resistance because it seems some people in the Council administration really want to retain that parking for the time being. But what we’re proposing in the near future, is on the weekend of 7 and 8 August, were going to temporarily close Riverside Drive, north of the boat ramp – just for the weekend. We’ve worked with Council and the Police, and we’ve launched a notice of intention, as we would for a protest, and we’re going to put some road closed signs, just past the boat ramp and the pontoon.

It’ll be a little bit of a trial to see how that goes. And what happens if the tradies can’t park their utes up there on the weekend. And we might even look to do that on a more frequent recurring basis.

I would have said that maybe spending hundreds of 1000s of dollars on upgrading that boat ramp isn’t, perhaps the best use of money. $464,000 or nearly a half a million dollars. That’s a lot of money for that little boat ramp. Council is probably right that it’s not up to modern standards but when you think of what else we could spend half a million dollars on, that is surely not the highest priority for our suburb.

Now another little local update to keep people aware of is that we’ve been talking to Council a little more about the possibility of turning the small car park near the sailing club into a bike riding circuit for kids.

It’s still in the very early stages of the proposal and once we have a concept design we’ll start consulting with residents. The idea would be to put in a gate at the front, put in a few little drop jumps and maybe a barrier, closer to the river, so that bikes don’t right off the edge, and then turn it into a circuit track for children.

It only has about 10 parking bays, but it’s a really big chunk of the park. And those car parks have some of the best views in the city, so it’s not the best use of parkland space.

We also discussed announcement by the Lord Mayor of the proposed purchase of industrial land at Kurilpa Point land for Olympics Media Centre and Park. See Story here: