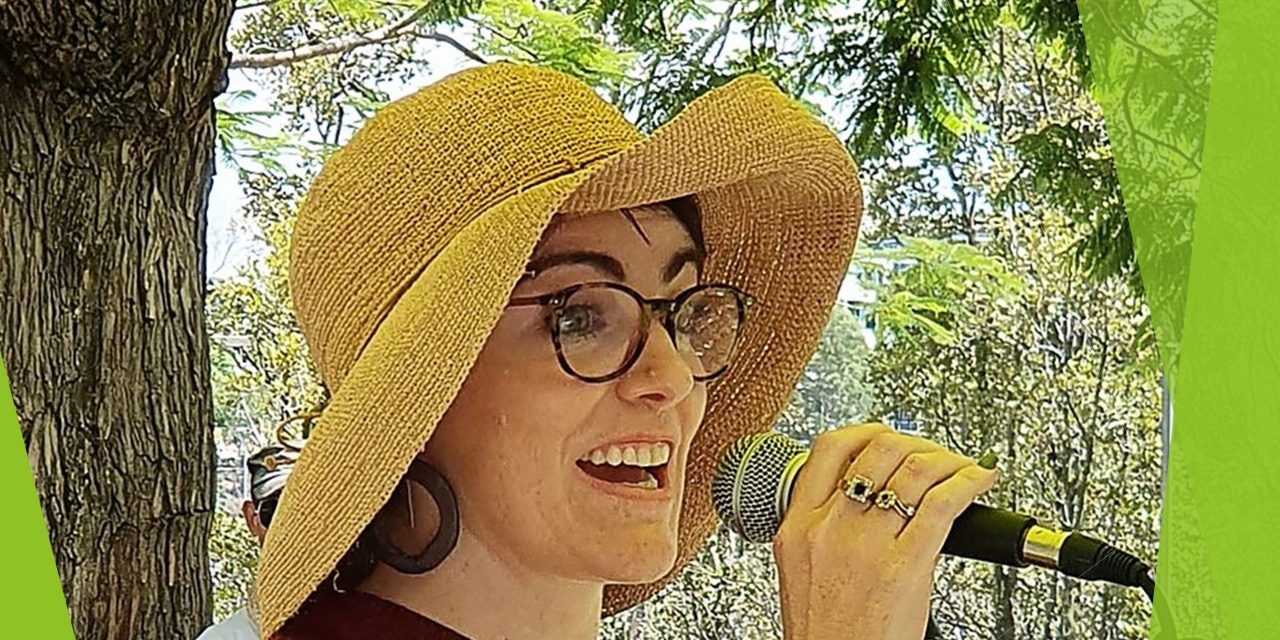 Twenty years ago, The Westender would publish regular updates from our local elected representatives – so we thought we might revive the idea. Here is the first of her updates from Member for South Brisbane Amy MacMahon MP on her Rental Reform Bill, a new separated bikeway for Vulture Street, and the announcement of new parklands on Kurilpa Point.

The campaign against the Davies Park development, and the work that has emerged since the Olympics announcement, has been a major part of the work being done by my office.  In the interests of avoiding overlap, I will leave this to Jonno to catch you up.  See  Councillor Sri’s update Here.

Here is some other news from the South Brisbane Electorate Office, noting that Parliament is sitting for budget estimates at the moment, and there will be some more news coming on that front.

The Housing Crisis and Rental Reform

Housing security and rental reform have been a recent focus for my team. The housing crisis is worsening and here in the office we are seeing the result of under funding and cuts to housing and support services – More people in increasingly tougher situations have been reaching out for help. In Woolloongabba house prices have grown by 13% in just the last year and vacancy rates across the electorate are ridiculously low.

I note Westender’s article from last month covering this issue. Since then, beyond individual case work, our office has also hosted a forum, activated volunteers, and held a rally at Parliament House. We were able to facilitate 714 submissions to the government regarding rental reform, with more than 800 submitted in total. You can read my response to the submissions here. The Community Support and Services Committee also held a public hearing and is due to report back to Parliament in August – meaning legislation is expected to be passed anytime from August.

It was interesting to see the response from the Government and the Minister for Housing regarding my private member’s bill, they claimed that removing ‘end of a fixed term lease’ as grounds for eviction is a violation of human rights, and that it would reduce the supply of rental housing. However, this was quickly dismissed by the Queensland Human Rights Commission on 8 July 2021:

“While much of the conversation has so far focussed on the property rights of property owners, there are also rights held by tenants which need to be properly considered – including their rights to protection of families and children, and freedom from interference with their home, which is protected under the right to privacy and reputation,” says Commissioner Scott McDougall.

Property rights are protected under section 24 of Queensland’s Human Rights Act, but the Commissioner warns that it is important not to overstate the extent of the right. “For this right to be unreasonably limited, a person needs to be ‘arbitrarily deprived’ of their property. Preventing a lessor from ending a tenancy once the lease is ended unless a specific valid reason is available may amount to diminishing the property rights of a lessor, but would probably not amount to an ‘arbitrary deprivation’ under the right to property,” says Mr McDougall.

The Commissioner says that given significant housing instability and homelessness in Queensland, there seems a clear justification for limiting the rights of lessors by requiring them to provide a reason to end a tenancy at the end of a fixed term lease. “In actual fact, the tenant’s rights may be more limited than the lessor’s in this situation, as the right to freedom from interference in their home is protected as part of the right to privacy under the Act,” explains Mr McDougall.”

You can view the full media release from QHRC HERE.

Further, there is no evidence that ending no grounds evictions would reduce the supply of rental housing – renters would have more secure, longer-term leases, instead of being forced to find a new rental every 6 to 12 months, competing with dozens of other tenants at each inspection. Additionally, if landlords wish to sell under improved conditions for renters, they’d be selling to either another landlord (property would remain available to rent), or to an owner occupier (which would remove the owner from the private rental market).

If residents are interested in getting more involved in our housing campaign, we have an online introduction and training session on Tuesday 3 August. RSVP Here.

In last year’s budget there was an announcement for $10 million towards South Brisbane bikeway projects. I received a briefing earlier this month from the Department of Transport and Main Roads and they indicated they would  be installing a separated bikeway along Vulture Street – connecting the Woolloongabba Stanley Street bikeway to West End, providing a direct connection to both the South East Veloway and Goodwill Bridge. This is a crucial missing link for cycling infrastructure in South Brisbane, it has been something The Greens and local cycling advocates have been long calling for, in order to keep all road users safe. I asked about the timeline for this project and the Department indicated they hope to deliver it in 2023, with community consultation happening later this year. I will let everyone know via email, social media, and mail, when this process begins.

Announcement regarding parkland on the Kurilpa Peninsula

On Monday night the Lord Mayor announced that seven hectares of land along Montague Road would be bought by the council and the state government to host the media centre for the 2032 Olympics. After the games they’ve committed to turning this into what they’re calling a ‘7ha multi-use parkland and suburban renewal precinct’. From the maps it looks like it’s where the glass factory is now along Montague, just to the west of the Go-Between Bridge.

Turning these old industrial sites along Montague Road into parkland is something Kurilpa Futures, West End Community Association and Jonathan Sri have long been calling for, so I am very excited to see that this might finally happen. It’s something that I campaigned on in 2020, as well as proposing that the design of the new parkland and facilities would come through community consultation to ensure it meets the needs of local residents and the broader community. I will be pushing for the government and the council to meaningfully consult with local residents about what this site should look like. I will also be watching carefully to ensure that no part of this site is handed over or leased to developers.