Q&A with Jonathan Sri – Does Riverside Drive need a Masterplan? 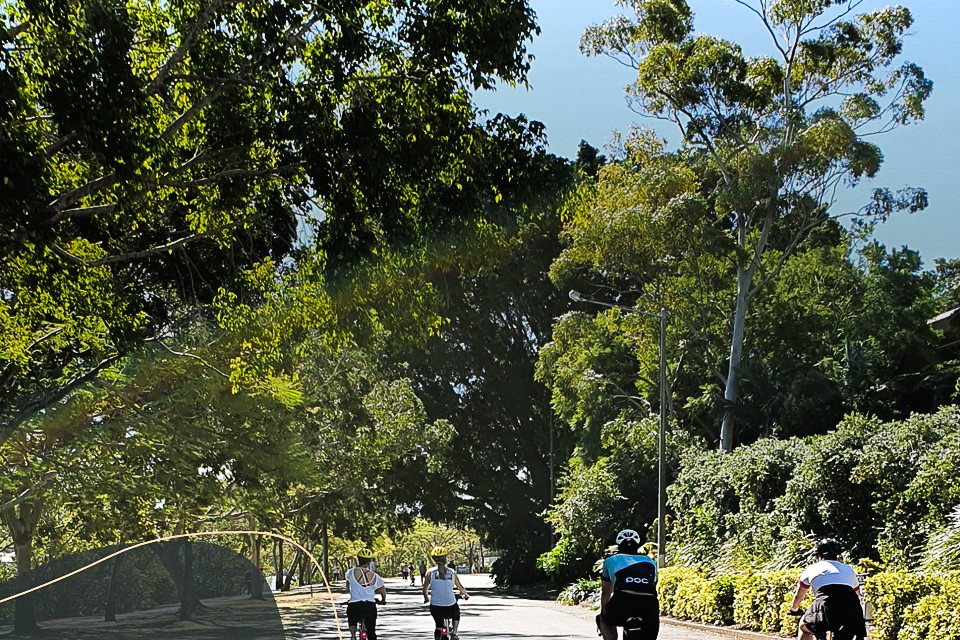 Recently Councillor for The Gabba, Jonathan Sri, put out a call out on Facebook proposing a collaborative participatory design process for Riverside Drive.

The Westender asked Cr Sri what he has in mind. See our Q&A below and let us know what you think.

What is a masterplan?

The term ‘masterplan’ is a little ambiguous, holding slightly different meanings in different planning contexts. For a public site like Riverside Drive Parklands, a masterplan document would attempt to show predominant current uses for the park, identify likely and desired future uses for the park, and sets out how different parts of the park should be improved or developed over time. Ideally, a masterplan should also include aspirational timelines for when different elements are to be delivered, and clearly identify stakeholders (e.g. community groups, adjoining landowners etc.) who have a special interest in different parts of the park. If some parts of a public are to be leased out to private management, that needs to be clearly articulated. Anticipated changes to neighbouring land uses, such as if nearby private sites are likely to be rezoned for higher-density development, or acquired for extra green space and amalgamated into the park, should also be shown.

For comparison, BCC’s recently published ‘Victoria Park Draft Vision’ is not quite a masterplan as it doesn’t offer enough detail about when different elements are actually going to be delivered, and is also silent about important considerations like stormwater flow mapping and management.

A masterplan doesn’t just show how members of the general public would use a park, but also identifies ‘back-end’ technical features like how council maintenance vehicles would access different parts of the site, and how native wildlife is expected to move within and across the park.

Council’s current ‘Neighbourhood Plans,’ which usually cover an entire suburb or a couple of suburbs, are very different, as they simply identify what different blocks of land will be zoned as, without going into much detail about specific locations for future infrastructure.

Why should masterplans include delivery timelines?

It’s important for a masterplan to include timelines, otherwise such documents can have the unintended effect of preventing flexible adaptation and temporary activation. For example, if a masterplan shows that a certain area is one day proposed to be used as the landing for a footbridge, and in the meantime residents want to establish a community veggie garden there for a few years, council decision-makers might feel obliged to reject the garden idea. Whereas if the plan clearly says that the bridge won’t be constructed until sometime between 2025 and 2030, then we’d know it’s ok to set up a short-term urban farming project there for a couple of years, and structure the project accordingly.

Why is it important to have a masterplan for Riverside Drive?

This park is subject to particularly high-intensity use compared to most suburban parks, and that usage is likely to intensify further as more people are crammed into the inner-city. A masterplan is particularly important where:

In the case of Riverside Drive, there are a few big projects on the horizon that all stakeholders need to be aware of, including the proposed West End to Toowong footbridge, the proposed future expansion of the park by acquiring industrial land along Montague Rd (this is identified in vague terms in the Local Government Infrastructure Plan), and the proposed CityCat terminal near Victoria St (identified in the South Brisbane Riverside Neighbourhood Plan). There are also various leased areas along the riverfront park including for rowing clubs and sailing clubs, and a range of different community groups that uses and partially maintain different parts of the park regularly – such as various running clubs and boat ramp users.

Some of the current and future uses of the park will conflict with each other directly if not properly managed. For example, the park’s role as a calm green space where young kids can play freely might be in conflict with its role as a high-volume active transport corridor, which will likely intensify after the footbridge is built. Similarly, the desire for rowing clubs to expand their facilities and intensify usage as memberships grow might have a negative impact on green space, vegetation and native wildlife. And of course, the desire for riverside vehicle access so people can unload boats and jet skis at the boat ramp is in conflict with other aspirations to make this parkland largely car-free.

Right now, there’s no readily available holistic document that identifies all the current and future uses of the park. Even BCC’s regional parks coordinator, who is responsible for maintaining vegetation and advising on decisions such as where a new playground should be installed, does not have a clear understanding of where footbridges or ferry terminals might be installed in future, which makes it hard to decide where to plant new trees or install wider footpaths.

What would a collaborative participatory design process look like?

This is a big question. A participatory process would need to be well-resourced, well-promoted and widely accessible.

One of the risks with under-resourced processes is that they might not cast a wide enough net, or the workshops and sessions might be less accessible to some demographics and stakeholders than others, resulting in very skewed and non-representative participation. For example, census data shows that at age 32, I am older than half the population of the Kurilpa Peninsula. Yet whenever I attend any kind of ‘official’ community consultation run by council or the private sector, the majority of attendees are significantly older than me.

You would probably want to start with a small steering group of interested locals and key stakeholders (such as the local councillor) who are responsible for ensuring the broader process is as accessible as possible for a wide range of demographics and stakeholders, and can recommend a basic structure of community engagement and decision-making. A collaborative design process needs to be flexible and adaptable, evolving over time in response to the needs of the participants and the community. For example, you might start out by deciding that you want to hold a range of small face-to-face workshops, but realise later that you need to also have more online meetings to engage people who can’t meet in person (and vice versa).

There’s a lot of expert knowledge within our local community that a collaborative design process could draw upon. Instead of having to formally consult with dozens of experts on ecology, placemaking etc, we could tap into the knowledge of volunteers who specialise in a given discipline but who also know the local area well.

An important early step would be information gathering and sharing, making sure everyone is pooling knowledge and resources about how the park is currently used, and what some of the major changes on the horizon are. For a collaborative design process to be effective, participants need time to get up to speed so they have a baseline level of knowledge to make good decisions. This is one of the crucial differences between pure ‘direct democracy’ and deliberative democracy. If participants are voting on specific choices and making decisions without first knowing enough about the underlying issues, they might make bad choices.

Council’s role in all of this would be to provide resources for the process, including paying for good quality facilitation. Council would also need to help promote the process and transparently provide information (such as releasing all the documents that are usually not available to the public). Important, council would need to ensure that staff on the ground, such as the officers who plan bikeways and bridges, and the officers who plant the trees and maintain the park facilities, are able to attend workshops with the wider public so that they can share knowledge.

For such a process to be meaningful, effective and worthwhile, it is crucial for council to be willing from the outset to respect the outcomes of the participatory design process and support collective decisions even where they might conflict with standard council policies. For example, if the community decides democratically that we want to plant up a bushland reserve with dense understorey vegetation, but council’s standard policies require clear sightlines through the space, the council would need to be open to making exceptions. If the council insists on treating a community design process simply as a consultation rather than a collaborative decision, and is not going to respect the results and outcomes as legitimate, then residents won’t feel like it’s worth their time to participate.

In his post, Cr Sri put these questions to residents:

Tell us what you think.

Thanks to Jonathan Sri for participating in this Q&A – if there are other matters you would like The Westender to ask our elected representatives, please provide comments below.