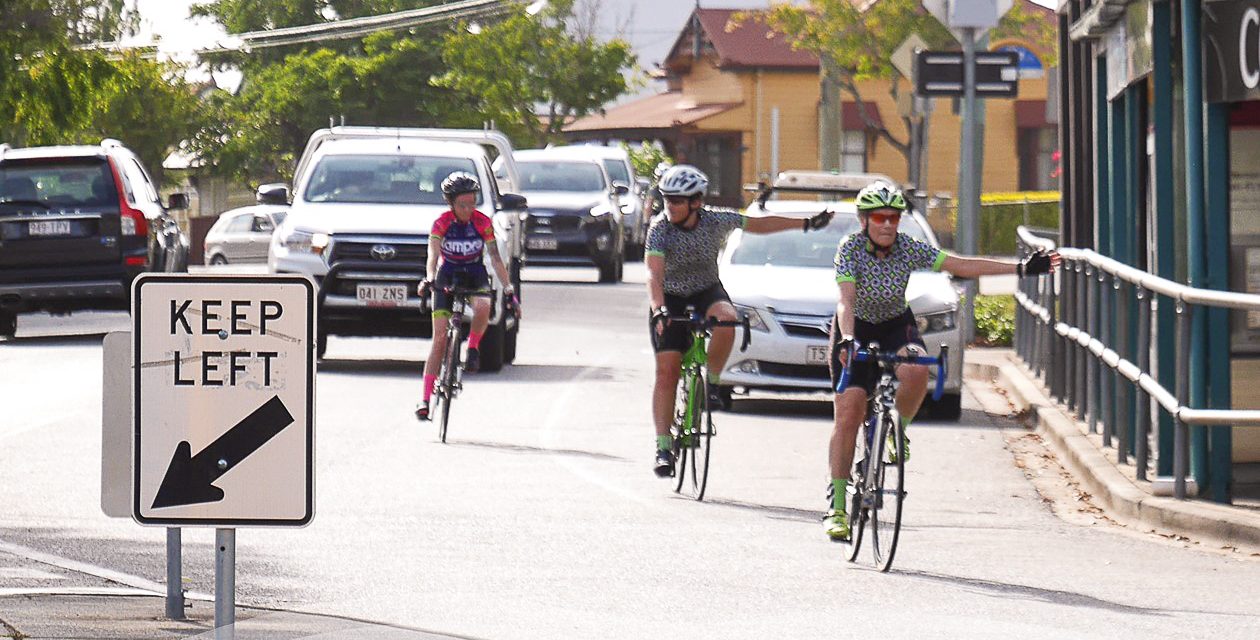 Last week the Royal Automobile Club of Queensland (RACQ) released a statement outlining research that it says reveals that up to two-thirds of Brisbane CBD roads popular with cyclists had no safe cycling infrastructure.

The RACQ’s Head of Public Policy Dr Rebecca Michael said the research used AusRAP star ratings of infrastructure safety and crash risk analysis to identify 22 popular roads in the Brisbane CBD and surrounding suburbs as the most dangerous for cyclists.

“Around South Brisbane and Kangaroo Point, there’s a lot of room for improvement, with Montague Road, Vulture Street, Shafston Avenue and Main Street among the worst for cyclists – and these are some of the busiest roads for bikes and cars,” Dr Michael said.

“Roads like Adelaide Street, Edward Street and Ann Street in the CBD, as well as Dornoch Terrace nearby, are also some of the riskiest.”

“The reality is crashes involving cyclists are often more severe and unfortunately cyclists are more likely to be seriously injured or killed as a result.”

Dr Michael said the RACQ predicts that the installation of separated cycle lanes and other safety improvements on all surveyed roads will save 182 severe and fatal injuries over the next 20 years and is calling on Brisbane City Council to implement improved on and off-road cycling infrastructure and treatments aimed at reducing risk and lowering speeds at conflict points.

“Cyclists are some of our most vulnerable road users, and having safe infrastructure is the right start but ultimately, we need everyone to play their part to ensure we all get to our destinations safely.”

Councillor Ryan Murphy, chair of Brisbane City Council’s Public and Active Transport Committee said that over the past four years, Council has accelerated dedicated cycling infrastructure in Brisbane and has partnered with the State Government to deliver the Citylink Cycleway which will provide a trial of safe and protected bike lanes in the city centre.

Cr Murphy said Council would be happy to work with the new State member and the local community to revisit the Dornoch Terrace safety improvements project, but he did not comment on how or when Council proposed to engage with the community.

“We recognise that West End is a vibrant part of the city with a growing local business precinct and that’s why work is underway at Montague Road and Victoria Street to upgrade this intersection and boost safety for all residents,” Cr Ryan said.

Andrew Demack Director of Advocacy with Bicycle Queensland (BQ) said that while Dornoch Terrace is one of the busiest road cycling routes in Brisbane, it is not the only corridor of concern on the Kurilpa Peninsula.

“Our view is that there are more zones in West End that would benefit from better active transport infrastructure, especially close to West End State School.  So, it’s not just about Dornoch Terrace, but the whole West End suburb.”

“Everyone wants the roads in local areas to be safe for all users. Many people live in West End specifically to be able to reduce their dependence on cars. We’re keen to see all local streets in West End have lower speed limits. At present there are side streets that are 50km/h where the ‘main’ street is 40 km/h.”

Kurilpa Futures agrees with Bicycle Queensland that cycling safety issues are peninsula-wide and that lower speed limits will go some way to addressing identified safety issues.

“Kurilpa Futures understands the conflicting needs of cyclists and Dornoch Terrace residents. The solution will need broad support and should not rely on one solution but a combination of initiatives to improve the safety for all road users, including pedestrians. One measure that Kurilpa Futures strongly supports is reducing the speed limit to 40kph (and under 40kph when needed) throughout the Kurilpa peninsula.”

Mr Heywood said that it is significant that a motoring organisation recognises that the long-term interests of car drivers will be best served by safe and collaborative sharing of common movement channels by all users.

“Only last week another accident occurred at the Hoogley Street roundabout, just off Dornoch Terrace, involving hospitalisation of a cyclist.”

Mr Heywood referred to the RACQ’s proposals for segregated cycleways and “bike boxes” at the head of bike lanes at traffic lights as “gold standard” within a multi-pronged approach that includes speed controls and visibility improvements.

“This is research that goes somewhere, and it should help the rest of us to do so, too, with improved safety and social justice,” he said.

Mr Heywood said a fresh approach to Dornoch Terrace safety plan, “…can be best advanced by facilitated joint workshops in the spirit and procedures of “deliberative democracy” also including residents and community organisations, council transport planning and engineering staff, representatives of bicycle organisations such Bicycle Queensland and Space 4 Cycling as well as participants from Queensland Walks.”

“As a well-informed and intentioned contributor, we should also seek to involve Rebecca Michaels, Head of the RACQ’s Public Policy. She has established her credentials.”

Kurilpa Futures has been calling for a comprehensive plan for Montague Road and the corridor of roads between Montague Road and Gladstone Road for some time. The group recently presented a petition to Council calling on it to implement a Local Area Traffic Management Plan for local streets.

West End Community Association (WECA) Vice President, Cameron Murray says that the identified safety issues in the RACQ study can be attributed to the deliberate densification of the Kurilpa Peninsula and that Council has a duty of care to take action.

“Unsafe arterial roads in the West End-South Brisbane area for cyclists and pedestrians are the inevitable outcome when you plan for high-density housing yet fail to upgrade the low-density road network.”

Mr Murray said that there is full support in the community to upgrade these major roads for safer cyclist and pedestrian access, “…even driving advocate RACQ sees the value of providing separated cyclist paths in these transport corridors.”

“The lack of investment appears to be a political choice. If billions of dollars can be found to upgrade key roads in other areas, such as Kingsford Smith Drive and Lytton Road, then the budgetary cost impact cannot be a plausible excuse given the rapid densification in the 4101 peninsula.”

“With currently planned densities, the 4101 area will likely grow to over 50,000 people. This is more than Gladstone. Yet the road network had seen very little change. Council has a duty of care to provide a safe accessible road network to accommodate the density they have planned. The active transport options of walking and cycling were one of the reasons that the area was targeted for densification, yet without road upgrades, these options are becoming an unsafe and inaccessible transport alternative due to conflicts with rising vehicle traffic,” Mr Murray said.

Kurilpa Futures’ Phil Heywood observed that it is encouraging to see the range of user groups coming together to address issues of common concern and, he says, he would hope that both levels of Government and their representatives can work together for the benefit of the community and all road users.

“The joint State Government and Council Active Transport Advisory Committee which was established in July 2020 appears to be ready made for the purpose of advancing active transport infrastructure on Kurilpa Peninsula.”