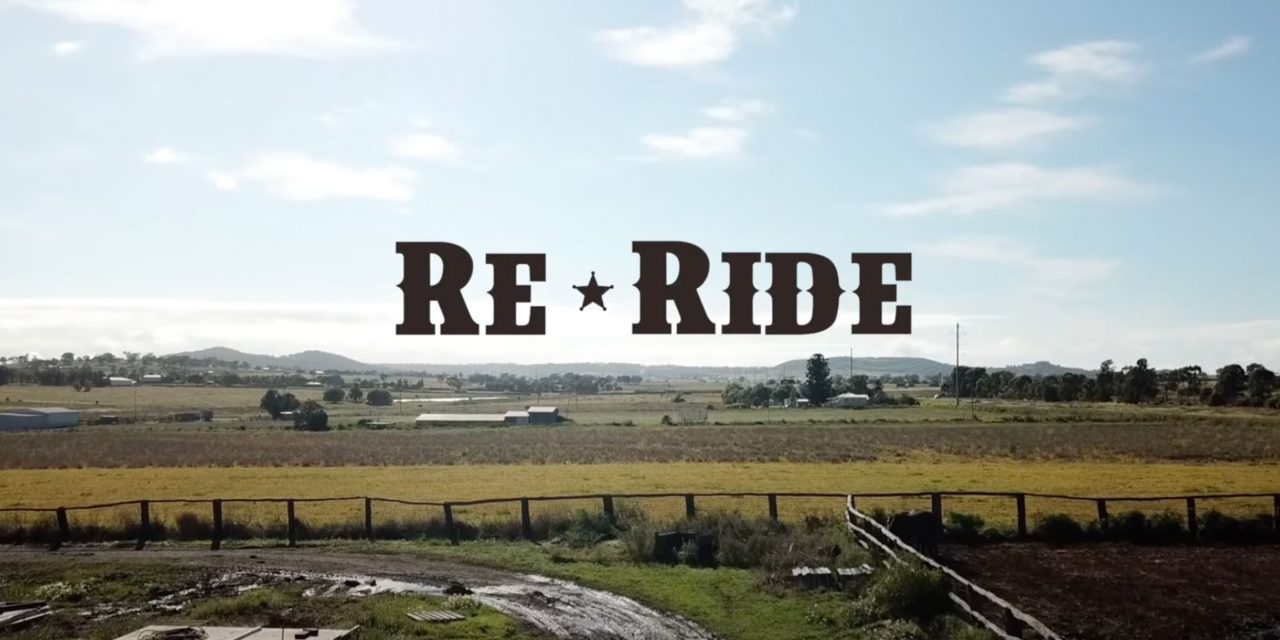 Re-Ride is a short film about Peter Halpin’s inspiring journey in overcoming alcohol addiction, showing that recovery is possible. One day at a time, Pete overcomes his alcohol addiction through the help of family, friends, and the rodeo culture that embraced him. The rodeo lifestyle helped Pete reign in his alcohol addiction, disciplining his mind and body, to improve his mental health and physical health, and maintain sobriety.

Dylan Nicholls is a Yuwaalaraay man who grew up in Dubbo and now works as a psychologist in Brisbane.  Last year he sought to foster his ongoing love for film and started Wandarra Media. Re-Ride is Dylan Nicholls’ first short documentary and was produced with his friend and associate, Mark Sturmer.

How did Re-Ride come about?

Re-Ride started with one of my best mates who lives over in Toowoomba, Mark Sturmer. He was the producer of the film. I went to school with him and we would make videos together. He was telling me about this guy he worked with, who was in his 60s and was really into fitness.

Mark just couldn’t believe some of the exercises he could do and he suggested we make a video about this guy at some point, doing all these wild fitness feats.

Initially, it was going to the gym with him and recording him doing these different exercises, maybe we’d put a video together to give to him, and then he can share it with his family. That was the initial idea. Then I started to hear a bit more about his story and realised there’s a lot more to it. It all happened as we went, rather than it being planned out.

What lead you to filmmaking, and documentary, in particular?

All throughout my childhood and up until now, I’ve always had an interest in film.  When I was living on the Gold Coast in 2017 I started this Meetup group, which at the time was called the Gold Coast Indie Filmmakers. It was a group of amateur filmmakers, people who had an interest in film. We would meet up on weekends and talk about movies. It eventually got to a point where we were a bit bored of talking about things and actually wanted to make something.

There was a group of five to ten of us so we developed a little short film screenplay. There was no dialogue in it and someone in the group had a property at Jimboomba. So we just went to their place and shot the film that day.

Working in mental health you start to see and hear all these different stories from people about their lives. I think I’ve started to connect a bit more with the documentary form. I’ve always been drawn to really naturalistic films, movies that are borderline between fiction and documentary.

At this stage of my life, I am more interested in stories that involve mental health or stories relating to First Nations Peoples in Australia. But mostly I’m just sort of working it out as I go.

Alcohol addiction isn’t always easy to talk about, let alone make a film about, what skills did you draw on in terms of working with Peter to tell his story?

Working as a psychologist, you develop experience and skills around making people feel comfortable and building trust and rapport pretty quickly. In reference to the sensitivity aspect of it, I guess having a bit of an idea of what to leave out and what to include. Maybe some stuff that he would have said to us in the interview was pretty personal for him. If it wasn’t serving the story, or if it was just crossing that line of being too much into his private life then it was just best to leave it out. I think working as a psychologist probably helps with building that comfort and also making some of those decisions.

Probably one of the main things we did was give him enough space or room to tell his story in an authentic way, without detracting from it too much. Conversations like that probably don’t happen too often with people and especially guys find it more difficult to open up about that stuff. Doing it in a way where people were getting access to someone telling a deeply personal story and trying to make it as raw and natural as possible.

What was your biggest learning curve in making this?

There was just so much that I learned through it. I think the main things that came up were the pacing of it. We had so many different edits and drafts to begin with. Trying to get that right and wanting to have that breathing room after each little section. Not really knowing how to do that and where to put music, whether it’s too much or not.

The other thing I learned was that it was a confidence thing, where I realised I could make something and that as long as I had an idea I could follow through and not give it up.

Also having people there helping me out. I had my best mate Mark who helped with some of the shots as well and we were always having conversations back and forth about things. My partner was there on one of the shoots and she shot a bit of broll as well. It was good to have people there and also have that supportive environment. You didn’t feel like you have to do everything.

I’d recommend The Look of Silence, a documentary directed by Joshua Oppenheimer, which is a companion piece to The Act of Killing by the same director. It plays out with a guy from Indonesia whose family was affected by all these killings that happened back in the day. He goes and confronts the killers and does it in the most compassionate way and tries to really understand where they are coming from. It’s just so beautiful, I’ve never really seen this done as well, or even seen it as much in films. The idea about when there’s a group of people who may have committed an atrocity or done something really bad, how do they deal with that guilt and how do they atone for it?

If they don’t atone for it and they don’t ask for forgiveness, how does that still weigh on their minds? And how are they able to still live knowing that they have that sort of inner conflict? And that movie is just such a good exploration of that.