The realm of the screen 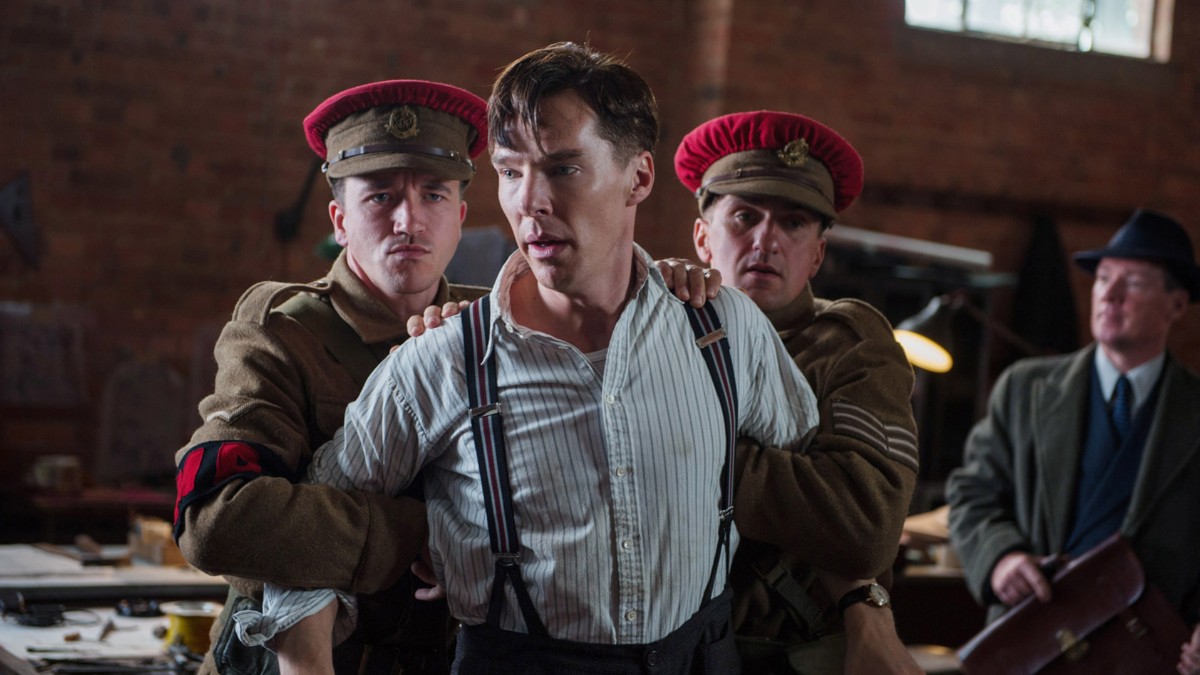 In 1900, mathematician David Hilbert challenged the Second International Congress of Mathematicians in Paris by identifying a dozen unsolved problems that would shape the mathematics of the century to come.

A number of them concerned the structure and integrity of mathematics itself, attempting to determine if it was completely consistent and other logical challenges that overlapped with philosophy and physics. Many of these problems broke down more complex theories about sets or fields into step by step problems built on positive integers, showing that if something was true for the set all numbers then it could be extrapolated to be true for other numbered sets. 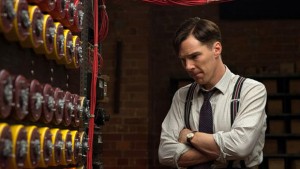 Turing urging his Universal Machine to do its thing

In 1935, at the age of 23, British mathematician, Alan Turing tackled the tenth problem about whether all problems can be computed by describing an idealised, imaginary computing machine … “Computing is normally done by writing certain symbols on paper … I assume that the computation is carried out on one-dimensional paper, i.e. on a tape divided into squares. I shall also assume that the number of symbols is finite …”

He went on to show that such a simple machine could be programmed to calculate anything one can think of, including the Herbrand-Goedel recursive functions at the heart of Hilbert’s tenth problem.

Each of you reading this has a ‘Turing machine’ in your telephone, another in your watch and a number of them in your car. I type this article at one. In the last seventy years the computer has gone from being a concept that helped advance a mathematical proof, to a ubiquitous tool for storing and transferring knowledge: creating its own philosophical challenges on the way.

Incredibly though, Turing is not only famous for the his foundation work on the computer, or the famous test for artificial intelligence that bears his name, he also led the team that cracked the German’s Enigma code, saving millions of Allied lives in World War II and saving the British from starvation and submission to what was, until then, a completely victorious German Army.

Even more incredibly, he did not die as a celebrity for these two incredible achievements, he committed suicide, quietly at home by eating a cyanide laced apple, a fugitive from the state convicted of the, then, crime of homosexuality. The top secret nature of his work in the war prevented anyone knowing the full extent of his contribution until mid-1990s when the relevant documents where declassified.

By then, his computing machines were ubiquitous, the Berlin Wall had come down and the horrors of the Second World War were in the process of being supplanted by the horrors of a new world order. Turing was old news.

The Imitation Game unpacks this story, recounting it from the simple house robbery that led to his arrest and charging for indecent behaviour and subsequent suicide. It is a story beautifully told with gay icon Benedict Cumberbatch in the lead role and beauty Keira Knightley as his muse and counterpoint.

Cumberbatch is brilliant, portraying the tortured genius with a subtlety and finesse that will generate renewed admiration for those among us who wander that strange borderline between genius and mental oddity. Kiera Knightley is beautiful, intelligent and challenging, totally believable as the only woman in a totally male domain who manages the thread the byzantine labyrinth of social relations, mathematics and bureaucracy to align the various components.

The central story of the breaking of the code is suspenseful, dramatic and clearly told. A few details are brushed aside in the interest of audience engagement but it is essentially an accurate depiction of what we know about the process. The dramatic importance of the code-breaking capacity and the horrific decisions involved around keeping it secret go to the heart of the dilemma around secrecy and the public good.

At the centre of this effort is Turing’s Universal Machine. This is one of the first instances of the abstract concept at the heart of the solution to Hilbert’s tenth problem being wrought in wires and knobs and it works. It cracks the code and commences the narrative arc that leads directly to the smart phone or computer on which you are probably reading this review.

The overarching narrative about Turing himself, his life and the experiences that made him the man that he was and brought him to his inglorious end are handled delicately and well. With three timeframes running in parallel the challenge for the director and editor is to avoid jerking the audience between realities too often, too fast or too suddenly. They meet that challenge superbly.

The film is a deft combination of historical romance, nerdy revenge, military suspense, anti-authoritarian individualism, gay pride and gorgeous settings. South East England provides the perfect backdrop for the clash between the academic tweeds and starched militarism of the British Establishment.

That the determined individual pitted against the forces of Empire is a stuttering, Asperger-like genius with no social skills only deepens the sympathy of the audience for Cumberbatch as Turing. He may be insufferably awkward and socially inept but we love him all the more for his blunt refusal to bow to the cads, the cocksure commander or the schoolyard bullies of his childhood.

With Keira Knightley as his love interest, even the homophobes will tolerate his sexual preferences, while quietly gloating over his downfall at the hands of the mid-twentieth century establishment.

The overarching presence of the war is well invoked with newsreel footage, pertinent discussion of the news and a few heart-rending moments where it impacts directly on the lives of the central characters. The tangled web of military bureaucracy and intelligence is laid out with surgical precision. “A network of deceit at the highest echelons of government? Right up my alley,” quips the head of the non-existent MI6 who is quietly running the whole show.

Little wonder that this is THE film of summer and appears headed for the Academy Awards like a steam train.

As you leave the cinema and turn on your smart phone to check where your friends are, remember, it is an nth generation Turing machine in your hands. The realm of the screen is the figment of a mathematicians imagination and you, Dear Reader, live in it.