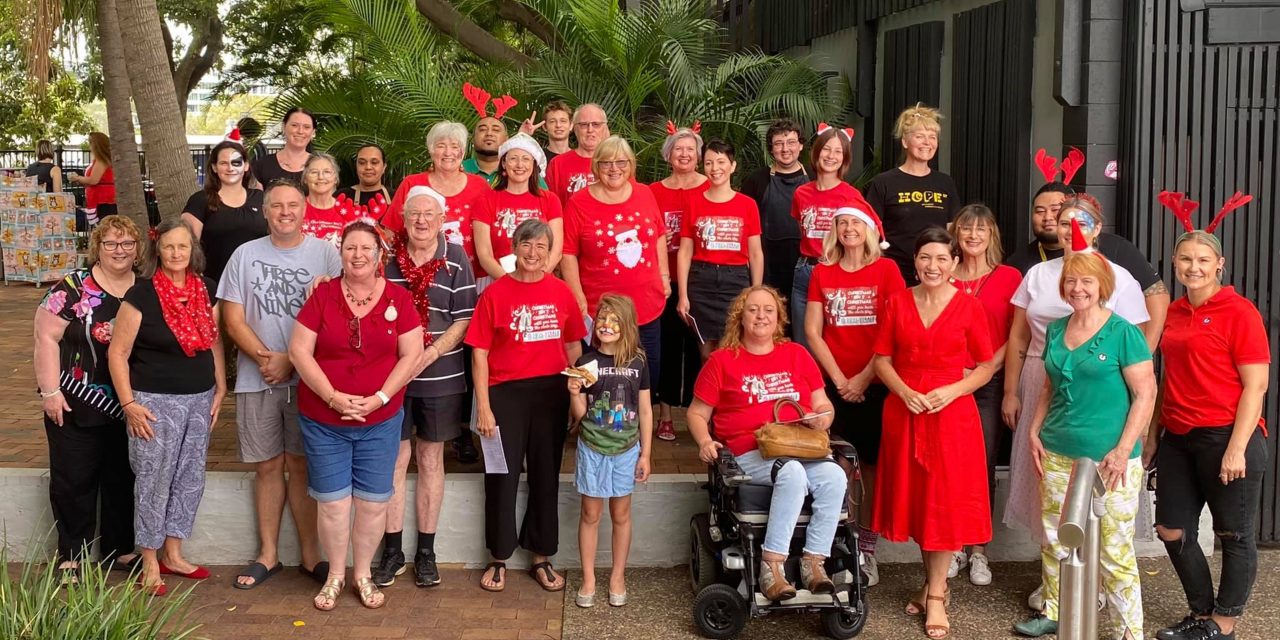 Last week Souths Logan Magpies was presented as a Finalist for the Local Sporting Club Making a Difference Award in the Queensland Community Achievement Awards.

The awards recognise those who work to improve their communities by promoting social, economic and environmental prosperity. They were presented at a gala dinner on 5 November hosted by 7NEWS Presenter, Kendall Gilding.

Judges commended Souths for, “providing hope and happiness to the community through tough times.”

Formed as South Brisbane in 1908, the South Logan Magpies is the only surviving club from the first Brisbane Rugby League competition. They compete in the Intrust Super Cup and pride themselves on their values of excellence, family, and community.

Jim McClelland, CEO at Souths, said it was great to be nominated, “but the people who should have been acknowledged and celebrated are Micah Projects.”

“Sometimes it’s a little bit embarrassing to be acknowledged in awards like this, we just try to help where we can. But it’s groups like Micah that should be nominated for the work they do in the community.”

“We played a very small part in giving them the opportunity to do the hamper run from Davies Park. We don’t have pokie machines, and we try to look after community groups as much as we can, with very limited resources.”

Jim said Micah did all the heavy lifting.

“We were just the conduit to be able to give them a facility to store all the food, and pack all the hampers, that were then distributed by car.”

“It was good for our players to be able to see that not everybody is equal, and some people do it tougher than others. And it’s great for our participants in particular to be able to realise that, sometimes you’ve got to give a little bit, and do a little bit, to help others that don’t have the life that you potentially have.”

Souths has committed to being involved in the 2021 Christmas Hamper Appeal.

“On Friday 24 December, we’ll be doing it again with Micah,” Jim said.

If you want to help out as a donor, packer, or driver on Christmas Eve this year, register HERE.