Shays Shoes: a treat for your feet… 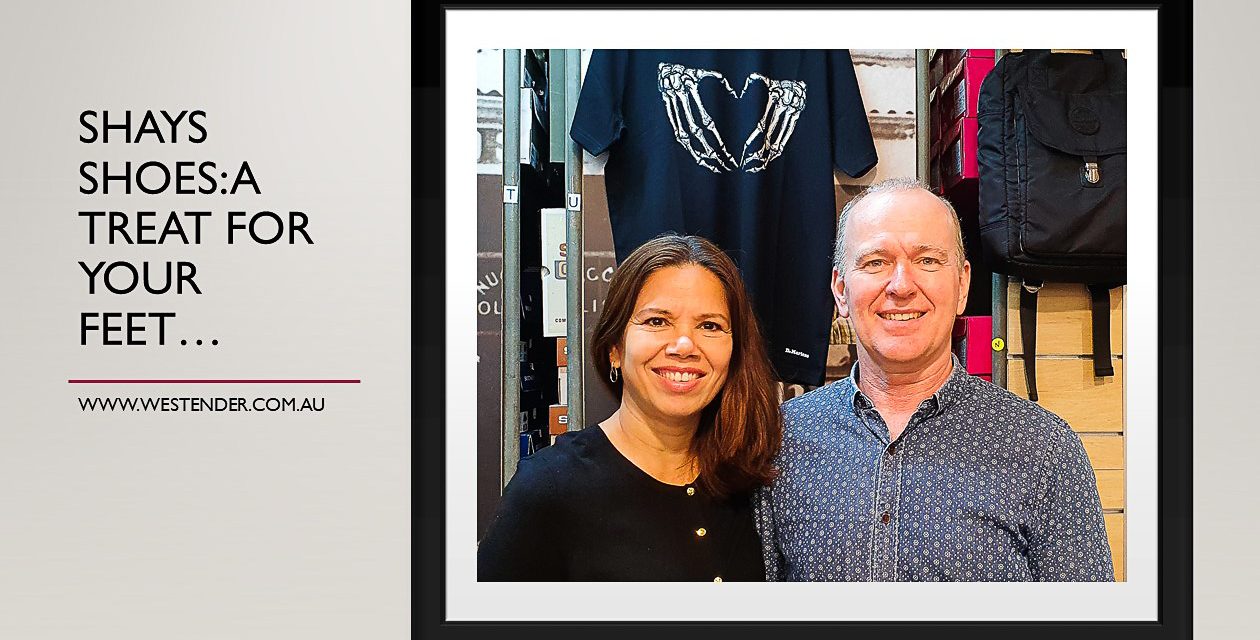 Numerous shopkeepers have been trading for many years in Boundary Street, none longer than the retailer Shays Shoes, established by Bernard Shay in 1901 in a shop at 135 Boundary. Bernard was later joined by brother Dennis Shay, who eventually bought him out. 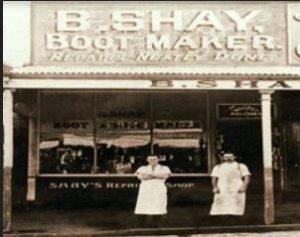 In 1950 Shays moved to its current location at 120 Boundary, further away from Vulture street.

“There was often a queue of people waiting for the doors to open: shoe manufacturers were common but not shoe retailers,” said current proprietor and third generation of this family business, Wayne Shay.

“Shays was one of the main shoe retailers in the strip, others came but didn’t stay”. 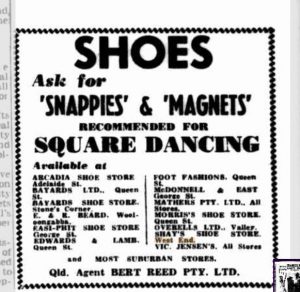 You could buy your snappy dancing shoes at Shays

Shays is a great West End institution and has survived numerous adverse periods in history.

Shays used to source their shoes from down on Montague Road at the Dixon Boot factory and from manufacturers on Vulture Street which was home to a number of shoe manufacturers.

“The reduction in import tariffs and vulcanised shoe manufacturing, a new technique where rubberised soles are fitted under high temperature introduced in the 70s, increased competition. By the late 70s and early 80s, many of the manufacturers had closed down or moved away,” Wayne went on to say.

The Thomas Dixon factory on Montague Road survived the modernisation for a while but was not able to compete with lower-priced imported goods and eventually moved, leaving people out of work. 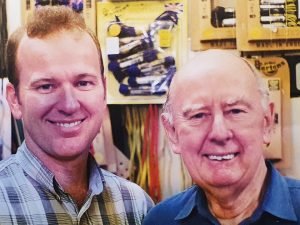 Wayne Shay and his father Greg

It is important to note that vulcanisation went on unabated and this, combined with the continued lifting of tariffs on imported shoes, overwhelmed traditional shoe manufacturing in West End.

The family has now sold shoes for 119 years, with four generations passing on the goodwill and great customer service which has been a hallmark of the store over the years.

Wayne’s father Greg was a committed retailer and worked for 55 years in the store until he retired in October 2005.

Rock n Roll George, a notable Brisbane identity who lived locally in Princhester Street, was a frequent visitor to Shays Shoes where he came to share thoughts. He had bought the same Holden FJ motor car as Greg Shay and would drop in frequently to compare how the cars were running.

The two congratulated each other on having made the greatest purchase of their lives. Greg Shay and Rock n Roll George shared a common bond, a daily ritual. Before leaving the shop Rock n Roll George would often comment on the sky-rocketing price of food, notably carrots! 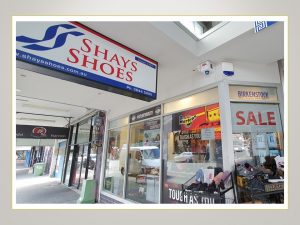 In the last few years, Wayne and his wife Moira have transformed the old store into one that sells a wide variety of quality brands, and shoes for the whole family. It’s a beautiful independent store.

The fourth generation of Shays have now arrived – their son Nathan has recently joined the business.