The Marinelli Family: A sensational West End deli with a few surprises 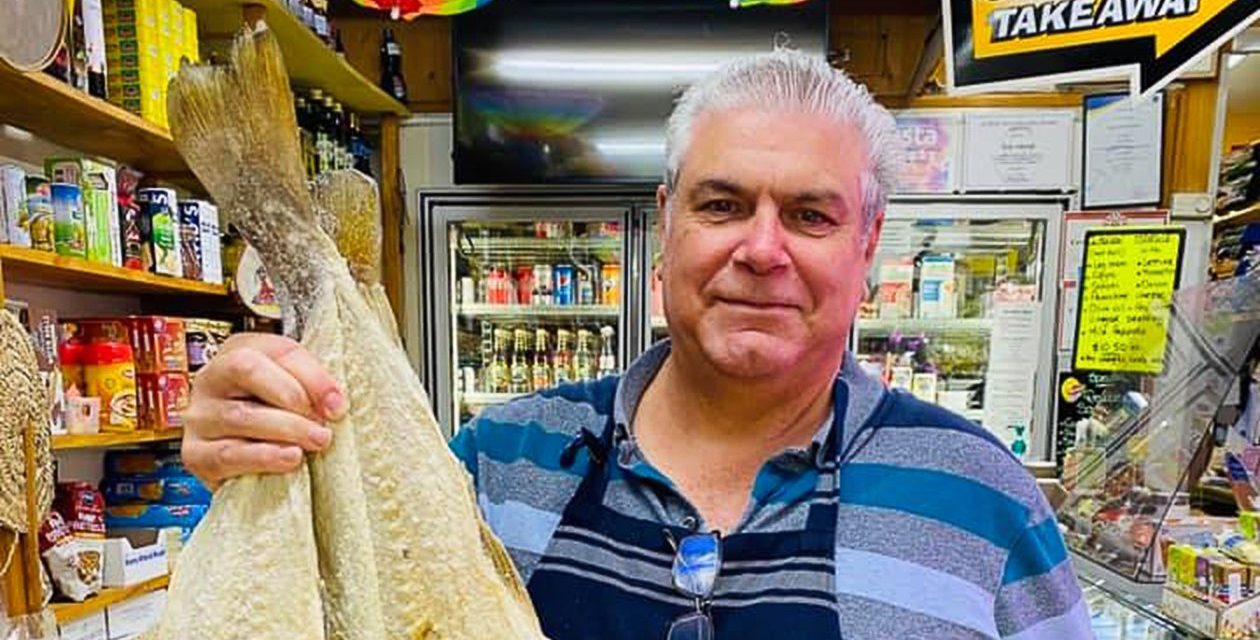 The West End Poultry Shop began its life in the early 1960s in Vulture Street. The shop was moved in 1970 to one of the oldest buildings in the strip at 145 Boundary Street, where the Bearded Lady is now, and was taken over by the Marinelli family in 1971. 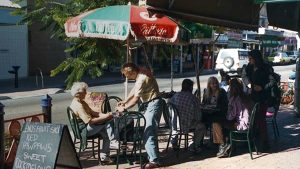 The Swiss Deli was the first cafe in West End to attain a footpath dining permit. Image State Libary Qld

Mrs. Maria Marinelli had worked at the Grey Street Fish Board for a number of years, where she learned the skills of managing and retailing. A brave and entrepreneurial woman, she decided that she wanted to have a family business. So, she and her builder husband bought the West End poultry shop.

They loved the fact that the bus stopped outside the shop, “good for business”, she would say.

Dressed chickens would arrive daily; plucked chickens in all sizes. By 6:30am crates of dressed chicken would land on the back steps of the poultry shop. And it was all hands on-deck before the customers arrived. They sold all forms of chicken, cooked, raw, or whole chickens, or sandwiches: nothing was too difficult for this great enterprise.

The business did very well over the next 10 years, which allowed the family to consider the purchase of the Swiss Gourmet Delicatessen directly across the road. Following discussions with the extended family, Peter Marinelli her youngest son, bought the business in 1987. The next generation was ready. Peter, who had helped deliver poultry around the city, was now set to run a larger business.

This store has since become one of the best delicatessens in the inner city, serving fabulous lunches, Italian and Portuguese delicacies, wonderful pastries, and cakes.

“Oh, and the Portuguese custard tarts are to die for!” 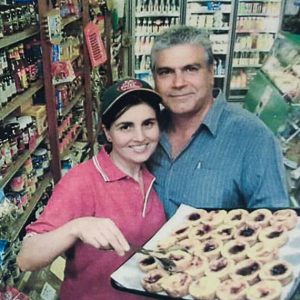 The business had a history of doing catering even before they bought it, but the family expanded the catering section with great success. Peter was the spearhead. His amicable personality and hard work were a valuable resource. Peter’s wife, the other Maria was the Graceful Chef, another key to their success. Peter then went on to become the president of the West End Traders Association, holding the position for many years. He spent lots of time fighting for the rights of other traders, addressing issues such as parking, streetlights, festivals, and trading. 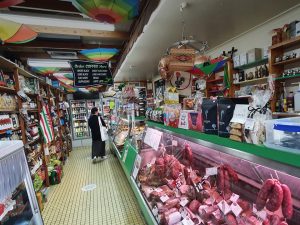 Peter has made a significant contribution to the ongoing success of West End as a thriving community. The Swiss Deli has recently taken on a third generation of Marinelli, Marco, their son has joined the business and is now driving the truck and working in the catering business. Their younger son Anthony is also running the Deli and daughter Marcia helps out between studies and work hours as well.

Remember to order the Reuben sandwich, and don’t forget to buy two Portuguese custard tarts – one is never enough! 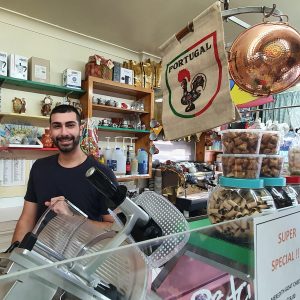 If you want to know more, see this story published by SBS last year – Here

This is the first in a series of vignettes The Westender plans to publish from Phil Vanderzeil covering the history of businesses along West End’s Boundary Street.