Smash Parade and the underscene of cabaret in Brisbane 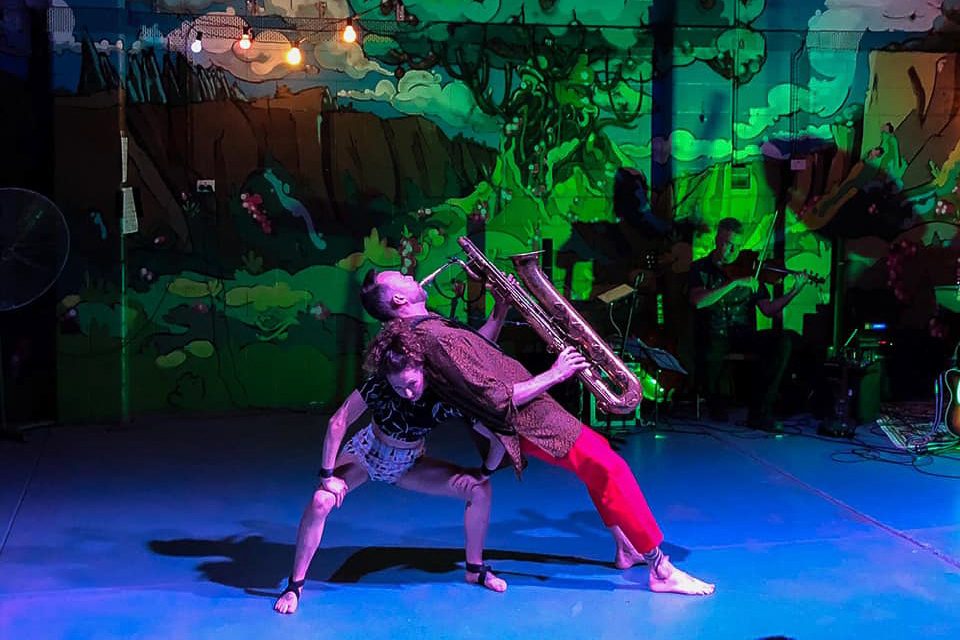 Real talent reveals itself in improvisation: past technique there are emotions. This is why everybody was so in love with jazz when it first became popular. On Saturday, 28 September 2019 Smash Parade brought some of that jazzy vibe into the streets of West End.

Smash Parade is a cabaret show featuring circus and physical theatre performers and three talented musicians. It was hosted at the ever amazing and welcoming Sideshow in Montague Road. Once again, The Sideshow has proven its support for the alternative artistic scene of West End, the Montmarte of Brisbane. The Sideshow keeps feeding the underground cabaret scene of Brisbane recently inaugurated with the show The Imaginarium (read the review of The Imaginarium here).

True to the history of cabaret, Smash Parade has been more than a night of entertainment. It was an event that brought together artists pregnant with ideas and a desire to make this world a bit more beautiful.

Smash Parade was a space for experimentation and improvisation. The musicians Ben Walsh, Shenzo Gregorio and Matthew Ottignon were pushing the boundaries of music at every note that they played. All of them are multi-instrumentalists and played a funky combination of sax, drums, various guitars, and even the cajón from the Peruvian Andes. They messed around with their instruments playing violin with a xylophone stick and the guitar upside down.

The performers David Carberry, Alice Muntz, Alicia Maccarone, and Rhys Miller delighted the audience with witty acts. I can only give a taste of these acts: Alice Muntz danced around, above, and below Matthew Ottignon while he played the sax. She supported his weight on several occasions, a representation which reminded me that behind every great man there is the emotional labour performed by amazing women. David Carberry and Alice Muntz got a push bike going in an incredibly small and slippery floor while twirling on it and lifting each other. David Carberry and Alicia Maccarone did a breath-taking contortion dance. And Rhys Miller delighted us with some impressive tricks on his cyr wheel.

Smash Parade is only the beginning of an alternative underground circus cabaret scene in West End fostered by The Sideshow. Stay tuned for more.