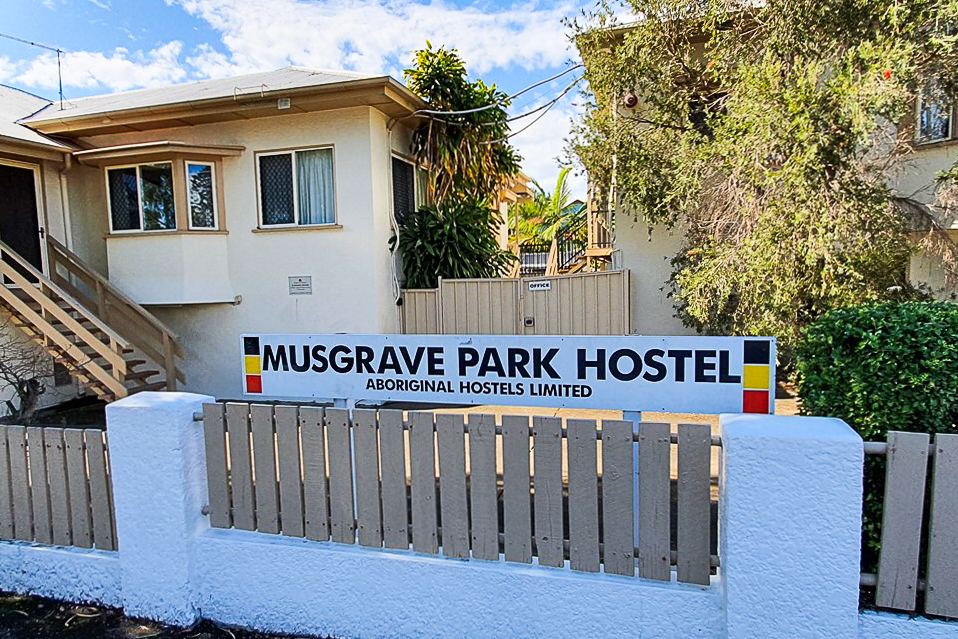 Federal Member for Griffith, Terri Butler, is calling for the Federal Government to intervene to secure existing levels of indigenous accommodation on Brisbane’s Southside.

Ms Butler said that the proposed sale of the Musgrave Park Aboriginal Hostel by the Federal Government owned Aboriginal Hostels Limited (AHL) would result in a permanent reduction in available accommodation options if no alternative is found.

“The federal minister must intervene to guarantee immediate accommodation alternatives, otherwise the impending sale should not go ahead.

“You can’t be serious about closing the gap, while reducing the level of accommodation available, particularly so close to health and other vital community services,” Ms Butler said.

Ms Butler wrote to the Minister for Indigenous Australians, the Hon Ken Wyatt, in June urging action and she says the matter is now urgent.

In her letter Ms Butler sought an assurance from the Minister that the Musgrave Park Aboriginal Hostel will remain in place for locals in her electorate.

“I would ask, also, for your assurance that any relocation would not result in fewer affordable accommodation options for Aboriginal or Torres Strait Islander people,” Ms Butler wrote.

There has been no response from the Minister to Ms Butler’s letter. [see update below]

“This is urgent, local indigenous services I have spoken with are opposed to the move, because we must have immediate and lasting alternatives before any changes occur,” Ms Butler said.

In response, Dr Gordon said that the property has been closed since 2017 and has not operated as an accommodation facility since that time. She said the costs of repairs, including to remove asbestos from the 90-year-old building, would be prohibitive.

Dr Gordon said that AHL is mandated to provide short term accommodation for Aboriginal and Torres Strait Islander people, and is not a crisis accommodation or housing provider.

“Funding to meet those needs is provided through other Commonwealth and state-based agencies and programs,” Dr Gordon wrote.

Dr Gordon said that AHL is more than willing to discuss how ATSICHS clients can utilise vacant beds at the Elley Bennett and Yumba Hostels, say at present there are in the order of 80 vacancies across the two facilities.

Ms Currie told the Westender that the current vacancies at AHL hostels are partly due to AHL not taking new residents due to the COVID crisis. Ms Currie said she considers that AHL does not have a working model that is responsive to the needs of Aboriginal and Torres Strait Islander people and families in South East Queensland. [see update below]

The Westender reported on 14 July that it had written to the Minister’s office asking for his response to the matters raised with him in correspondence from Ms Butler, and from Local State Member Ms Jackie Trad.

CEO of ATSICHS, Ms Jody Currie advised today that she received a response from the Federal Minister, Ken Wyatt who advised that state and territory governments are responsible for housing for which the Federal Government contributes funding through the National Housing and Homelessness Agreement (NHHA). The Minister suggests that crisis accommodation issues be raised with the Queensland Minister for Housing and Public Works, the Hon Mick de Brenni MP.

The Minister does not address the possibility of stopping of the sale of the Hostel as raised with him.

Ms Currie also advised that letters of support for her call to halt the sale of the hostel have been sent to AHL by a range of organisations including Brisbane Aboriginal & Torres Strait Islander Community Controlled Housing Authority, Brisbane Indigenous Media Association, Umpi Korumba Corporation for Housing, Yulu-Burri-Ba Aboriginal Corporation for Community Health, Murri Watch, and Micah Projects. Ms Currie said the community will continue to discuss a way forward.

Aboriginal Hostels Ltd contacted the Westender today [15 July] advising that it has updated its information sheet for stakeholders to clarify that the COVID-19 restrictions introduced by AHL in mid-March were progressively lifted during May as various state and territory governments announced the relaxation of their respective restrictions. On that basis, AHL says there are no restrictions in place at their Brisbane hostels which would limit entry of new residents. See here Updated Information for Stakeholders – Musgrave Park facility – July 2020