The latest from Parliament with Amy MacMahon MP 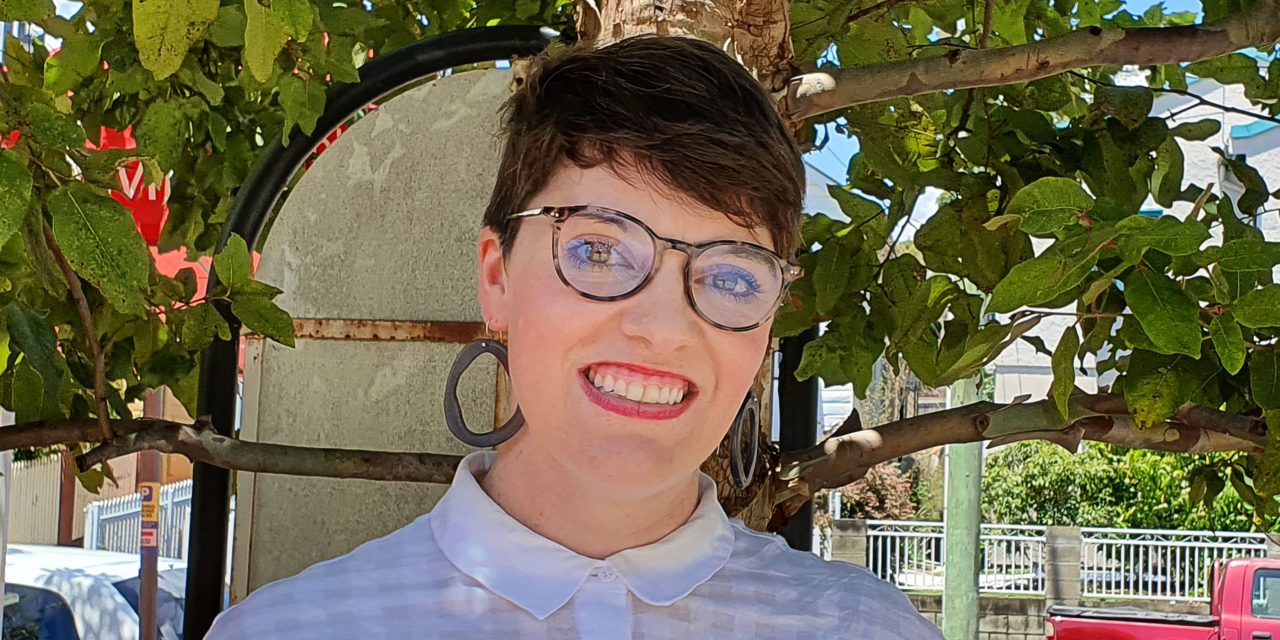 Member for South Brisbane, Amy MacMahon MP, provides her latest update on what’s happening with Budget Estimates, the IPCC report and the Queensland Government’s Climate Action Plan, action against the Adani Coal mine and a planned event on teacher shortages and funding for schools.

It’s pretty rare for the Murdoch press to cover my work in parliament, and the whole process in Queensland Parliament can be pretty opaque, so I thought I’d focus my update this month on what I’ve been up to in parliament.

I finished the final hearings for this year’s Queensland Budget Estimates at the end of August. I’ve honestly been horrified to find out how opaque the Estimates process is in Queensland Parliament, and how little time is allowed for genuine scrutiny. Almost half the time each day, over the eight days, is spent on government Dorothy Dixers – the government asking itself prearranged questions so it can run lines about how good its own budget is.

You can find the full list of all the questions I was able to ask during estimates here.

The IPCC’s devastating Assessment Report recently confirmed climate change is catastrophic, is caused by humans burning coal and gas, and is happening now. If we’re going to halt the worst impacts of the climate crisis, we need urgent action from both the state and federal governments.

So this week in parliament I’ve been using every opportunity I have to press Queensland Labor on whether they’ll listen to the IPCC’s alarm bells, play their part and make an actual plan to phase out thermal coal and fracked gas in Queensland (including planning a full fair transition for workers).

In a private members’ speech, I pushed on the IPCC report and the failure of the Queensland Government to act. Here’s a little bit of what I talked about.

“This must sound a death knell for coal and fossil fuels, before they destroy our planet… countries should also end all new fossil fuel exploration and production, and shift fossil fuel subsidies into renewable energy.”

“The alarm bells are deafening, and the evidence is irrefutable: greenhouse gas emissions from fossil fuel burning and deforestation are choking our planet and putting billions of people at immediate risk.”

It’s crucial that we get the Queensland government to back away from coal and gas, and fast.

The state government recently released their ‘Climate Action Plan’ – but sadly the IPCC report has made it really clear, this minor plan is not going to cut it. A key point of their plan is to cut pollution by 30% on 2005 levels by 2030. Unfortunately, the science is loud and clear that we need a 75% cut by 2030, 30% is a death sentence for a safe climate.

The second key point in the Climate Action Plan is 50% renewable energy by 2030. Which on the surface sounds like a major improvement here in Queensland, but when you look closely you find that this doesn’t include any plans to close down any coal and gas-fired power stations. These will stay producing the same amount of energy. From all accounts it seems like the plan is for there to be extra new electricity demand to soak up the extra renewable energy generated.

The Climate Action Plan doesn’t seem to include anything about phasing out of coal and gas, or stopping the approval of new coal, gas and oil projects in Queensland. Over the last five years the Queensland Government has released 80,000km2 of land for gas and fracking exploration.

It’s also sadly silent on the Adani coal mine, which the government extinguished native title to approve. We had the Wangan and Jagalingou Custodians outside parliament just this week, calling for the government to urgently stop this mine.

When Michael Berkman or I ask questions about the impact of coal, gas and oil projects on climate change, we’re often told that climate and resources are two separate portfolios and that it’s the other Minister’s responsibility. We also hear way too often that it’s just up to the federal government act.

Here’s what the Queensland government can – and needs – to do:

I also asked the government in question time this week:

“Now that the IPCC has confirmed climate change is catastrophic, caused by humans burning coal and gas and is happening now, will the government drop its plans to expand coal and gas mining and transition Queensland and workers to industries with a secure future?”

The response I got back from the Minister for Resources was at best disappointing, and at worst terrifying. Here’s an excerpt from his answer (you can find his whole answer down on page 24 on the Hansard Record here):

“…I note that the question relating to climate change should really be directed to the Hon. Meaghan Scanlon MP as the Minister for the Environment and the Great Barrier Reef and Minister for Science and Youth Affairs. Having said that, however, this government has a long-held position that we continue to support coal projects so long as they stack up financially, environmentally and socially. The coal industry has made some key contributions to the success and prosperity of Queensland, and I am confident that we will be a coal exporter for many years to come…”

Michael Berkman and I won’t give up pressing in parliament until we get the Queensland government taking the climate crisis seriously, and backing away from coal and gas.

On another state-wide issue, teacher shortages, ever-growing workloads and burn-out are all issues I’ve been hearing from teachers, parents and the wider school community. So I’m co-hosting a forum about teacher overwork, class sizes and underfunding in October with Phil Monsour, a local teacher and active QTU member, and Penny Allman-Payne, state school teacher of 25 years and senate candidate for the Greens. If you’re a local teacher or parent, I’d encourage you to come along – you can find more information here.

If you’d like any more information, or have any questions, about the work I’m doing in parliament or the local community, please do reach out south.brisbane@parliament.qld.gov.au or 07 3724 9100, you can also follow my Facebook to keep up to date.