The Whistle – The Seen and the Unseen 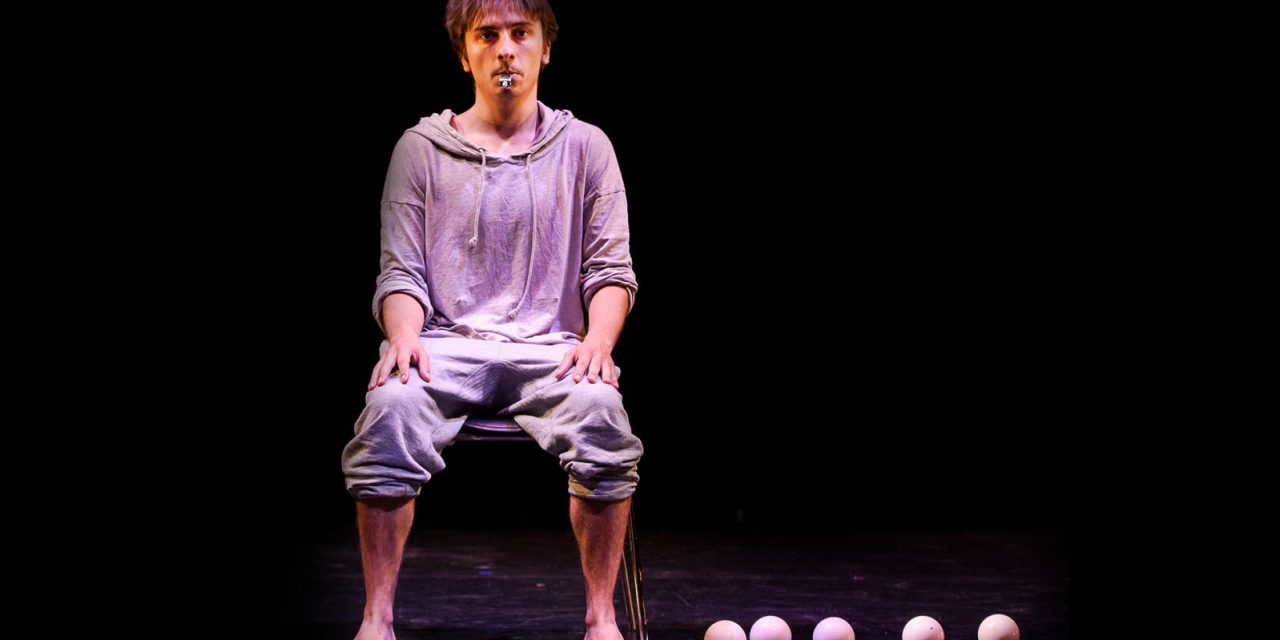 The Whistle is a clever production that revolves around the theme of the seen and the unseen. The premise is simple: a juggler, five contact balls, a whistle, and an audience. The juggler, Berlin-based artist Darragh Mcloughlin, invites the audience to play a game. Every time he blows his whistle, people in the audience close their eyes, and when he blows again, people open their eyes.

Audience participation is key in this show. If you don’t close your eyes at the sound of the whistle, the show does not work.

While you might think that Darragh is in control because he decides when to whistle, the responsibility of making the show happen is yours. This is how the relationship between the performer and the audience unfolds in The Whistle.

The idea that the audience has to do some work to make the show happen runs counter the customs of modern day entertainment.

It is worth attending The Whistle even just to test your ability to actively engage with what is going on on stage.

The concepts that The Whistle evokes are poetic. There is a sense of tragedy that envelops the performance. When we comply with the game, we set in motion déjà vu, fast-forwards, rewinds, and glitches that reveal Darragh’s pathetic attempts to reach or to juggle balls. Failure is built into the performance. His failures to do some tricks are for our own laughs, and so are his attempts to deceive us that he can perform some impossible tricks.

There are no fancy technologies or special effects, only your eyes and your aural perception. In this show, you only get what you put in it, and if you cheat a bit, you also get the chance to see Darragh completely naked. At the opening there were many children in the audience because the show is marked as family friendly, but before bringing your child you might want to consider how compliant your kids are and whether the possibility of seeing a naked man on stage might be a confronting view for them.

The Whistle is part of the Wonderland Festival 2019 hosted at The Powerhouse. The show is supported by funding from Culture Ireland. The last show will be tomorrow (30 November). Tickets available HERE.