WOW! Women of the World Festival comes to Brisbane in 2020 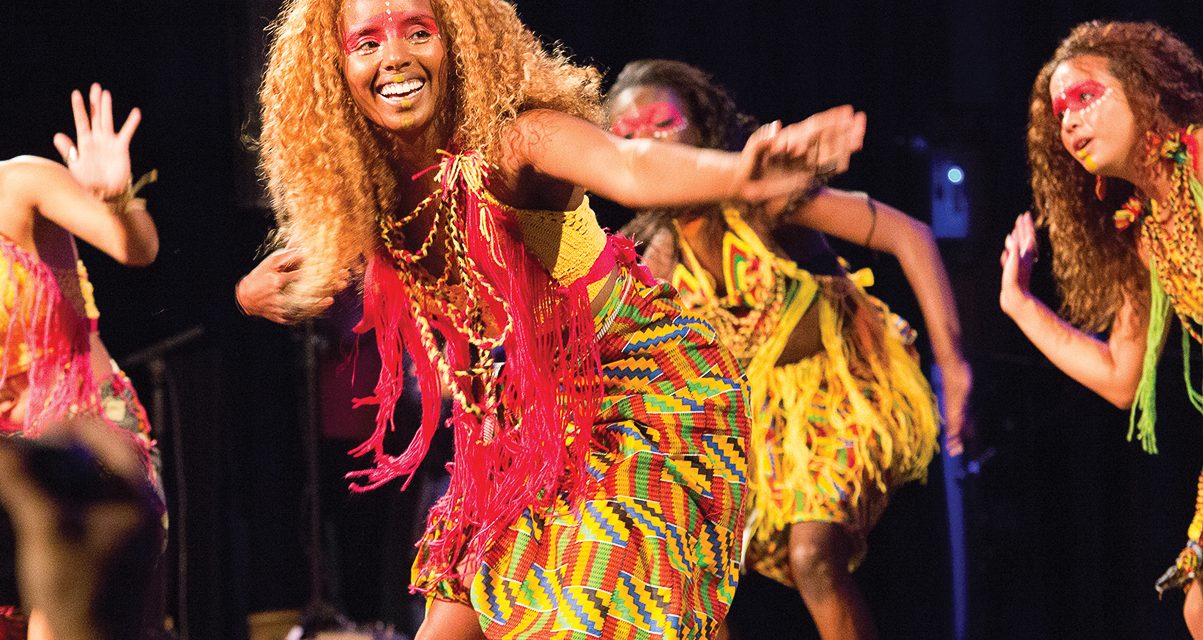 The 2020 event follows the success of the WOW festival held at The Powerhouse during the 2018 Commonwealth Games. Queensland Premier Annastacia Palaszczuk has decided that she wanted to see WOW permanently happen in Brisbane as WoW Australia.

“My government is committed to increasing the representation of women in the workplace, in business, the arts, in sport and in the community and this festival will help people come together in the spirit of fun to imagine a better world of equality and provide solutions for change,” the Premier said.

Brisbane will be one of four WOW festivals celebrated internationally, along with London, New York and Rio.

The event is billed by organisers as, “three days of fun, laughter, inspiration and reflection”, but it does have a serious intent.

It’s a festival not a conference, says Cathy Hunt, the Global Advisor for the WOW Foundation and Executive Producer of WOW Australia;

“Uplifting, challenging and lifechanging, WOW is a global movement supporting women and girls – where they can share their stories, celebrate their extraordinary achievements, and find solutions to the many barriers that still prevent them from realising their full potential. We want attendees to be inspired, learn new skills, go away and change the world”. 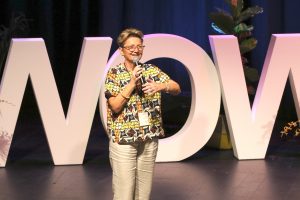 Ms Hunt stresses that while focused on celebrating women, and on a more gender equal world, the event is inclusive of men and boys. There will be male speakers and men in the audience, she told The Westender. There will also be special conversations with men, and there will be a breakfast for the men supporting WOW at which author and social commentator Jane Caro will interview journalist David Leser on his new book, Women Men and the Whole Damned Thing.

“A more gender equal world will be better for us all,” Ms Hunt said.

Events like WOW are still necessary, Ms Hunt said, because, in spite of our many achievements, we are actually going backwards in a number of respects in terms of gender equality.

“You see it across the pay disparity, you see it across issues to do with who’s looking after the home, you see it in terms of the pressure that people are under in relation to finances and the economy, you see it now in terms of climate change because often around the world the people who are impacted first are women and girls. And most of all where you’ll see it is in the fact that men are still hitting women.

“There is a very big disparity when we think about safety, between men and women,” Ms Hunt said.

Young girls quite rightly have been told within their schooling, Ms Hunt said, “…that they can do anything, that they can have anything, that the world has changed. But when those young girls get into their late 20s maybe early 30s, they suddenly begin to realise that the world has not quite changed in the way that we thought it had, and they come up against the barriers that many of us faced 20 or 30 years ago.” 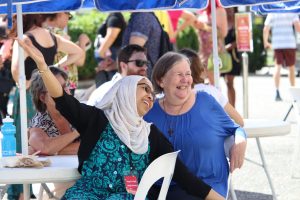 “First Nations women structure the conversations that they want to have, to ensure the voice that is heard, is their voice”.

The Festival will hear from leading First Nations women on the importance of the Uluru Statement from the Heart for all Australians. And, Aboriginal and Torres Strait Islander Social Justice Commissioner June Oscar AO will report on her consultation over last year with Aboriginal and Torres Strait Islander women and girls to hear their priorities, challenges and aspirations for themselves, their families and their future.

Another group of women that Ms Hunt says WOW does not want to leave behind, are Muslim woman.

She noted that the recent ABC “Australia Talks” survey identified that the most dangerous positions to be in, in Australia, is to be an Islamic woman.

WOW has been working with Muslim women on how they want to tell their stories. Ms Hunt says that WOW is pleased that Hana Assafiri, the feminist and activist behind the Melbourne based Moroccan Soup Bar will be at the festival.

Ms Hunt says that WOW starts from the proposition of celebrating what we have done.

“… then we delve down into those conversations that we still need to have, and we try in every way we can to bring men of boys along with us in these conversations”.

When is it happening?

The festival which will take over the Brisbane Powerhouse for the 2nd to the 5th of April next year.

One and three day tickets are available.

Backwards and in High Heels

Ginger Rogers did everything Fred Astaire did – she just did it backwards and in high heels! But we’re powering forward in all kinds of footwear with an expert panel moderated by Julia Gillard, busting through gender myths and exploring how a gender equal world will benefit us all.  A share of profits from this event will go to the Global Institute for Women’s Leadership. Tix: www.brisbanepowerhouse.org

Iconic Indigenous entertainer, Christine Anu celebrates what it means to be a woman in this uplifting and empowering concert. Performing hits from Aretha Franklin, Tina Turner, Beyoncé and Tina Arena, as well as classics from her own back catalogue, don’t miss Christine Anu at her most personal with this heartfelt performance at Brisbane Powerhouse for one night only. Tix: www.brisbanepowerhouse.org

Performed by the lush voices of Marliya from Gondwana Choirs, young Indigenous women singing in English and Yindjibarndi with Felix Riebl of The Cat Empire, who wrote and produced the music along with Ollie McGill.  The album Spinifex Gum is about the region’s local tales and characters, true stories of racism and injustice, and the legacies of colonisation with music production that’s staunchly modern, built from found sound samples of the Pilbara – rustling leaves, bouncing basketballs and chugging trains. Tix: www.qpac.org.au

Banging on The Door (Roz Pappalardo);

A ballsy, irreverent, tear-jerking, stupidly funny, Spumante flavoured, folk-musi-comedy romp through a story of modern fertility for anyone who has a uterus or knows someone with a uterus. Join Roz as she navigates the ‘taboo’d’ journey of the IVF procedure and asks the universal question – ‘have I f&^cked it?’. Tix: www.brisbanepowerhouse.org

WOW was started in London in 2010 by the Artistic Director of the Southbank Centre Jude Kelly CBE. It is now an independent Foundation and events have been held in 30 locations across 5 continents. A global force supporting women and girls, action and change, WOW celebrates the achievements of women and girls and takes a frank look at the obstacles that prevent them from reaching their full potential.

Founder of WOW Jude Kelly who will once again be part of the Festival in Brisbane said “Australia has always been vocal and inventive in harnessing the power of women and girls to contribute to a better society.  Our aim is to use the Brisbane festivals to grow the WOW movement and as a focal point to deepen the national debate.

WOW Australia 2020 will launch of that conversation and build on the success of WOW at Festival 2018. The producers of WOW Australia are Of One Mind. The Patron of WOW in Australia is Quentin Bryce Former Governor-General of Australia. The Duchess of Cornwall is the President of WOW globally. WOW Australia 2020 will be held in Brisbane next year at The Brisbane Powerhouse: 2-5 April. Early bird tickets go on sale Thursday November 29th. www.wowaustralia.com.au

You can share on social media using the icons below: