Tower of Babel: the personal is political 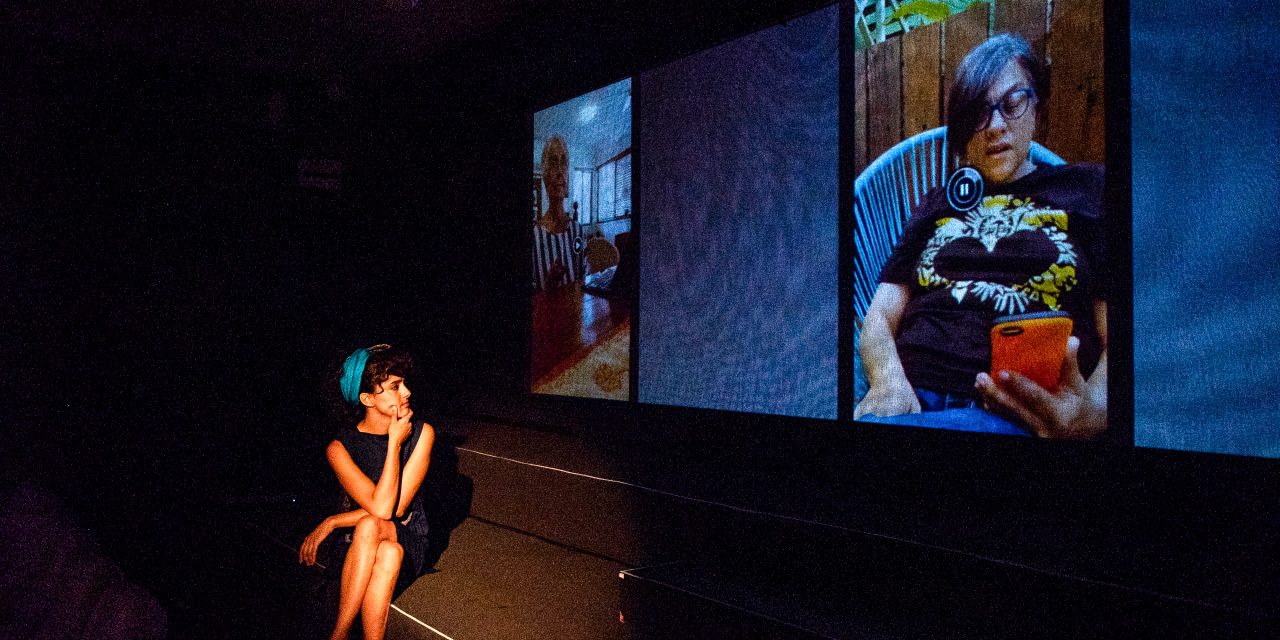 Tower of Babel is a play which tells a very common story: a woman and a man fall in love in the safe lands of Australia. It’s a love driven by curiosity for cultural difference. She was a political journalist in Iran and came to Australia as a refugee. He is captivated by her force and resilience, her exotic language, and the ancient myths of Love she tells. He is in adoration of this self-described Goddess of Love and War, Nahid, a loving woman who knows how to fight and what to fight for.

The trip will begin in Babel, Iraq. Iraq??? It is at this point that the romantic background music goes offbeat, glitches, and suddenly stops. A large screen at the back of the theatre demands your attention. Mom, Dad, little brother, and a friend are recorded on camera reading and reacting to the Australian Government travel warning for Iraq. “Unsafe. Be real, mate! You are not above this.”

The performance is interactive. The spectators are treated as guests, warmly welcomed into the theatre with food, wine, music, and smiles.

We sat on stage and the performance took place at the back of the theatre, past the empty spectators’ chairs. The more Nahid told us about herself and her culture, the closer she got to us, both physically and emotionally. We got to know her step by step, slowly but surely she showed us her world. It was this emotional proximity that made it difficult to bear the moment when she was seized by police. We got to know her, we ate with her, laughed with her, danced with her, and suddenly she was gone, kidnapped by authorities, guilty of not having forgotten where she came from.

A production of Baran Theatre, an independent Australian-Iranian company based in Brisbane, Tower of Babel speaks about love across borders. It immerses the audience in the intimacy of love negotiated through cultural difference, and gives us a taste of how state violence interferes with it. There was never a more suitable slogan than “the personal is political.”

This production at Metro Arts ends on Saturday the 30th of November.