Uluru Statement should be respected 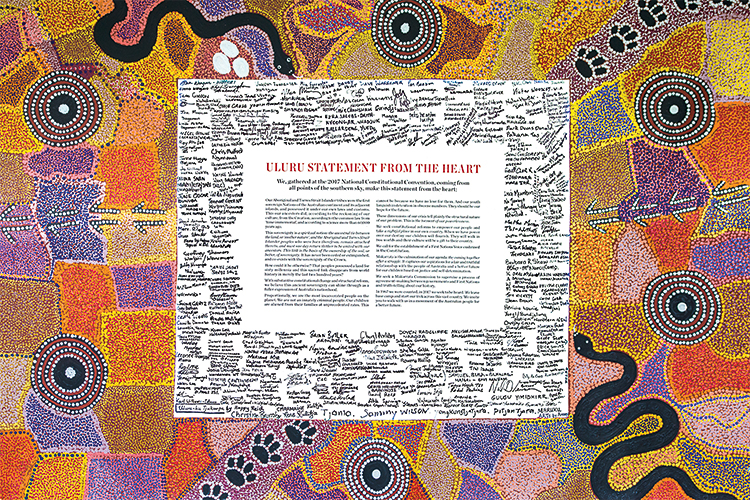 Minister Wyatt said that he will establish a Senior Advisory Group to co-design options for a model that will ensure that Indigenous Australians are heard at all levels of government.

The Senior Advisory Group will be co-chaired by Mr Tom Calma AO and Professor Marcia Langton AM and will include 20 leaders and experts from across the country.

However, the Law Council of Australia says the Morrison Government has misunderstood the roadmap laid out by the Uluru Statement for a constitutionally enshrined Voice to parliament.

Friday, 1 November 2019
Uluru Statement should be respected
A voice for Indigenous Australians must be heard by parliament not just by the government if it is to have a meaningful impact on our laws and the administration of justice, says Law Council of Australia President .

Law Council President, Arthur Moses SC.A  says that if it is to have a meaningful impact on our laws and the administration of justicea voice for Indigenous Australians must be heard by parliament, not just by the government.

“Let me be clear these criticisms are not directed towards Minister Wyatt, but those within the government who unfairly and in a pre-emptive manner dismissed the concept of a Voice to parliament without properly understanding it,” Mr Moses SC said.

“The Uluru Statement from the Heart was conceived from one of the most comprehensive consultations of Indigenous Australians in our nation’s history.

Mr Moses said that the whole point of the Voice to parliament is to ensure that our First Nations peoples have an opportunity to propose bills, be consulted on bills, and to express their views on bills before they are enacted as laws of the Commonwealth which may impact upon First Nations peoples. This includes bills about fundamental issues which matter on the ground to First Nations peoples, such as health, welfare and education.

“What is being proposed is a voice to government, not to parliament. If it is not constitutionally enshrined but legislated it could be abolished at any time if the government does not like what it was saying.

“A Voice to parliament has some degree of public accountability on the part of the parliament while a voice to government does not, something that is of great potential significance if the government has closed ears.”

But Mr Moses SC said the Law Council would engage with the work of the Senior Advisory Group.

“I have deep respect for the co-chairs of the group, Marcia Langton AM and Tom Calma AO. I particularly note the comments by Professor Langton that she supports the Voice to parliament and that the Uluru Statement requires ‘design work to turn it into a reality that governments can understand’.

“The Advisory Group should be allowed to consult on an option that will allow the Voice to be constitutionally enshrined.”

“As former Chief Justice of the High Court, Murray Gleeson AC, QC emphasised in July, it is a Voice to parliament, not a Voice in parliament,” he said.

“It is vital that the development of meaningful policy and law reform at federal, state and territory levels, is informed by Indigenous experience and advice. The stark reality is that Indigenous affairs in this country have consistently faltered in large part because parliament has not listened to the voices of Aboriginal and Torres Strait Islander peoples.”

“What is being proposed now disrespects our First Nations peoples by ignoring the Uluru Statement and ignores the powerful support of the Voice to parliament by former Chief Justices French and Gleeson,” Mr Moses said.

A number of Indigenous groups and individuals have been critical of the Morrison Government’s response to the Voice.

This is a great explanation on why Wyatt's co-design is so disappointing! Great work @darth_synot

Re-affirming her commitment to the Statement from the Heart, Professor Langton explained her decision to accept the co-chair role on the Advisory Group to Patricia Karvelas on the ABC, saying:

“Governments come and go, and I think its the job of Aboriginal leaders… to work with every government and to do the best for people out there who need radical changes to their situation in order to have the same opportunities as other Australians.”

PART 1/2 @PatsKarvelas is joined by @marcialangton , Co-Chair of the Gov’s new advisory group for an Indigenous Voice to Parliament to talk #ConstitutionalRecognition and the #UluruStatement on #AfternoonBriefing #auspol
Watch anytime on iView pic.twitter.com/LWdOYNKcqM