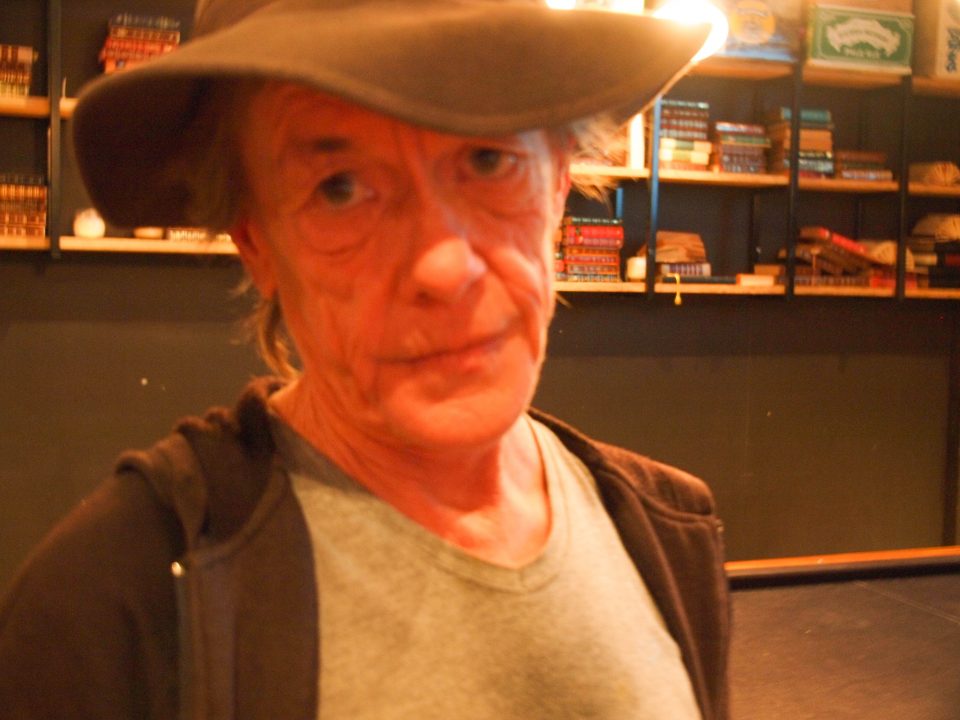 I first met Meg Kanowski, per chance, in the old back bar of the Boundary in the late 1990’s. It was shortly after I moved here from interstate. It was a meeting that would have an effect on me that lasts till this day and beyond.

She was seated with a couterie of like-minded souls from the Street Arts Collective and, at the time, I was totally unaware of the depth and diversity of the talent there assembled, their long and colourful history or the influence they bought to bear on the artistic scene in Brisbane and Queensland. I was the new kid on the block and on a steep learning curve.

All I knew was I took an instant liking to this delightfully erudite, acerbic, rapier-witted woman with a self-deprecating sense of humour who would have been quite at home with Dorothy Parker. Can you imagine dinner and drinks with those two?

After that initial meeting, our paths and orbits crossed and re-crossed both professionally and personally until, ultimately, we along with other West End refugees, driven out by rapacious West End landlords and rents, wound up sharing a house in East Brisbane, far from her beloved postcode of 4101. She and Jake the dog hated it and longed for home.

I don’t claim to have been an intimate of Meg’s, or part of her close circle of old-time friends, for I am not and I leave it to them to speak of that if they will.

Meg had the ability to touch people in a way that was both subtle and profound. She had a seemingly innate ability to look into the heart of the matter, be it theatrical, lyrical, personal or a matter of the heart. In each instance her vision was one of understanding of what lay at the core, to wield the flensing-knife and to pare it back to the bone.

Her skills as a dramaturg and a dramatist were second to none and mainstream theatre in Brisbane is the poorer for not fully recognising her worth. However, many non-mainstream productions drew on her skills and the list of productions she has worked upon is too long and varied to be enumerated here.

I have benefited from her dramaturgical skills as both a solo performer and as an actor fortunate to be recipient of her director’s ability and to this day am grateful of the lessons learned under her tutelage.

There and many, many people in West End whose lives have been touched by Meg in many, many ways, far too many for these poor inadequate words to do justice to.

Then let us all give thanks for having had this remarkable woman in our lives, for the joys and the heartache we have all shared and for the legacy she has left us.

Take a bow Meg and I’ll see you on the other side of the rag.