Vision for a village green in West End 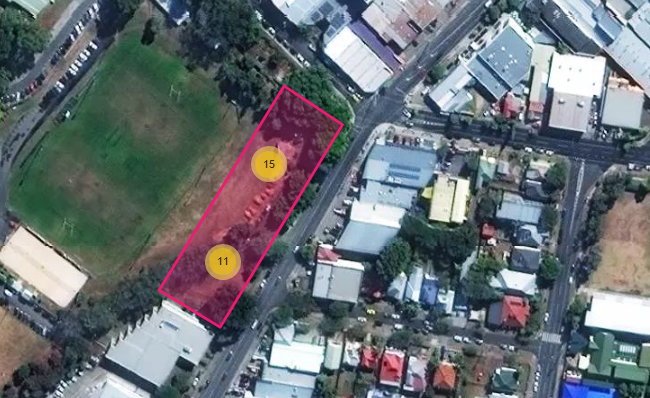 But John Mongard, one of the authors of the national award-winning Green Space Strategy for West End and Highgate Hill, says it is important that the Council does not lose sight of the need for the shortfall investment in new parks for West End. The Greenspace Strategy estimates a short fall of over 15 hectares of parkland by 2031.

“West End has one of the highest housing densities and one of the fastest growth rates in Queensland, yet it has received very few new greenspaces to match this growth over the last twenty years,” said John Mongard.

John Mongard would like to foster the idea for a village green fronting Montague Road: “We could reclaim lost space and allow the markets to spill over into a village green so the vibrancy of Saturday is in our neighbourhood and streets”, he said.

Montague Village Green could act like a central park hub much as the new Bunyapa Park on the corner of Thomas Street does, bringing a vibrant greenspace connected to our streets. As a loved and important community space, Jane Street Community Garden is integral to this vision and could be enhanced and expanded as part of this plan.

The money allocated by Council is very limited and won’t spread to all areas of the park, so rather than focus all areas of the park in a scattergun approach, the idea is to provide badly needed park functions closer to West End’s older neighbourhood and to the West End State School in one new consolidated village green.

“If we treat the Montague Road frontage as a people space, we will start the process of changing Montague Road into a slow local street. Even a boulevard one day,” Mr Mongard said.

“It would be a village green we would see and use, reclaiming what is currently fallow land adjacent to sporting club fences or lanes. The village green is the only park hub in the Montague road precinct”.

Brisbane City Council says that the purpose of the $1.5m Davies Park project is to, “revitalise the park to increase its attraction and usability for the community”. The proposed improvements will focus on areas of the park that do not impact existing leases, such as the rugby and soccer fields.

Council has held a number of feedback sessions and is seeking community feedback on enhancements that: increase accessible green space, accommodate existing community lease activities in the park, promote a sense of community and celebrate its cultural heritage, and increase the recreational use of the park.

Pin the tail on the donkey
At the link below, Council has provided access to four separate maps for each area identified for upgrades. Residents can contribute ideas by dragging pins within the boundary area and add comment or upload a photo. Unfortunately, pins can’t be placed over the community garden area for some reason: https://yoursay.brisbane.qld.gov.au/davies-park

Time is Short
West End residents have until Friday 1 December to provide feedback to Council. They can use the interactive maps provided by Council, or contact the Davies Park Improvement Team directly on ph. 07 34038888, or by emailing them at parks@brisbane.qld.gov.au 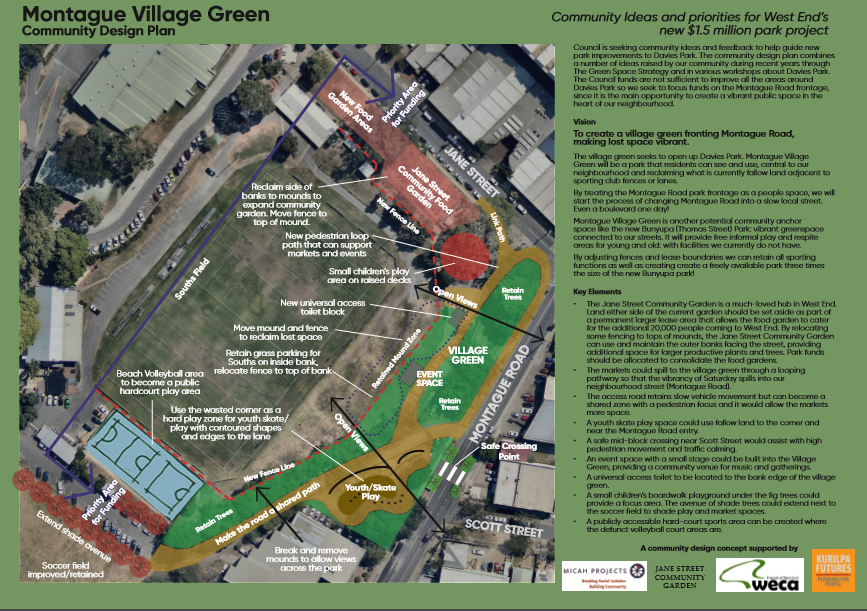