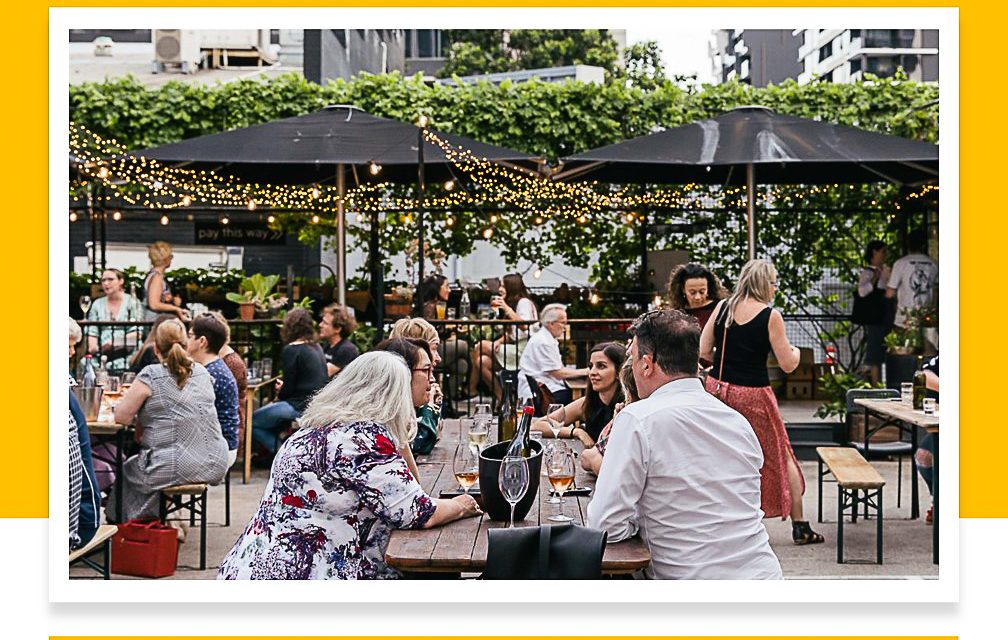 It might not seem like a big move from South Brisbane, but many of us are excited that one of our favourite café-bars will soon be trading from a warehouse at 63 Vulture Street in the heart of West End.

Wandering Cooks’ creator and Director, Angela Hirst, describes the café as “a meeting point for our community and the growers and makers of its local produce and foods.”

With a background in architecture and as a chef with a PhD in food ethics and research in permaculture, cities and landscapes, Angela Hirst’s vision has been to provide nutritious food from the best sustainable, seasonal, and ethically produced ingredients.

Angela established the Wandering Cooks’ Fish Lane operations in 2013 with the vision for a space accommodating a range of market stallholders, caterers, and café suppliers, each sourcing foods directly from producers.

“When I started Wandering Cooks, I had this sense that if I could create fertile ground for food production that supported small ideas and artisans, I could make something that would allow them to be viable.” 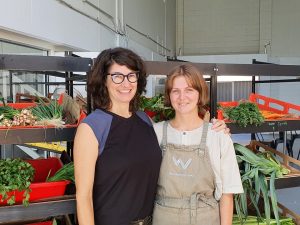 In turn, she said these artisans could support small regenerative farming producers, enabling them to tell their own stories about their place in the food system.

“I wanted to have an impact through creating lots of small food businesses. And that was variously achieved.”

Angela said several businesses in West End came through the Wandering Cooks experience. For example, Zoe and Meghan Tulleners from Alphabet Café are committed to utilising sustainable and local produce. Suzie Yang from Pie Town on Montague Road also started with Wandering Cooks. And, before moving to Vulture Street, NYC Bagel Deli traded at markets around Brisbane and operated from Wandering Cooks in Fish Lane.

“At our peak we had a hundred different food businesses working at the same time,” Angela told me.

Wandering Cooks is no longer providing space for multiple food businesses and the team has decided to do all the cooking themselves. But, they say, still with the explicit mission of supporting small farmers and producers. 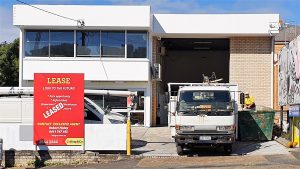 COVID shutdowns have impacted Wandering Cooks as they have so many other businesses in Brisbane, and Angela said because capacity was down, things had to change.

“So, we went back to making the food ourselves. Which meant that we didn’t have to do all that hoop jumping that we had been doing to try to get everyone else to do what we really wanted to do.”

The move to Vulture Street was not a choice, although they knew it was coming. A demolition notice and further development activity in Fish Lane and Cordelia Street set off the search for a suitable venue in West End.

“I’m so glad that I didn’t have to go too far away from West End, because this is my home.”

“When we saw this place [in Vulture Street] and were standing in it, it felt like a little Wandering Cooks: it just felt right straightaway.”

The new space in West End is currently undergoing alterations. The team was operating a farm-gate from the venue on Saturdays that has now ceased for the time being.

As the site is developed, Angela plans to bring the plants and grapevines from Fish Lane to Vulture Street and create a garden space at the front of the building.

“Our intention is to have a terraced beer garden where people can sit and dine”.

“We’ll make a protective edge on the street, but we intend for the front to feel like a front yard.”

While things are still in the development phase, and the move will happen in stages, Angela says they plan to have an open kitchen and garden at the back of the property and a farm-gate market to showcase their produce. The Gypsy Jazz, Sunday Hot Club, may even make a comeback.

In the meantime you won’t miss out. You can continue to enjoy food and wine at the Fish Lane cafe while watching the transformation of the Vulture Street venue into the new Wandering Cooks over the next few months. 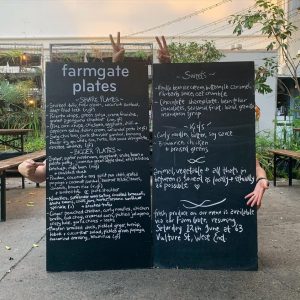 For the latest news from Wandering Cooks click HERE