WE NEED TO TALK ABOUT … CATS 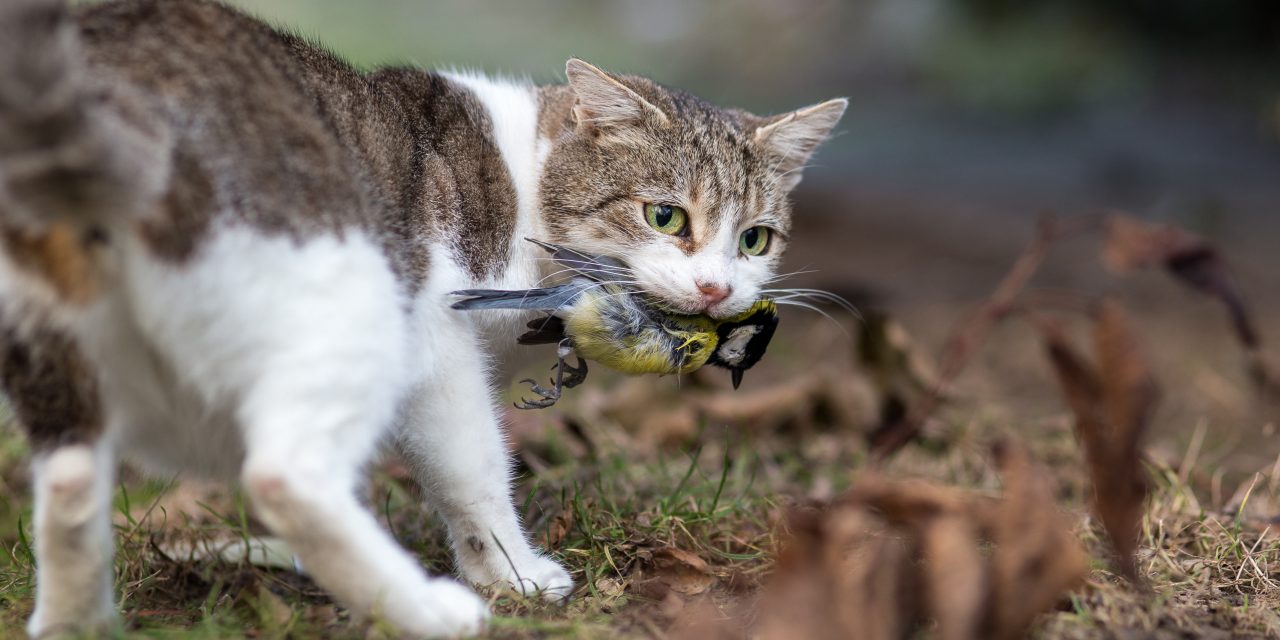 Just like the parents of Kevin in the well-known novel and movie, cat owners often find it difficult to accept that their pet cat is, well, let’s face it, a serial killer.

According to a recent CSIRO publication, Cats in Australia: Companion and Killer[1], it’s not just feral cats[2] that create a problem for our wildlife – our pet cats are wholesale killers and we need to not just talk about it, we need to act.

“Cats are predators and have an innate instinct to hunt. Hunting is simply part of a natural behaviour and cannot readily be changed. Cats will hunt even if not hungry (Kitts-Morgan 2015).”[3]

This is what the authors say:

While it is challenging to show that this extent and rate of predation by pet cats is having a significant impact on any wildlife species, or on the diversity of wildlife in any area, the authors of Cats in Australia say:

“…predation by pet cats is one of a nearly pervasive and cumulative set of factors that is driving declines in many Australian animal species. It is also one of the few in that set of factors that can be controlled or reduced reasonably easily – through factors such as increased containment and reduction in the rate of population growth of pet cats”.[5]

But the experts tell us the community needs to work collaboratively with our local governments and our animal welfare agencies to protect our wildlife from cats. This will include shifting the attitudes of some people in our communities about cats. 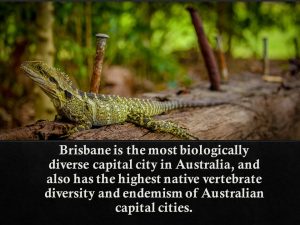 WHY ROAMING IS THE PROBLEM

One problematic community attitude is the idea that cats are born-free and so should be allowed to roam free.

We often see cats sunning themselves on footpaths, or wandering from house to house, and it just seems to be a normal part of community life. You might even stop to talk to them or give them a rub. Indeed, rather than seeing cats as a problem, we often consider them to be free-wheeling animals that need to have their space and some pet owners often baulk at the idea of confining their cats. But if we are to protect our native fauna, that is exactly what we need to do – keep our cats away from wildlife.

The belief that it is natural for cats to roam-free is associated with another human behaviour problems – we just don’t value cats in the way we value dogs.

Dr Jennifer Ford, Policy and Prevention Manager at RSPCA Victoria, works on a public education campaign by Zoos Victoria in partnership with RSPCA Victoria that is seeking to increase the implementation of cat containment. Dr Ford says that there are three categories of domestic cat and each presents particular issues. There are ‘owned’ cats, ‘semi-owned’ cats, which are fed by a few neighbours but are not claimed by any one household, and ‘unowned’ cats which unlike feral cars, are reliant on human habitation for survival, by feeding on rubbish for example.

You might think that the problem cats are most likely to be in the semi-owned and unowned categories, but Dr Ford says that a lot of owned cats are allowed to roam, and many of them are not desexed. These un-desexed cats breed with semi-owned and unowned cats, and of course, with other owned cats. The population of cats in our urban environments Dr Ford says is reaching unsustainable levels and it is hard for animal shelters to keep up.

The RSPCA has been looking at community attitudes to cats in the Glenelg Shire of Victoria, and Dr Ford says that not only do people think it’s natural for cats to roam, people don’t often value cats either. One reason for this she says, is because cats are so cheaply acquired. For example, cats are often given away, or they are adopted as strays. Cat owners are therefore often less inclined to spent money on their cats for desexing or micro-chipping, Dr Ford said.

Low reclaim rates provide part of the evidence for how poorly we value cats as a community.

Dr Fords says that the reclaim rate for cats from animal shelters is something like nine percent, where-as for dogs, it is approximately 60-70 percent.

Dr Ford says that if someone’s cat goes missing, the owner will often say, “oh well it’s having a happy life out there, we’ll just get another one.” 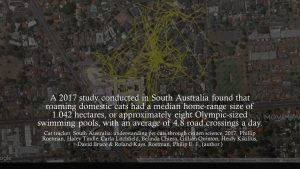 I BRING MY CAT IN AT NIGHT, AND IT WEARS A BELL, ISN’T THAT ENOUGH?

Some might think that cats can still wander if they have a bell on their collars to prevent the cat capturing prey.

However, one of the authors of Cats of Australia, Professor Sarah Legge from The Australian University and University of Queensland, told The Westender that the few studies in Australia researching the effectiveness of prey deterrent devices such as cat bells, cat bibs and collar-borne sonic deterrents, have found that there was no or a relatively modest in the kill rates between pet cats wearing these devices and those without.

Nor will allowing your cat out during the day and bringing it in at night have much effect.

Cats are opportunistic hunters and they can catch and kill at any time of the day and night.

IT’S NOT JUST ABOUT WILDLIFE, CAT WELFARE IS IMPORTANT TOO

The RSPCA is hoping that, if concern for wildlife is not enough to encourage behaviour change in cat owners, then they may have greater success if they focus their messaging on the wellbeing of pets.

“People think that cats can just look after themselves,” Dr Ford said, “but the evidence is that the welfare of cats on the streets is not good’.

Roaming cats lead risky lives, from dicing with traffic, getting into fights with other cats, contracting diseases, being exposed to ticks and snakes, or even becoming trapped in sheds or garages. Wandering domestic cats can also get caught in Council traps that are set for feral animals.

So, by confining your cat you are not only protecting wildlife, you are also adding years to the life of your cat.

The RSPCA says that the average indoor cat has a life span of 14 years compared to just 4 years for an outdoor cat that roams freely. 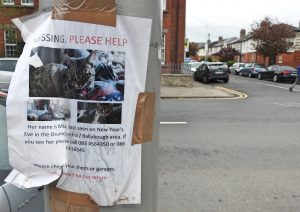 So then, even if cat owners can be convinced to keep their pets indoors for their own safety or because they want to protect our wildlife, they sometimes need to be convinced that their cat will be happy when confined.

The experts I spoke with assured me that cats living inside can be very contented. However, if you are worried, you can find plenty of on-line advice on how to keep your cat safe and happy while confined.

The RSPCA offers tips through its Living with Wildlife webpage.

Victoria Zoo with the RSPCA runs a good program called Safe Cat, Safe Wildlife which offers a number of hints and tips for cat owners and you can sign up for updates. Animals Australia also has some helpful tips.

IF ALL ELSE FAILS, THERE IS THE LAW

If none of that convinces you, then maybe the law will.

Many people may not know this, but it is a requirement under Brisbane’s Animals Local Law 2017 to contain pet cats to your property and for them not to cause a nuisance to neighbours. Further, did you know that if your cat is found wandering from your property it could be impounded by Council and you may receive a fine?

If you are a cat owner, the laws in Brisbane say you must:

A spokesperson for Brisbane City Council (BCC) told The Westender that there has been a spike in complaints about nuisance cats since changes to the laws governing animal ownership in July 2018, and people are now realising that cats wondering into their yards can be reported.

In 2018/19 about 680 complaints were received by Council about wandering cats. 2203 infringement notices and 249 warnings were issued during the same period for offenses related to owners failing to ensure their animals (in this case cats and dogs) did not wander, and 1724 cats were impounded at Council’s two animal rehoming centres.[7] For details of BCC fines you could incur, see here.

However, Professor Legge says that Councils do not always have the resourcing to support their legislation and changing community attitudes to reporting disturbances by wandering pet cats is critical to supporting Council’s to implement their legislation.

Likewise, Dr Ford of the RSPCA says that ultimately,

“we need a whole of community culture shift so that keeping cats indoors becomes the social norm”.

[2] Feral cats live totally independently of humans and often in the bush, and present very different and often more challenging threats to wildlife that are not discussed here.

[4] Comparable figures for mammals are not yet available.

[7] Feral cats: There is also legislation pertaining to non-domestic (sometimes referred to as feral) cats. A domestic cat is defined as one that has an owner, is microchipped, kept and fed by humans. All other non-domestic cats, including those that are semi-dependent on humans, stray or feral are listed as an invasive biosecurity matter under the Biosecurity Act 2014. Under this Act, a person must not sell, release, move or feed these cats.

Unfortunately, while BCC does encourage desexing, it is not a mandatory requirement in Brisbane for cats to be desexed. The ACT, SA, TAS and WA each have laws making it an offence to own an undesexed cat after 3 or 6 months of age.

Many vets offer discounts for pension and concession card holders for desexing cats. • In May, the RSPCA, launched a de-sexing campaign called, Operation Wanted, in collaboration with participating councils and vets to provide discounted desexing during certain months. • Brisbane City Council provided $52 000 in funding in 2018/19 to subsidise cat desexing for residents in need through the AWL’s NDN Cooperative Desexing Program. For more information about the Brisbane Cooperative Desexing Program, or to apply for a voucher, phone 07 5509 9044. For more information from Brisbane City Council – see https://www.brisbane.qld.gov.au/community-and-safety/pets/looking-after-your-pet/keeping-a-cat

The Author and Cats

Like many Australians, my attitudes to pet cats has been an evolving one. I have had pets throughout my life. In my early life on a farm we kept cats to keep down rodents (or so we thought). As a young woman I had cats that I allowed to roam: one of these went missing and was never found. My current cat adopted us. He had experienced a terrible life on the streets, was scarred and skinny. When we took him to the vet to be desexed and immunised we were told, for his sake, to make him an indoor cat, and so we did. He has a small enclosed cat run, has a daily play, and has lived a happy in-door life with us for 10 years.