A condition of the heart: what are we really celebrating on Invasion Day? 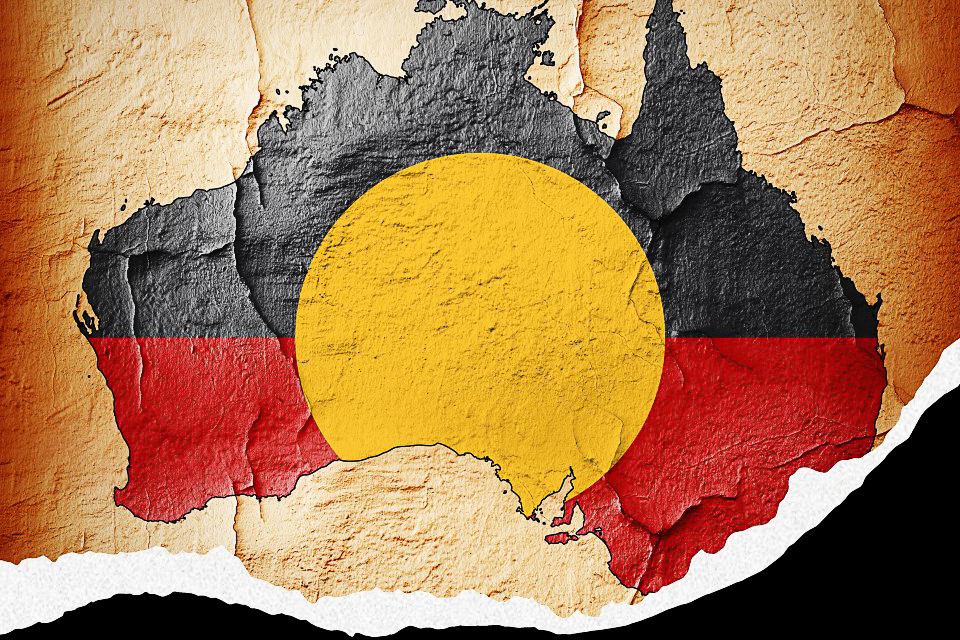 January 26 has long been a day of solemn mourning for First Nations people and support for abolishing Australia Day/Invasion Day celebrations has grown substantially over the last few years.

Almost 2,000 people are expected to protest in Meanjin/Brisbane on Tuesday in support of cancelling the nation-wide public holiday.

The protest will commence with a flag raising in Musgrave park at 8am, followed by rallying speeches at 10am in Queens Gardens, Brisbane City and protestors will then march to West End’s Musgrave Park.

For many Australians, the public holiday is an opportunity to take the day off work and come together for a celebration.

According to a report conducted by The Australia Institute (TAI) in 2017, 84 per cent of people surveyed said it was important to them that Australia has a day to celebrate being a nation.

But is that what this date truly commemorates? 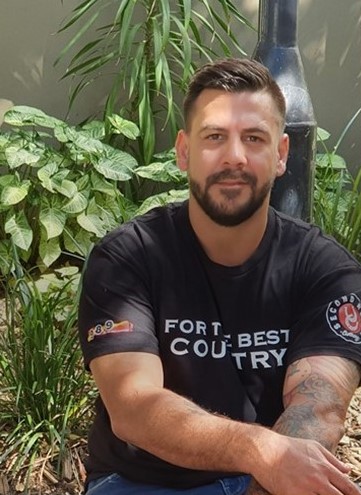 Station Manager for Brisbane Indigenous Media Association’s 98.9FM and proud First Nations man, Dan Rennie, says there is a general lack of understanding among non-Indigenous Australians about what they are celebrating when they crack open a beer by the pool on January 26.

“The vast majority of people in this country don’t even know why they celebrate. They just don’t want to change. I think that’s a human condition. People are afraid of change. They’re comfortable and I think, more than that, they don’t like being told what to do,” he said.

And it seems he’s not far-off base.

The 2017 TAI report also found only 38 per cent of participants could correctly identify the historical event Australia Day memorialises and, of those who did answer correctly, most did not believe this was the best day to hold the celebration.

The nation-wide holiday memorialises the landing of the First Fleet in Sydney Cove in 1788, led by Captain Arthur Phillip.

This landing marked the beginning of First Nations people being subjected to brutal violence, incarceration, slave labour, forced removal of children from their families, and mass killings.

Mr. Rennie says for him it is a day of mourning.

“For me, it’s Invasion Day because if we look at the history … it is the day that Captain Phillip planted the Union Jack and claimed this land for the British Empire under the false pretence of terra nullius… and consequently, this country was born on a lie. A lot of Australians don’t understand that,” he said.

Under European law at the time, the British Empire could settle on lands that were uninhabited, or if the lands were already inhabited, they could settle with the consent of the natural custodians of the land.

However, the beginnings of colonisation in Australia were founded under the claim of terra nullius, which means “nobody’s land”. Though, we now know, the country was already home to one of the oldest cultures on the planet.

This declaration allowed for British occupation of the country without forming a treaty with First Nations people.

The British colony rested upon the concept of terra nullius as justification for the legal settlement of Australia until 1992 when the High Court ruled, in the momentous Mabo vs Queensland case, that the claim of terra nullius was false.

There a number of commonly accepted myths surrounding the celebration of Australia Day, and 98.9FM is focused on educating people about the true history of the day.

Mr. Rennie says we cannot pick and choose what history we pay attention to and education around the true history of Australia, and the events which began on 26 January is vital.

“Education and respect is key to all of this,” he said.

“It’s not about a blame game and it’s not about putting people down, quite the opposite. It’s about respecting the entire history of this country, good and bad. The reality is we’ve got a brutal history in this country that people don’t want to talk about, and it continues today.” 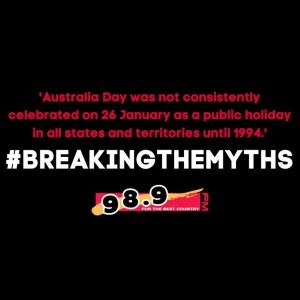 For many First Nations people, the celebration of this day flies in the face of the systematic oppression, racism, and genocide experienced by their people.

Perhaps one of the most telling depictions of the contrast in what this day means to the traditional custodians of this land can be found in a 2017 poll conducted for The Guardian, in which respondents were asked to choose three words they felt resonated most with Australia Day.

The three most chosen for non-Indigenous Australians were barbecue, celebration, and holiday.

In contrast, for First Nations people the three most chosen were invasion, survival, and murder.

Mr. Rennie said it’s important for people to know the Invasion Day protest on Tuesday is an open event for anyone who wishes to show support.

“It’s for everybody who’s got a heart. I mean, this whole thing is a condition of the heart,” he said.

“I urge everyone to come out and show solidarity and be a part of it. It’s a peaceful day, it’s all about reflection. It’s about mourning. It’s about remembering those who come before. I think about our old people who fought for the right to be called human.”

The Invasion Day Rally and March will commence at 10:00am in Queens Gardens, 144 George Street, Brisbane City and conclude in Musgrave Park, West End at 11:30am.

The flag raising will be held at Jagera Hall at 8:00am. 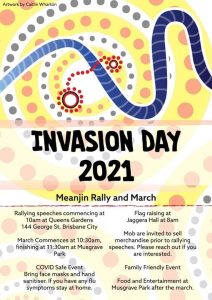