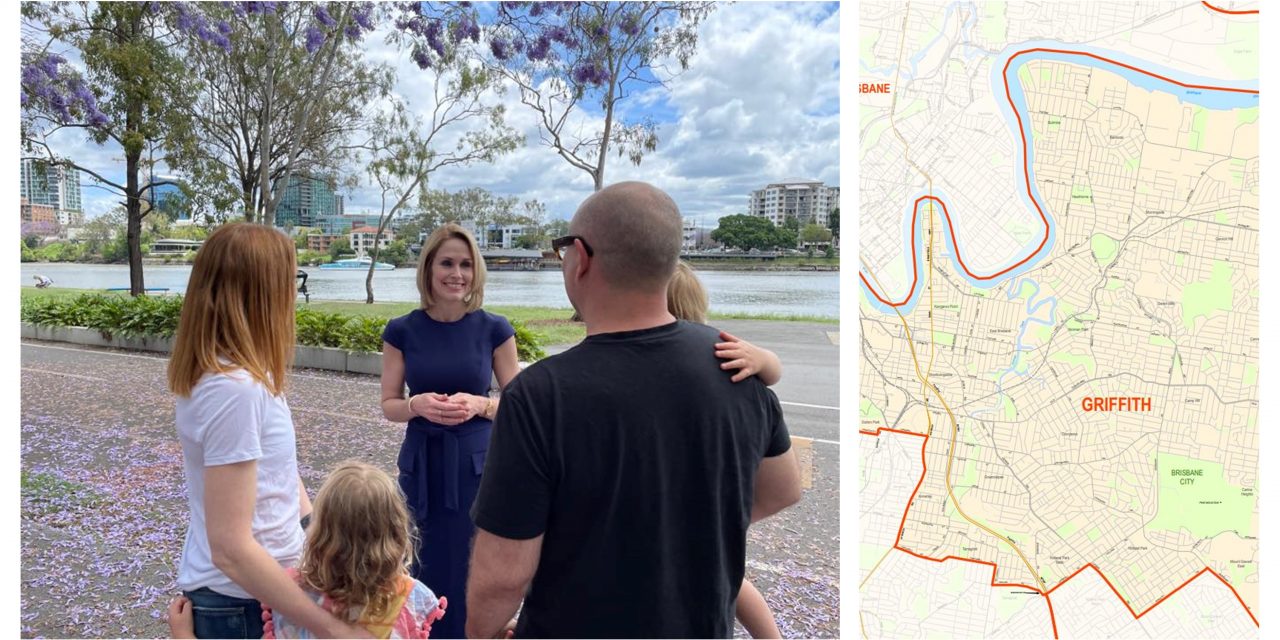 Ms Roberts is a lawyer and Coorparoo local. This is her second run for the seat of Griffith: in 2019 she won the primary vote, but was ranked third after the distribution of preferences.

I have built a successful career as a Construction Litigation Lawyer.

I am proud to be part of the Liberal National Party, which is building a strong economy and a stronger future.

In 2019 I advocated for and delivered funding to the Brisbane Tigers and Morningside Panthers.  I am a director of Easts Leagues in Coorparoo, a great local club that supports the community and many local groups.

I am also on the management committee for the Brisbane Tigers and I have regularly worked on game days to raise money for both the men’s and women’s teams.

Since being preselected again in September 2021, I made a commitment to protect and enhance our local lifestyle here in Griffith.

I have successfully advocated for funding to redevelop the clubhouse at Easts FC, a great local soccer club in East Brisbane. I also assisted with the cleanup efforts after floods, including but not limited to arranging a BBQ for all the volunteers cleaning up the Easts FC club house which was badly damaged.

How and why you think your values align with those of your party?

I believe in reward for effort and freedom of speech and religion.

I also believe in a secure environment, where Australia is safe and plays its part in world security.

I also believe in the rule of law. This is in stark contrast to the Greens, who are encouraging locals to refuse to pay bus fares as part of a so-called protest about public transport. Theft is not a protest.

Regrettably, the current Labor Member has done very little in terms of getting outcomes for Griffith residents. The consequences of voting Labor and/or the Greens is you’ll get protests and publicity stunts; however, our area will not get the services and road improvements we need.

In between my last campaign and this one, I’ve been working hard in the community and listening to locals. It’s clear that locals aren’t being serviced by Labor’s local member.

The key difference between the LNP and Labor is that our policies are fully costed and will be achieved. We also have a strong track record when it comes to economic management.

Labor sees success as something to tax, I see success as something to be celebrated because I know how hard people work to achieve what they want in life and to pay bills and raise their families. The LNP believes in reward for effort. I have worked hard my entire life to get where I am, and will continue to work hard to help the community.

The implementation is policy isn’t hard if you have a fully costed plan to get there. For example, in a matter of days, the Prime Minister announced that the fuel excise would be cut, and only a few days later, fuel across the country was at least 22 cents cheaper a litre.

The Morrison Government has a strong track record when it comes to building infrastructure, like the Brisbane Metro project and new green bridges, as well as M1 upgrades and the Bruce Highway upgrade. On the contrary, Labor has been in government for a decade now in Queensland and hasn’t removed one open level crossing.

The Prime Minister moved with hasten to implement cost of living incentives for Griffith residents. This includes delivering cheaper petrol, and extending the first homebuyer’s grant to 50,000 places. In addition to this, the Prime Minister has agreed to fund the record $700 million dollar flood relief package for flood affected residents. There are thousands of households in the Griffith electorate that will benefit from this Commonwealth funding.

The Family Home Guarantee also assists single parents to buy a family home with a deposit of as little as two per cent, regardless if they are a first homebuyer or previous owner-occupier.

Griffith needs a strong, hard working and visible member of parliament who is part of a government that will continue to deliver for all Australians. Record funding in health and schools has been delivered by the Morrison Government.

I am working hard to ensure the re-election of a majority Liberal National Federal Government.

Her webpage is HERE