Election 2022 – Getting to know Griffith. 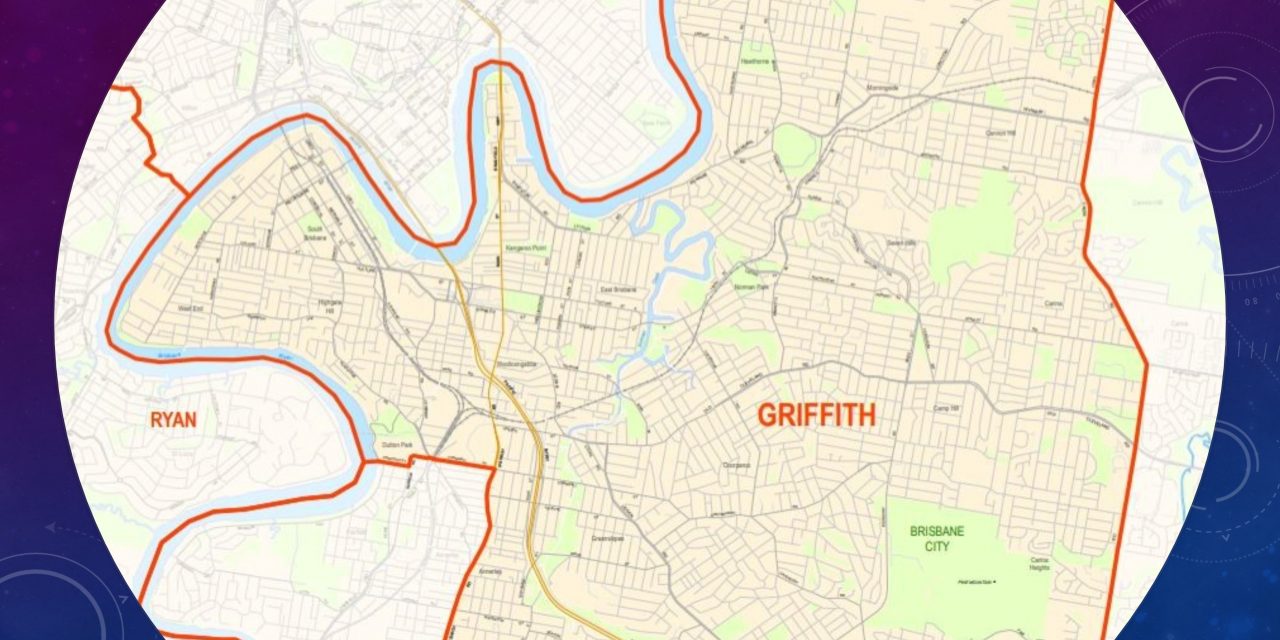 The Griffith electorate, encompassing much of Brisbane’s south side, is a marginal seat (2.9 %) held by the Labor Party’s Terri Butler. Although historically a Labor seat, the Greens consider it a target at this year’s election.

Terri Butler has been the Member for Griffith since 2014 and holds the role of Shadow Minister for the Environment and Water. She gained the seat in 2014 at a by-election after previous representative Kevin Rudd’s resignation. Ms Butler won 51.8 % of the two-party vote against Liberal National Party candidate Bill Glasson. Prior to entering politics, Ms Butler led an employment law practice for law firm Maurice Blackburn.

In the 2019 Federal Election, LNP candidate Olivia Roberts won 41 % of first preference votes, with Terri Butler winning 31 %, and Greens candidate Max Chandler-Mather taking 23.7 %, a swing of 6.7 % to the Greens.

Liberal Nation Party candidate, Coorparoo resident and lawyer Olivia Roberts is once again contesting the seat, after her unsuccessful run in 2019. Focusing on the economy and infrastructure, Ms Roberts will be looking to improve her preference count while retaining a high primary vote.

Max Chandler-Mather, Greens Party candidate, will be looking to maintain momentum after a considerable swing in 2019. Previously involved with Councillor Jonathan Sri’s 2016 Gabba Ward campaign and the State campaigns for Amy McMahon and Michael Berkman, Chandler-Mather is running on a progressive platform including climate action, tax reform and education. The Greens consider Griffith to be the second most winnable seat for them nationally  in this election.

The United Australia Party is running small-business owner and musician Robert McMullan for the seat. The party historically has a low share of votes in the Griffith electorate, and Mr McMullan will be keen to expand its voting base in the 2022 election.

One Nation and the Fraser Anning Party fielded candidates in 2019. This year, One Nation made a late announcement for its candidate, business woman, Shari Ware.

As in any ranked choice voting system, the flow of preferences will be a key factor in determining who takes the seat. While the advice of the parties to their voters is certainly indicative, the power of preferences lies with the voters.

Although parties are yet to make preference decisions public, there are historic precedents which are worth looking at. Labor and the Greens have long guided their second preferences toward the other, and neither is likely to back the LNP over other, more conservative, parties. The LNP usually places Labor before the Greens, however in the 2021 State election they controversially preferenced the Greens above Labor.

There has been mixed messaging from Clive Palmer about United Australia Party preferences and we may have to wait to see their printed ‘How to Vote’ cards.

Inner city electorate Griffith stretches from Morningside in Brisbane’s east to Fairfield, covering ground along the river between the two and as far south as Holland Park. Covering 57 sq.km of Brisbane, the electorate is home to vibrant communities, arts and culture hubs, education, and hospitals.

Queensland cultural and arts centres have their home in Griffith, with Southbank, the State Galleries, the State Library, QPAC, Queensland Ballet, Metro Arts, and the Brisbane Exhibition Centre, all based in the electorate. Griffith University has a campus in South Brisbane. The iconic Brisbane Cricket Ground (the Gabba Stadium) also falls into the Griffith electorate, as do several hospitals (Greenslopes Hospital, Princess Alexandra Hospital, and the Mater Hospital). Griffith is also home to state secondary education institutions Brisbane State High School and Brisbane South State Secondary College (complete with youth wings of the major parties).

A range of key organisations have offices in Griffith suburbs including the Queensland Labor Party’s headquarters, the Queensland Council of Unions, conservation, and environmental groups such as the Environmental Defenders Office, the Wilderness Society, and the Queensland Conservation Council; along with health and social support agencies such as Queensland Aboriginal and Islander Health Council, Micah Projects, Community Plus and Sisters Inside. Indigenous radio station Triple A and ABC Brisbane are also based in the electorate.

Griffith is a young, well-educated electorate. According to the 2016 Census (most recent data available), a comparatively high number of residents hold a bachelor’s degree or higher, at 38.1% (Queensland’s total is 18.3%, while Australia’s is 22%).

The majority of residents of Griffith were born in Australia (65.9%), with England and New Zealand the second and third most common countries of birth at 3.5% and 3.2% respectively. It has an Aboriginal and/or Torres Strait Islander population of around 1.2% with 1919 people, and the majority of people identify with no religion (34.4% compared to Australian average of 29.6%) with Catholicism the second highest adherents at 24.1%.

The average household in Griffith has 2.4 people, and the median weekly household income is $1890, significantly higher than the national average of $1438. Most residents work full-time (61.7%), and the most common industries of employment are hospitals at 5.9%, hospitality at 3.7%, and state government administration at 3.1%. A comparatively large portion of workers in Griffith describe themselves as professionals (34.2% compared to 22.2% for Australia at large).

The majority of households in Griffith are family oriented (62.5%), with 27.7% of housing being single person households and 9.8% being group households. Most of these residencies are rented at 46.5%, compared to those owned outright (20.8%) and owned with a mortgage (29.7%).

Select candidate’s name to go to their profile.

For all Griffith related stories see this LINK.