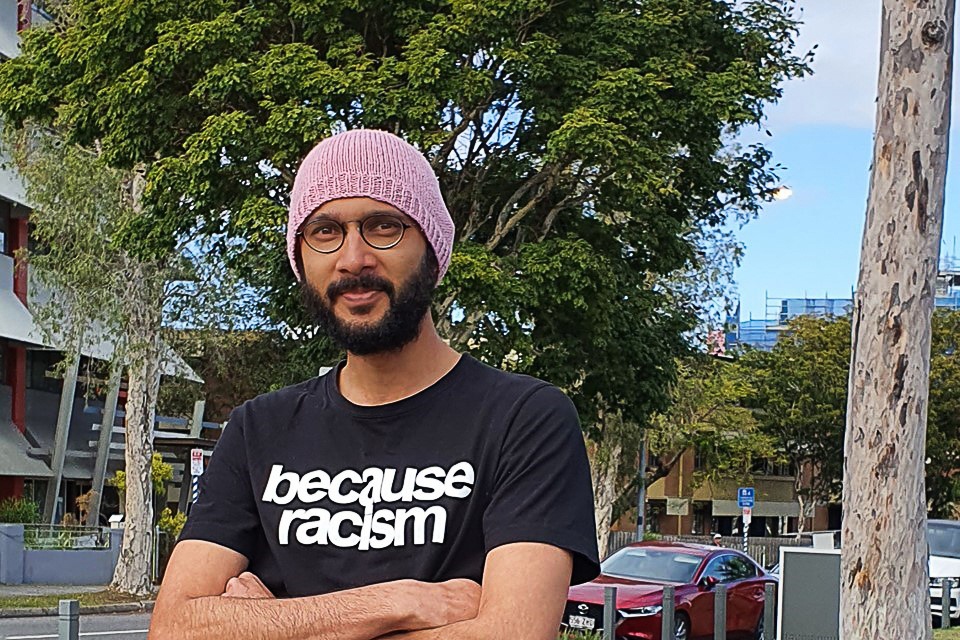 Councillor for The Gabba, Jonathan Sri has announced that he will challenge Brisbane City Council in court for fining him for standing in the middle of Queen Street Mall holding a sign protesting the Federal Government’s expansion of the cashless welfare card last September.

Cr Sri was issued with an infringement notice for “… conducting a public assembly in a mall which is not authorised under the Peaceful Assembly Act 1992 (PAA), pursuant to section 71 of Brisbane City Council’s Public Land and Council Assets Local Law 2014 (PLACA) at 1.34pm on Friday 25 September 2020 in Queen Street, Brisbane.”

Cr Sri said the protest involved only five participants (four people holding signs and one person filming), and did not involve blocking roads, walkways, or access to businesses.

“There weren’t even amplified speeches over a PA system. We just stood quietly in the middle of the Mall holding signs for about fifteen minutes.”

Council has rejected Cr Sri’s appeal through its internal appeals process. In his letter to Cr Sri, the Disputes Commissioner said:

“… the jurisdiction of the Office of the Disputes Commissioner is quite limited. My role is to determine whether an offence occurred (which it did), whether the infringement notice was issued correctly (which it was), and whether there are any extenuating circumstances which would warrant the withdrawal of the
infringement notice. I do note however your assertions in relation to Brisbane City Council’s compliance with the Human Rights Act 2019. Therefore, I have referred this matter to a separate program area within Council, and your comments are currently being investigated. You will be advised of the outcome in due course.”

Cr Sri said he will now take the matter to the Magistrate’s Court in what he says is, “a stand against attacks on basic civil liberties”.

“I’m challenging the fine on the basis that the alleged offence is an unjustified and excessive imposition upon the right to peaceful assembly, which is protected in both the Peaceful Assemblies Act 1992 and the Human Rights Act 2019.”

“Over the years, Brisbane City Council has gradually strengthened its powers to criminalise and suppress peaceful protests, particularly where those protests target the federal government or big corporations,” Cr Sri said.

“Local laws restricting peaceful protest that were introduced prior to Brisbane hosting the G20 in 2014 have never been repealed.”

Cr Sri said the charge of ‘Conduct a public assembly in a mall which is not authorised under the PAA’, is so broad that it could theoretically apply to any group of people who gather in the Mall for any purpose.

“By imposing onerous requirements such as demanding public liability insurance, and expanding the areas of the city that are defined as malls (where special rules apply), BCC has chipped away at the fundamental right to peaceful assembly and freedom of expression.”

This is not the first time Cr Sri has come into conflict with Council in relation to protests.

“In August 2019, the Lord Mayor took me to court to prevent a lawful, peaceful street march, and I won.”

In 2019, Queensland’s chief magistrate, Terry Gardiner, ruled that he was not satisfied Council’s bid to refuse permission on grounds the protest would cause significant public disturbance “was reasonable … in a democratic society”.

Commenting on the chief magistrate’s ruling in 2019, Michael Cope of the Council of Civil Liberties (QCCL) said that the intervention by the Brisbane City Council before the Court was a political stunt by the Mayor, “of which former Premier Bjelke Petersen would have been proud”.

“It is clear that there is a right to peaceful protest in this State. Sometimes, when rights are exercised in a democracy other people are inconvenienced. That is the price that we pay for having a democracy,” Mr Cope said.

Cr Sri said in a statement that some people feel annoyed when protesters use public spaces that double as roads, but they do not realise that activists can also be fined for holding assemblies in car-free spaces like Queen Street Mall.

“Governments go to great lengths to discourage and prevent peaceful assemblies because they know how effective public protest can be at challenging injustice and oppression.”

Cr Sri said that Council has received his form electing to have the matter heard in court, but he has not yet have a court date.