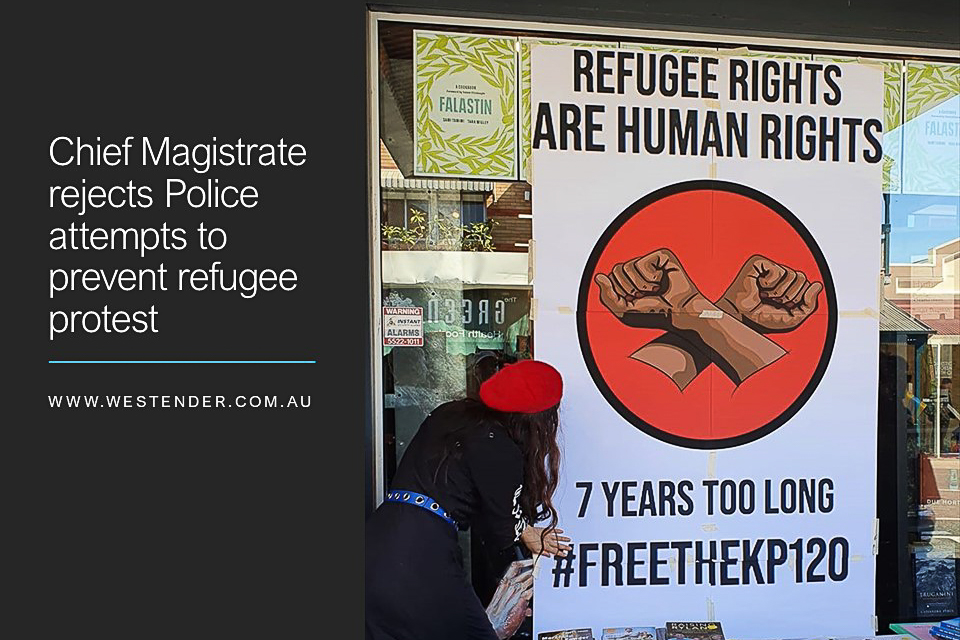 Jonathan Sri, Councillor for the Gabba Ward, has welcomed a decision by the Chief Magistrate Terry Gardiner, to reject Police arguments that a protest planned for Sunday afternoon would jeopardise public safety.

Protesters will now be able to lawfully gather on Main St, Kangaroo Point outside the hotel where the federal government is holding 120 refugees in indefinite detention. The protest will be held at Main and Walmsley Streets from 12 noon to 3:30pm.

The notice of intention to hold a Peaceful Assembly was lodged by Father Terry Fitzpatrick of St Mary’s in Exile and Jonathan Sri, who agreed to take all reasonable steps to ensure that residential driveways on Walmsley St would not be blocked unnecessarily.

“I think we all have a moral obligation to stand up against the governments’ ongoing human rights abuses of refugees, and unfortunately other channels such as petitions and submissions simply haven’t created enough pressure by themselves,” Councillor Sri said.

“The police applied to the court for an order preventing any protests whatsoever around the Kangaroo Point hotel this weekend, but the judge disagreed with them,” Councillor Sri said. “It’s disappointing that Queensland Police continue to waste taxpayer resources trying to suppress lawful protests. If they were really concerned about public safety, they would be investigating the unlawful imprisonment of hundreds of refugees who are being held in detention without justification.”

Refugees who arrived by boat as 15-year-old teenagers are still in detention seven years later, with no plan for their release. Families have been forcibly separated, and detainees with severe health conditions have been denied access to essential medical treatment.

Protesters at Kangaroo Point are calling for an end to indefinite detention and for all refugees to be released into the community. They are also calling for the men held at Kangaroo Point to be immediately allowed to freely exercise outside the cramped hotel compound, and for the government to stop transferring outspoken refugees to higher-security facilities away from public scrutiny.

“I expect this weekend’s assembly will be peaceful, diverse and inclusive,” Councillor Sri said. “Participants come from many different backgrounds and political persuasions, but we are united in our shared belief that people should not be locked up for years without a release date simply because they dared to ask Australia for help.”

“My main concern for this weekend is whether police will try to use unlawful move on directions to intimidate protesters or kettle us into confined areas where we can’t maintain safe distancing, but the court ruling authorising the rally on Main St means the police shouldn’t have a legal basis for suppressing it.”

“We are of course encouraging participants to wear face-masks, avoid unnecessary physical content and to stay home if you have any flu-like symptoms. The State Government is allowing up to 10 000 people to gather down the road at the Gabba Stadium, so I think concerns about COVID-19 should be considered in that context,” Councillor Sri said.

Main St, Kangaroo Point will be blocked between Walmsley St and Lockerbie St from 12:30pm on Sunday. Through-traffic and heavy vehicles are encouraged to take alternative routes via the Pacific Motorway, while local vehicles will still be able to access businesses and residences around Kangaroo Point.