Lap of Honour for Legend of Musgrave Park Pool 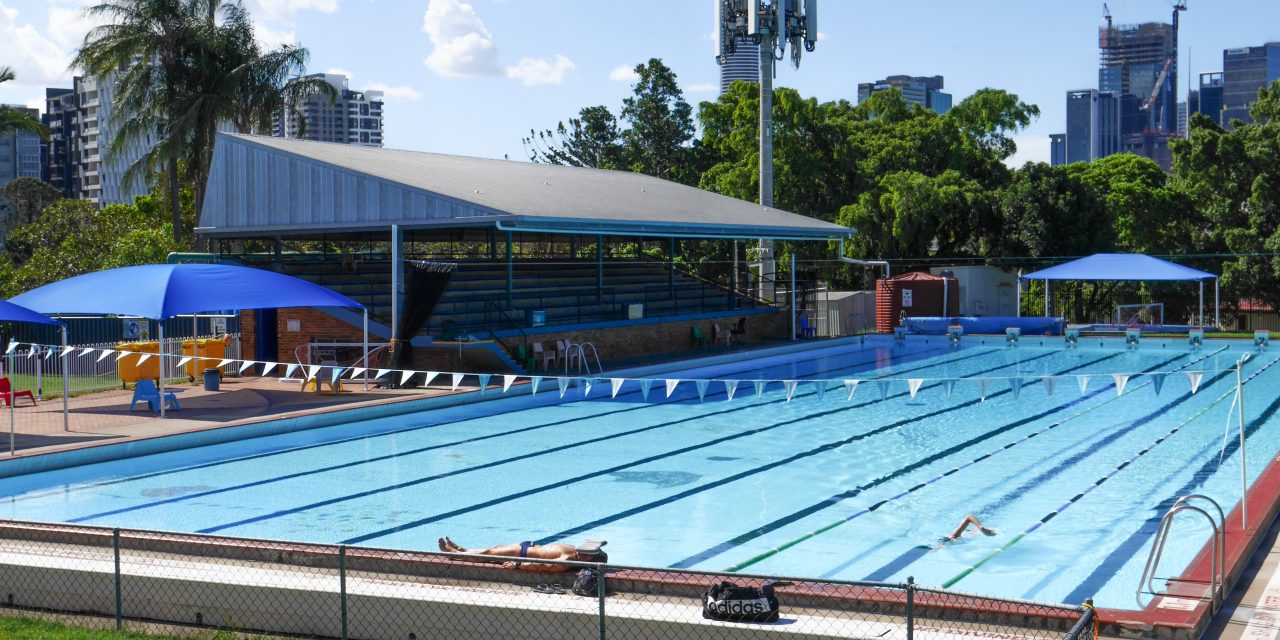 Musgrave Park Swimming Pool is something of an oasis for inner city West End. It sits, surrounded by park and trees, before a backdrop of city high-rise. It is also a community hub: a centre for local events, a place for young people and families, and the swimming home for the Barracudas Water Polo Club and for Brisbane State High.

The 22nd of April marks the end of an era for Musgrave Pool. On that day the pool closes for significant renovations, and Alan Humphries, its longest serving manager, with his daughter Ella, will retire after 21 years in the role. 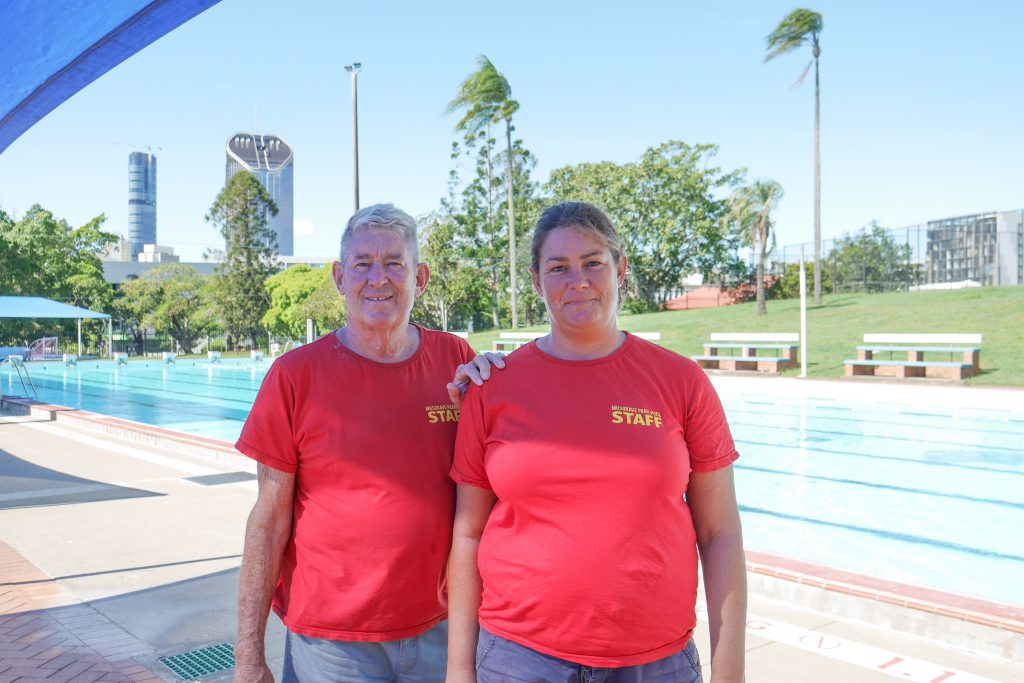 Alan has been integral to the community atmosphere at the pool, and it is the people he says he says he will miss most.  He will be remembered for his generosity and trust. It is not unusual to arrive at the pool to see a sign propped up on the counter saying, “back in 10, leave fees on the counter, or pay when leaving”.

Alan still gets return visits from old scholars of the high school who remember swimming at the pool as kids.

The Barracudas is the longest running water polo club in Queensland and has used Musgrave pool since 1968 and will continue at the pool after 2020. Several water polo Olympians have trained at the Musgrave Pool, one of note is Rhys Howden who will be competing at his 4th Olympics next year.

Sean McDonald, President of the Barracudas, reckons that Alan is the perfect fit for our community. “The [water polo] families have been so grateful to Al for the support he has given them and the club. He is generous – nothing is a problem for him”, Mr McDonald, said.

To mark his retirement, at their end of season trophy night on Sunday the 31st of March, and in front of a crowd of over 300 people, the Barracudas presented Alan with a club towel embroidered with “Musgrave Pool Legend – Al”.

Swim for the Reef has been a feature event at the pool for the past four years. CEO of the Environmental Defenders Office and organiser of the event, Jo Bragg, told the Westender:

“Alan and Ella Humphries have made Musgrave Park Pool a wonderfully welcoming community space. In a busy world they gave us the space to enjoy thoughtful conversations and of course swims at Musgrave Park amidst the trees. For four years Musgrave Park has hosted Swim for the Reef. The Swim has been fun, colourful and creative. Together we raised over $200,000 for community legal action to protect the Great Barrier Reef.” 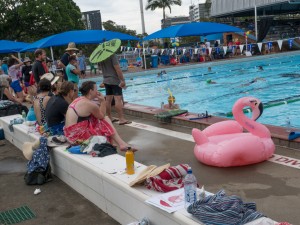 Swim for the Reef

Memorable visitors to the pool Alan says, include Deborah Conway, who held her after party for her Songs of Patsy Cline show at the pool; and former Premier Anna Bligh, former Mayor, Tim Quinn, and the visiting Jenny Macklin MP.

Swimming and pools have pretty much been Alan’s life. At 14 Alan broke the Queensland record for breaststroke and swam for Australia. He missed out on the Tokyo Olympics in 1964, losing to the eventual gold medal winner. He played water polo and was selected for, but ultimately did not play, for the Queensland team. Before coming to manage the West End pool in 1998, Alan managed the pool at the University of Queensland for ten years, and he also managed The Valley Pool.

Alan reckons Musgrave is one of the last of the old-fashioned pools, “so we sort of match one another”, he said. But he welcomes the upgrade. The new pool he said, will have a lot of good features such as long overdue ramps enabling access for disabled people. It will also cut out the leaks. The pool currently leaks badly and is an environmental hazard. And it will be heated, which will make it potentially an all-year round pool.

One thing that Alan would like to see at the renovated pool (and he is encouraging people to raise this with Council), is a new set of paintings by Adam Lester to replicate the artworks completed in 2015. (See link). 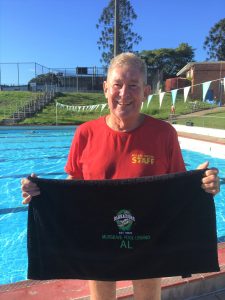 While Alan has no definite plans for his retirement it is likely to involve more time with grandchildren and, “I can draw, I can paint, I can hypnotise people”, he said.

Ella has worked at the pool with her Dad for the past 10 years and during that time she has completed a law degree.  The work at the pool has given her a package of skills, especially in dealing with people, that will be an advantage for her work as a lawyer, Alan reckons.

I asked Alan if he had a final message for the community. Just one he said – Musgrave Park is an important Indigenous place and Alan has enjoyed working with the community and with the kids who come to the pool.

Alan’s message to the people who will manage the renovated pool is to recognise it as an Indigenous place and to “…provide the respect and dignity that the Indigenous community deserves.”

The pool renovations are scheduled to be finalised towards the end of 2020. Details of the pool upgrade are on the Brisbane City Council web site.

A brochure telling the story of the pool was developed by Steve Capelin of West End Making History Group to celebrate its 50th year. You can pick up a copy at the pool or at Avid Reader Bookshop. See too Steve Capelin’s Brisbane’s love affair with swimming.