Local organisations struggling to keep up with demand, Terri Butler 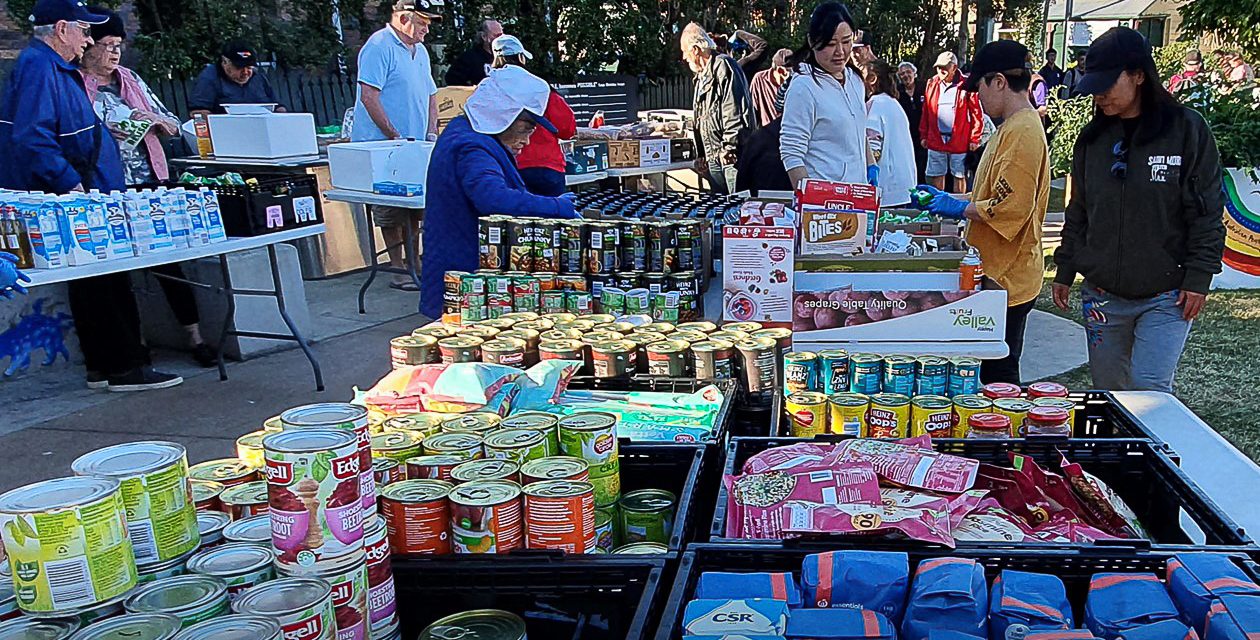 Terri Butler MP is urging the Morrison Government to direct extra funding to local food banks and emergency relief organisations in the Griffith electorate, to meet a spike in need caused by the Coronavirus crisis.

Ms Butler said she has written to the Federal Minister for Families and Social Services asking for a share of funding announced earlier this year to be directed to local organisations.

“Loss of income is putting locals under significant stress with people really struggling to pay the bills, rent or mortgage, and put food on the table,” Ms Butler said.

“Australia is in a deep and painful recession with nearly a million unemployed and facing intense financial pressure.

“Food Bank says more than a million people are relying on charity just to eat each day.”

Ms Butler has said that the Government’s announcement of additional funding for emergency relief and financial counselling is important and has the potential to make a big difference to people facing a tough time. But, she said, Community Friends and other local organisations are struggling to keep up with the demand for food parcels and are facing a shortfall in supplies, volunteers and money.

“It’s now really important money gets to the front line as quickly as possible, and that means boosting funding for local organisations.”

“These organisations have the experience, local connections and community trust that is needed at a time like this.”

“We are all facing this test together, and it is a chance for our community to be kind, caring and helpful to one another.” 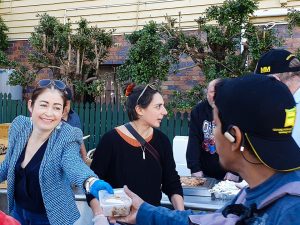 People in West End would be familiar with the snaking lines of people queuing for food at Bunyapa Park on Wednesday afternoons.

Mark McDonnell, who runs Community Friends, told the Westender in May that before the pandemic, the group had been providing food to around 100-150 people. By May they were getting closer to 200-250 people each week and had tripled the amount of food they provided. Mark said yesterday that numbers remain high, and he is worried that if there are changes to Job Seeker and Job Keeper payments, numbers will increase even more. 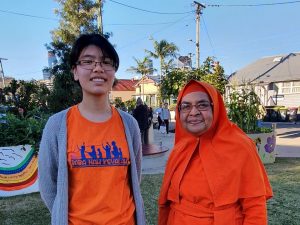 International students make up about 50% of the people coming to Bunyapa Park for food. Students from Poland, Chile and France were in the food queue yesterday. Most live in share-houses, some with up to seven people, and they make what money they can, paradoxically, by delivering food. This enables them to earn enough to cover their rent but leaves nothing over for food and other essentials.

Ms Butler said that international education is an incredibly important services export for Australia. She said that Labor has spoken out about the importance of making sure there are accommodations for people here on temporary visas, including students.

“Our country is a good country, a compassionate country, a wealthy country by global standards: we shouldn’t be in a situation where people end up being left behind.”

“So, for students, it’s really great that Community Friends are helping people make sure they can get food. That’s really important and really fantastic. But, I think it’s a reminder that we do have a cohort of people who have been left behind, and they need to rely on an event like this to come and get food. It’s not just students; it’s people who are in business for themselves, it’s people who’ve worked in hospitality or people who’ve worked in travel: people who’ve lost their jobs in what was already precarious employment … and now they’re coming here for food.”

Ms Butler said she is concerned about the talk from the Federal Government of a ‘snapback’ to the way things were before.

“It’s just foolishness. I think it’s really out of touch to talk about a snapback.”

“As a matter of social justice and compassion, people need to know that there’s going to be income support that is liveable, that isn’t going to throw everyone into poverty. And, as a matter of economics, we need income support to be a genuine automatic stabiliser – in other words, we need money to be going into the pockets of people who are going to spend it when we’re in a recession.”

Ms Butler thanked locals who have provided much-needed support to local organisations in the absence of adequate Federal Government funding.

Locals wanting to help out by volunteering their time or donating food or money can get in touch with the office of Terri Butler MP or contact Community Friends, Community Plus (West End Community House) and Bulimba Community Centre.

Mark at Community Friends said that all support provided by the community is welcome. But, if people donate money, his organisation is able to purchase goods at a lower cost than people can buy from the supermarkets: so cash donations can be more efficient.

Micah Projects has also been running a food program during the COVID crisis, including support to international students.

A new organisation to West End, Dig In, is planning to provide free hot meals at Bunyapa Park on Saturday, 18 July from 4.30 pm.

Dig In aims to ensure every disadvantaged person in Brisbane has access to a filling, nutritious and wholesome meal.