Lord Mayor accused of backing away from controversial projects in priority shift. 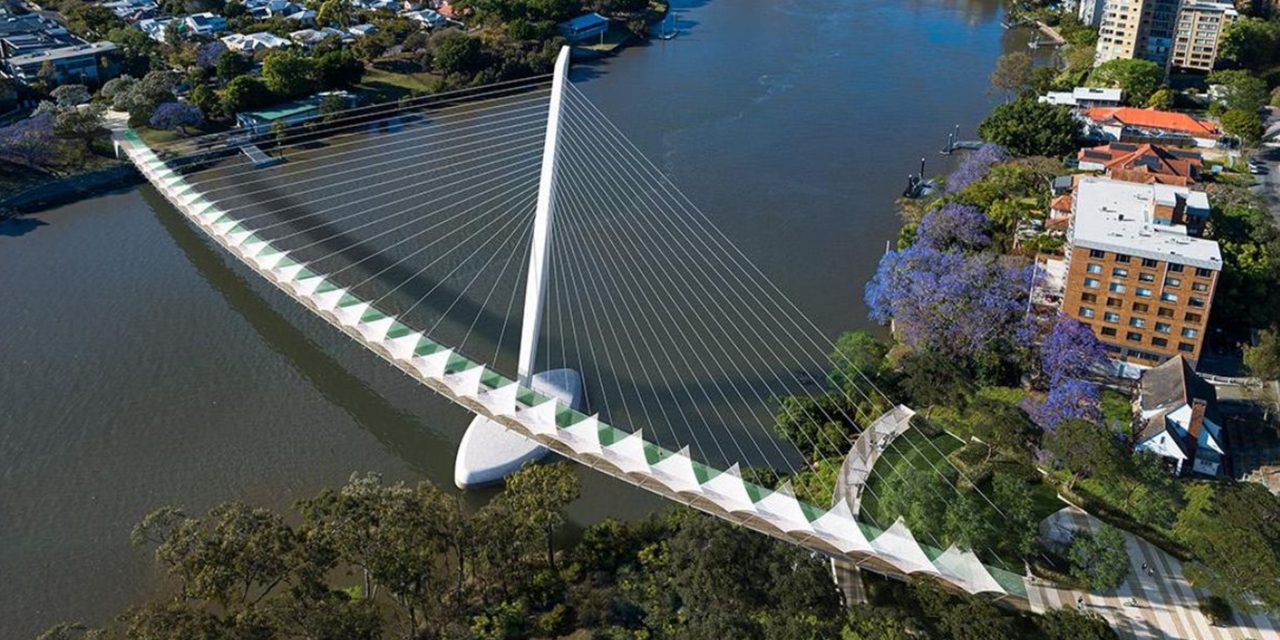 The Lord Mayor, Adrian Schrinner, announced yesterday that rebuilding roads, bridges, bikeways, parks, and sports facilities will be prioritised in next month’s Council budget to help Brisbane bounce back from February’s devastating flood.

While Council focuses on the repair work, a number of projects and programs will be paused and temporarily scaled back.

The decision includes to pauses on the two West End green bridges and the Mowbray Park Vision project.

Other projects paused or scaled back under the Council’s budget ‘reprioritisation plan’ include:

Council’s damage bill from the February flood is estimated to be up to $330 million ($660 million before disaster arrangements) – three times more than the cost of the 2011 flood.

In addition, Council says the extreme rain event and COVID-19 relief measures have contributed to more than $100 million in additional Council expenses and a $100 million decline in revenue.

The Lord Mayor said he is not prepared to adopt a “go slow” approach and let the massive flood rebuilding effort drag on for a decade or more.

“If we took a business-as-usual approach to reconstruction then we would be lucky to be finished before the Brisbane2032 Games and I’m not prepared to let that happen.”

However, Labor Opposition Leader in Brisbane City Council, Councillor Jared Cassidy has accused the Lord Mayor of being “one of the most conniving spin doctors of all time.”

“Every single project he claims to be putting ‘on pause’ is either controversial or a promise he never intended to keep.”

“Adrian Schrinner left our monohull ferries to rot and never intended to fix them, he promised five green bridges but only ever budgeted enough for two, and he was met with monumental backlash over the Mowbray Park Vision because his plan there was to demolish a community facility.”

“Now all of a sudden those projects are on the back burner? Give me a break,” Cr Cassidy said.

Cr Cassidy said Adrian Schrinner has not ruled out a rates hike in the upcoming budget because he knows it will be huge.

“The LNP Mayor is using the floods as a PR tool to defend himself against obscene rates hikes to pay for his cost blow-out Metro bus project which is now costing residents $1.7 billion instead of $900 million.”

The Gabba Ward Councillor, Jonathan Sri, who had lobbied hard for the West End bridges, said there had been no timelines for the bridges, and the Lord Mayor’s statement was light on detail.

“I’ve always said that the Toowong Bridge is a higher priority bridge, and I’m disappointed to hear that they postponed that. I think there’s a strong need for at least one bridge between the inner west and the inner south. And to suggest that they can indefinitely defer that bridge isn’t good long term planning.”

Cr Sri said rapid population growth in the inner south and inner west had created the demand for better connectivity for active transport.

“I really hope this is only a temporary delay, and they don’t use this as an excuse to quietly cut the project altogether.”

“They’re continuing to spend millions of dollars widening roads and widening intersections to carry more cars, but then cut major active transport projects. This highlights that the LNP is still primarily focused on car based transport and don’t value other more sustainable modes of transport.”

“So this is very much a mess that they’ve created rather than something that was unforeseeable. And it really highlights the broader failure to plan around environmental hazards like flooding.”

Cr Sri is less concerned about the postponement of the controversial Mowbray Park project that will see the demolition of the East Brisbane Bowls Club.

“That seems like one good piece of news, and maybe that’s a way for them to quietly back away from it without conceding defeat. It was always going to be ridiculously expensive to demolish the bowls club and the community is pretty strongly opposed to its loss. So I’m glad they’re walking away from that project. But so far they’ve only said they’re delaying, not canceling it, so I guess we’ll watch and see. But it does look like it’s bought a little more time for the Bowls Club to be saved and restored, which is great.”

Spokesperson for the Save Our Bowlo group, Michelle Dot Phillips, said if the Lord Mayor cares about the community, he needs to cancel, not delay, the demolition of the East Brisbane Bowls Club.

“It’s our club and we call on the Lord Mayor to return it to the locals, community groups and creative enterprises who have been displaced with its closure.”

“With Brisbane now facing this massive clean up bill, and so many community groups looking for space, why does the Lord Mayor still want to spend $1M bulldozing a public facility that was untouched by flooding?”