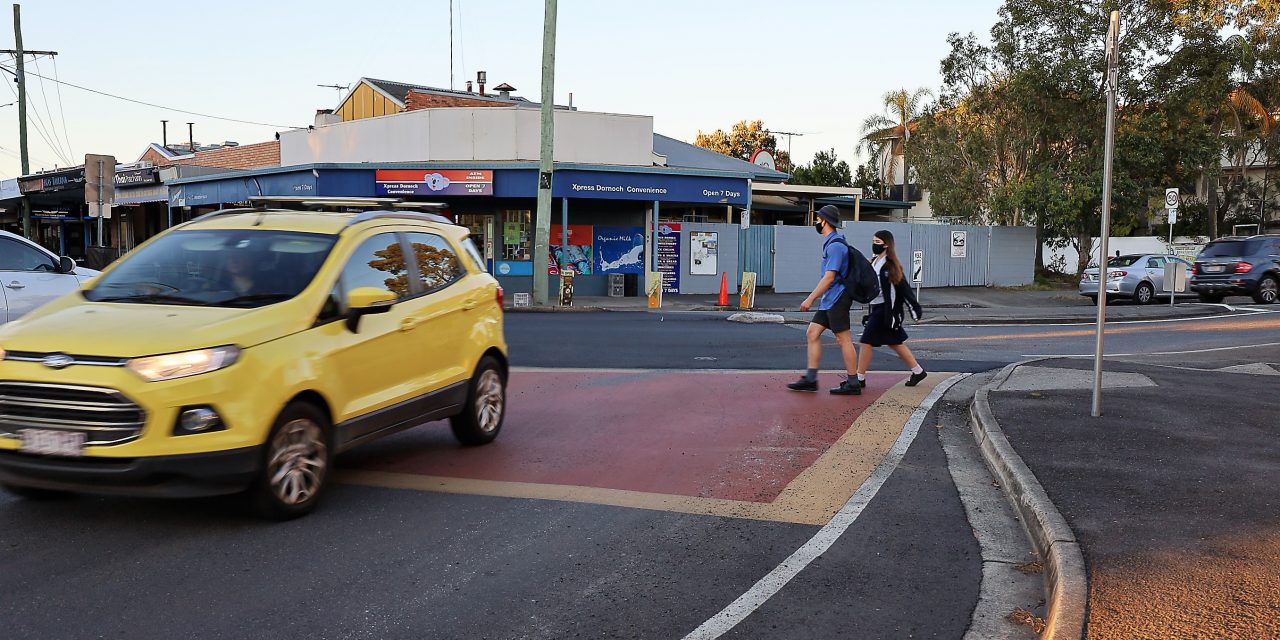 Brisbane City Council is in the process of upgrading Hardgrave Road. Still, there are no signs that Council will use this opportunity to provide much needed safety treatments to the dangerous intersection at Hardgrave, Dornoch and Ganges.

Council said it received a large amount of feedback from local residents and business owners during the consultation period, with 64 per cent of respondents disagreeing with the proposal. Based on this community feedback, Council decided not to proceed with the proposed concept design for Dornoch Terrace.

The Brisbane Times detailed the feedback in a report posted on 12 November 2019. It noted that residents who rejected the plan (72 per cent) were essentially concerned about the loss of street car parks. However, there was support for a range of proposed safety measures.

Council noted in its feedback that:

“The most supported elements of the project related to pedestrian connectivity and intersection safety improvements. Therefore, these components will be considered for funding in the next Council budget.”

When asked in January 2021, following another cycling accident, whether Dornoch Terrace is amongst the priorities for Council action, Civic Cabinet Chair for Transport, Cr Ryan Murphy, told the Westender that:

“More work needs to be done to achieve the best outcome for the community and several concept designs that were developed by Council for Dornoch Terrace would be useful for the local councillor should he revisit the issue.”

Councillor Sri told the Westender that he has been “consistently advocating for Council to redesign the intersection of Hardgrave Road and Dornoch Terrace as a low-speed shared zone with safer crossings.”

“… but unfortunately, it seems like the council administration is very reluctant to allocate any funding to this redesign after the strong pushback they received on their previous concept design for Dornoch Terrace improvements.”

“I think there’s a good case for removing some street parking along parts of both Dornoch Terrace and Hardgrave Road to create more room for safely separated bike and scooter lanes, but until more residents of Hardgrave Road itself are actively advocating for bike lanes to replace street parking, I think we’ll have a hard time convincing the LNP to look seriously at such options.”

“The Schrinner Council understands this intersection needs improvements and we continue to investigate options for incremental changes.”

“We withdrew our major upgrade plans for Dornoch Terrace after the former state member and the local councillor teamed up to oppose the project. Council won’t deliver upgrades that aren’t supported by the community.”

So, while Councillor Sri has leveled blame for Council abandoning upgrade plans for Dornoch Terrace at then local member Jackie Trad, Council, in turn, has blamed both Ms Trad and Cr Sri.

However, some on social media this week have argued that it is time for Council to put politics aside and to re-engage with the community.

West End Community Association (WECA) posted on Facebook this week that, “It’s a pity the markings are for the same car centric street design. There are loads of design options that we, as a community, can explore to improve the safety and functionality of our streets.”

And in response to a comment, “…it’s an indictment on Council that we aren’t confident of safety first.”

WECA said in its post that many residents had a range of ideas that could be explored by Council and asks if Council could run trials that include different speed limits and temporary car parks.