WECA continues its appeal against residential tower in South Brisbane. 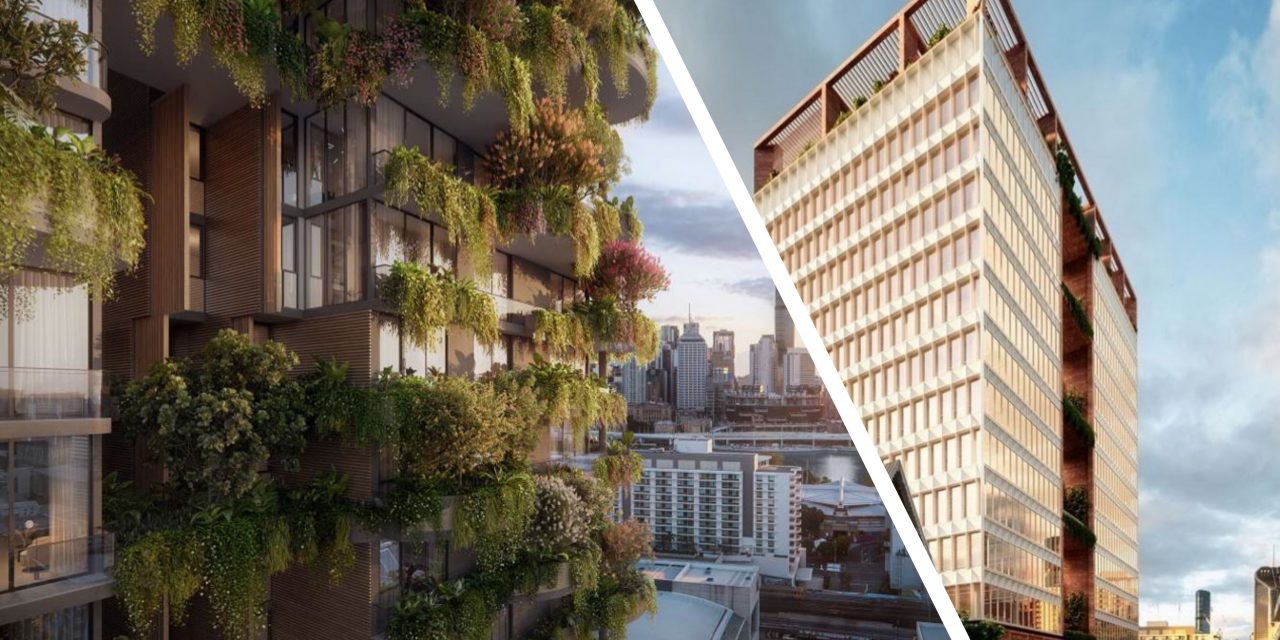 In June, The Urban Developer reported that a community group had “successfully kiboshed” Aria Property Group’s plans for a $300-million apartment tower at 88 Merivale Street in South Brisbane by filing an appeal in the Planning and Environment Court.

Two years ago Aria claimed the development, which boasted a number of green credentials, including 1,003 trees and 20,000 plants, would give Brisbane the world’s greenest residential building.

However, West End Community Association (WECA) and nearby residents argued that the community benefits Aria claimed would be delivered by the building did not justify the proposed height. At 32 storeys, the proposed development was 20 storeys above the zoned 12 storeys for the area. WECA said it was also concerned about the additional pressure the building would have on the local Musgrave Park and community facilities, including schools and transport networks.

Aria made a number of revisions to its project, including reducing the height to 18 storeys, and Council approved the revised project in December 2021.

WECA continued to argue that the plan did not define or measure “community benefit”, and the community group decided to appeal the approval in the Planning and Environment Court at its December 2021 AGM.

“At our 2021 AGM, WECA members supported the legal action to hold Brisbane City Council and Aria accountable to the legal planning scheme. In December, we lodged the Notice of Appeal for the 20-storey approved building in a 12-story zone at 88 Merivale St, South Brisbane – again with your financial support and backing. In the past 6 months, WECA have been working with our legal team on document creation, correspondence, and court proceedings,” WECA reported to members.

WECA has been raising funds through its #12IsEnough campaign to fund its court action and recently reported that it had raised $19,005 since starting its campaign in November 2021.

In May this year, Aria announced that the apartment tower had been “entirely jettisoned”, saying it was now investigating the viability of a 12-story medical facility on the site (DA A006007648). Aria cited WECA’s legal action as a factor in its decision.

Recent media reporting, using language such as “jetissoned”, “scrapped” and “kiboshed”, misses the point that while Aria has a new application over the site, it has not formally withdrawn its existing Council approved application (DA A005490380). It is not unusual for developers to have multiple approvals over a single site giving them a range of available options to meet changing circumstances.

WECA hosted a Special General Meeting on Sunday, 19 June 2022, at which members discussed the court action and agreed to proceed with its appeal against Aria and Brisbane City Council.

At the meeting, members discussed the pros and cons of a “without prejudice settlement offer” (in confidence) made by Aria. WECA reported that a vote by a show of hands resulted in an overwhelming majority voting against accepting the proposal.

“The extra 8 storeys (above zoning limit of 12) equates to roughly 96 units which add pressure to:

The appeal hearing in the Planning and Environment Court is scheduled for July 2022, and WECA says it will need continuing financial support from concerned residents to “judicially test the worth of the Local Plan and scrutinise the approval decision of Council.“

“We still have a way to go to source funds and pay costs for the next stage,” WECA told members this week.