John Jiggens puts his case for election in South Brisbane 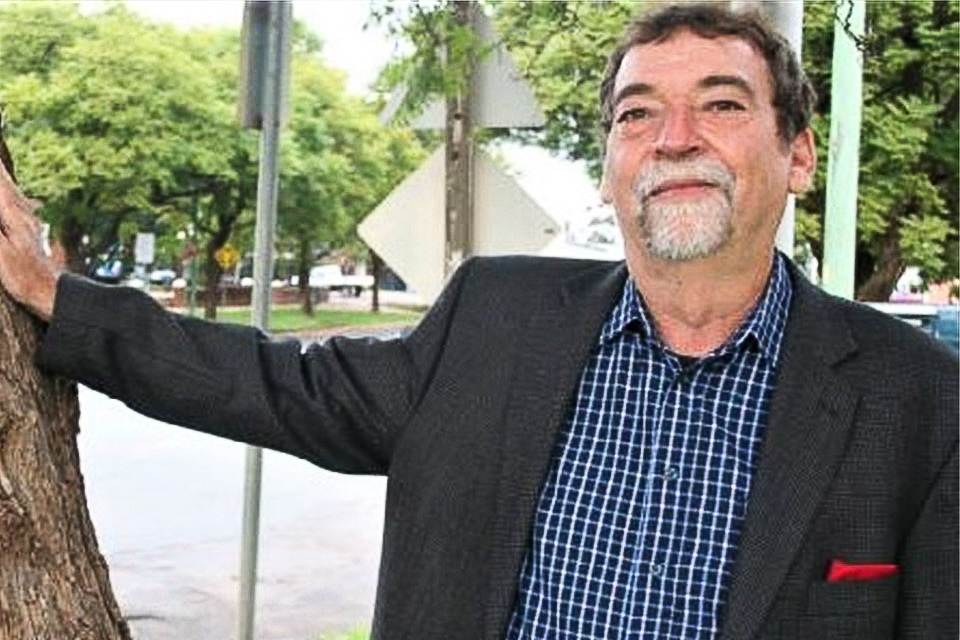 I am Dr John Jiggens, your independent HEMP candidate for the seat of South Brisbane. I am a writer, former academic and a journalist, who was the founding editor of the Westender and The Cane Toad Times and who has been a ZZZ journalist over several decades.

As a citizen journalist and a civil libertarian, my candidacy is motivated by the rising rate of imprisonment and the misuse of the police and prisons to solve drug and other social problems.

I am concerned as well by the monopoly power of the Murdoch Press in Queensland, like Kevin Rudd who has started this petition calling for a royal commission into the Murdoch press. As Murdoch’s son James Murdoch recently said, News Corp have legitimised disinformation.

Most of you will be unaware about the Queensland Productivity Commission (QPC) report on Imprisonment and Recidivism, which was released earlier this year, because the media has buried this valuable examination of the justice system in Queensland.

The QPC report found that Queensland’s imprisonment rate was growing at five times the rate of the population this decade and consequently, Queensland’s prisons are overflowing and are operating at 130% capacity. Given the growing rate of imprisonment, Queensland will need to build two new prisons to house the growing prison population over the next five years, at an estimated cost of $3.6 billion.

Our high rate of imprisonment is caused by our mistreatment of First Nations people and our misuse of the police to treat social problems like drug addiction, homelessness, and mental illness.  It costs $111,000 annually to lock these problem people away and each of the high security cells we house them in cost $600-$800,000. Locking people up is expensive and is a scandalous waste of money when its main purpose is to hide social problems away. No one denies that prisons are needed to treat dangerous criminals, but this is not what they are being used for in Queensland. Drug addiction, for example, should be a health issue. Under Prohibition, it is far easier to find a drug dealer than to find help.

Keith Hamburger, a former Director General of Corrective Services, in a recent interview told me.

Another of the QPC’s solutions to the rising numbers of prisoners is to reduce the rate of imprisonment by offering different penalties to those who commit offences without a direct victim.

This category included drug possession offences, motor vehicle and some driving offences, regulatory offences, and public nuisance offences. These minor offences make up about 30% of the prison population so a non-prison option like community service programs would lower prison numbers significantly and help avoid the $3.6 billion needed for new prisons.

A sensible measure such as the legalisation of cannabis would save a billion dollars annually, reduce the need to build more prisons in Queensland, and avoid the all-to-frequent trauma of drug-police home-invasions.

Meanwhile, Queenslanders suffers from the harshest cannabis laws in Australia and have the highest number of cannabis prosecutions in the country; over 20,000 cannabis offences are prosecuted in Queensland each year, 5000 more than NSW and twice the number in Victoria, which are larger states.

As a cannabis user, you are criminalised. The anonymous polling booth is one place where you can safely make a mark to end prohibition of this marvellous medicine and strike a blow against your own criminalisation. My goal is to use the platform of the election as a referendum on cannabis legalisation. Send a message the political class will hear by giving me your first preference!  Vote for me first and then redirect your second preference to your favoured candidate as I am sure to not win, and use your vote twice. On behalf of our cannabis community send a message to the politicians that we are not criminals!

Queensland spends $500 million annually on the enormous social failure of the war on drugs, which is promoted by the Murdoch media empire and the politicians they back.  But no matter how much they spend on police and prisons, the black market keeps growing, fuelling the state’s current crime wave, because prohibition is counter-productive and creates an enormous criminal market, which has become the major source of police corruption.

How big is the illicit drug market in Australia?

Street value it is worth an estimated $25 billion dollars annually, comparable in size to the alcohol industry, and large criminal organisations struggle violently to control this lucrative market. The reason it has grown so huge is because of the enormous amount of money we spend on drug law enforcement. Every dollar you spend on drug law enforcement is worth ten dollars to the black market.

My PhD was Marijuana Australiana: Cannabis Use, Popular Culture, and the Americanisation of drugs policy in Australia. It has been downloaded 21,193 times (and rising) since deposited on 03 Dec 2008, and is one of the most widely read Australian history theses. The Joke, a rewrite of my thesis will be published shortly. I have written award-winning papers and was selected to write the 6,000-word article on the world drug trade for the third edition of the MacMillan Encyclopaedia of Alcohol, Drugs and Addictive Behaviour.

To understand the illicit drug trade, you need to know how drugs operate as a commodity under prohibition and examine the relationship between drugs policy, price, and the market. While researching my PhD on cannabis prohibition, I spent considerable time building a model of the cannabis market, determining its size and its estimated ‘street value’, as well as estimating the cost of drug law enforcement. I was puzzled to see that the value of the cannabis market increased as a multiple of the cost of drug law enforcement.

The explanation is this: the main cost for a seller of illicit drugs is the cost of drug law enforcement. Consider cannabis: what causes the price of an ounce of dried cannabis flowers, which is an easily grown plant, to be worth $400?  It is the weight of all that police, legal, and prison power pressing down that creates the price of cannabis under prohibition.

The iron law of price is that price varies with the regime of prohibition, which means when the police press down twice as hard, the price doubles. The corollary of the iron law of price is that the amount spent on drug law enforcement acts as a multiplier for the value of the illicit drug market; as you increase police resources to crack down, you increase price and more money becomes available to corrupt the police and the political system and to finance gangs that, in extreme cases, grow into private armies: the exemplar for this is to be observed on the US-Mexico border. Prohibition is a subsidy for organised crime, and it leads to an age of gangsters, organised by corrupt police, who are magically transformed into hero cops by the smoke and mirrors of the compliant mainstream media.

We have been talking with candidates and they have put their case for election. Read HERE from Amy MacMahon, Jackie Trad and Clem Grehan.

We are endeavouring to contact the three other South Brisbane candidates and will bring you their profiles as soon as we can.