Metro and bus network review | an opportunity for community feedback. 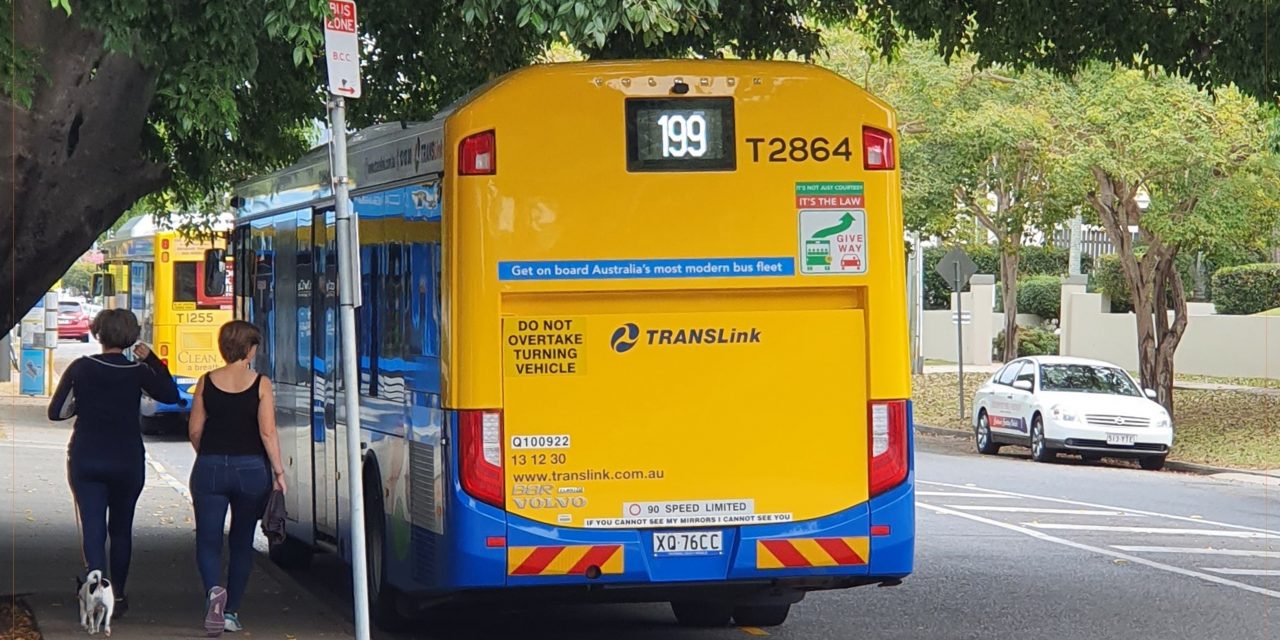 Brisbane City Council has opened a survey of bus users in the lead-up to the roll-out of the new Brisbane Metro.

“Brisbane Metro will deliver a fully-electric, turn-up-and-go public transport service with the greatest benefit to come during peak periods when most commuters travel,” Cr Schrinner said.

“Students and staff travelling to and from the University of Queensland generate almost 20,000 bus trips every day, so this area is a critical part of the network.”

Brisbane Metro is Brisbane City Council’s most extensive public transport project to date, and the Lord Mayor says it will be a crucial part of our city’s transport network when services begin in 2024.

The first stage of the Brisbane Metro is designed to meet the changing travel needs of the city and address the demand for more efficient transport.

According to Council, two-thirds of public transport passengers in Brisbane use buses, and users now have an opportunity to inform changes to the current bus network. Council says changes are needed in Brisbane’s southern suburbs and CBD to enable capacity for future growth and ensure we have more on-time services.

“The network changes will make better use of our existing world-class busway infrastructure, reduce inner-city bottlenecks, and deliver more reliable, frequent and high-capacity public transport services from the suburbs to the city.

“With increased connectivity to key destinations and other public transport services including Cross River Rail, the new network will provide greater opportunities to connect with the people and places you love,” according to a recent Council statement.

The key bus services in West End are the number 60 City Glider which travels along Musgrave Road, the 199 along Boundary Street and Hardgrave Road, the 192 from the University of Queensland (UQ) and then to the city via Montague Road. The 60, 192 and 199 services all link to the city cat services operating from the West End Terminal. The 196 bus also links West End and UQ, stopping at Melbourne and Browning Streets, and travelling via Vulture Street and Gladstone Road to UQ.  The suburb also has the 198 circular route, which runs between Mollison Street in West End, the PA Hospital via Dornoch Terrace and Gladstone Road, and back to West End via Stanley and Vulture Streets.

In 2020, community members submitted a petition to BCC in December 2020 requesting changes to the City Glider bus service operation along Montague Road. The requested changes have not yet been agreed to.

Community members, and elected representatives Councillor Jonathon Sri and Amy MacMahon MP have raised numerous concerns about the 192 bus service. They say it is infrequent and unavailable on weekends. For example, the 192 bus service goes from the UQ St Lucia campus to the city, but only on Monday to Friday, and the last service leaves UQ at 6.20 pm and arrives back there at 7.52 pm.

Dornoch Terrace does not have a regular, seven day a week bus service to the city and UQ. Cr Jonathon Sri and Ms MacMahon MP have also raised concerns about the lack of public transport coverage in West End and South Brisbane, specifically in the Montague Road/Peel Street/Grey Street triangle.

“Currently, the lack of services is causing congestion problems on crucial corridors like Dornoch Terrace and Montague Road. The 192 could act as a congestion buster for the area, as well as reducing demand for parking in West End,” Ms MacMahon said in support of a petition she has initiated for improvements to the 192 service.

“Imagine being able to get around the West End peninsula on the weekend, and being able to get to school, work or uni on the bus, without getting stuck in traffic, or waiting for a bus that is too full, or that never shows up.”

Councillor Sri said he considers the Council survey is inadequate but nevertheless encourages residents to take the opportunity to provide feedback.

“I think the survey is fairly tokenistic, but residents should still use the opportunity to highlight all ongoing concerns with the network, particularly the inadequate operating hours of the 192. If you’re taking the time to write detailed comments, you should also consider copying and posting them on social media and tagging Mayor Schrinner and Transport Minister Mark Bailey, so that your feedback doesn’t just disappear into the aether,” Cr Sri said.

Cr Sri said the crucial question in terms of the bus network review will be whether the State Government allocates additional funding to run more buses, or whether the council just has to reduce service on some routes in order to improve others.

“If no additional funding is forthcoming, we could potentially see low-patronage routes like the 198 cut altogether so that those buses and drivers can be reallocated to improve routes that are seeing higher demand. Rather than robbing Peter to pay Paul, we need the Queensland Labor Government to allocate more overall funding to bus services in Brisbane, so that no-one ends up worse off.”

Council is inviting residents to provide feedback on the current network by:

In October, Council says Brisbane residents will be able to see detailed proposals for the network, including how their local bus routes will change once Brisbane Metro services commence.

Separately, you can also make suggestions for changes to services online, via the TRANSLINK customer service number, or by writing to the Minister for Transport, your local MP and/or your local Councillor. All requests are referred to Network Planning Team and considered.

On the buses – protestors board the 192 bus.