Strata Living – what you need to know. 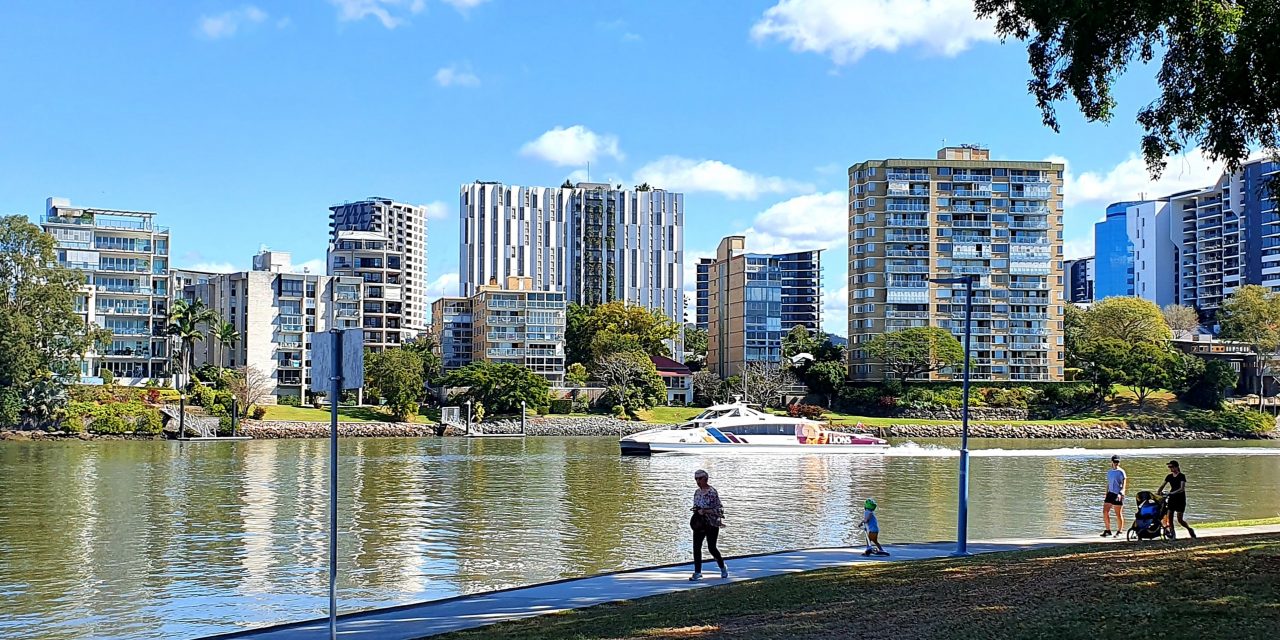 High density living is now a norm for many Australians, and in South Brisbane at the time of the last census in 2016[i], 63.7% of residences were flat or apartments.

Living in a strata arrangement is very different to living on a stand-alone home. There are many areas owned in common, and there are often rules set by the Body Corporate about keeping pets, noise, and use of common areas, such as pools and parking.

What is Strata Title?

It’s the combination of your own property (your lot) and common property (things like the car park, lifts, pools, gardens etc). Combining lots and common property means you have what is termed a ‘scheme’. Basically, any two or more individual lots, plus some common property, is strata title. It can be a high rise, villas, townhouses, hotels, commercial developments, shopping centres and duplexes.

What is the most important adjustment people need to make to be a good strata resident?

What you might be used to when living in your house on a big block is NOT the same as what you can do when you live in strata. Your use of property and your conduct around property is regulated for the good of everyone, not just your own interests. That doesn’t mean you can’t do ANYTHING. Most of the time, it simply means you have to seek approval for something, and that may take a long time in some cases.

Is it a good idea to be involved in Body Corporate activities? What does that involve?

Yes, in a word. Your property is your biggest investment usually. If you are going to spend $500k (or more) on a lot, then you have a duty to protect and enhance that investment and you do that by being involved. At its simplest level, ‘being involved’ means paying your levies, casting your vote, and reading the agenda and minutes. You can get more involved by nominating to be on the committee and taking on that voluntary role in making decisions about the strata scheme.

What laws govern strata schemes in Queensland? For example, can a body corporate make internal rules that over-ride, State or Council by-laws? Can you explain how by-laws work?

The State Government has passed extensive body corporate legislation which governs how schemes operate in Queensland. Primarily that’s the Body Corporate and Community Management Act 1997 and a series of Regulation Modules. Each scheme in Queensland will have by-laws. By-laws are legally enforceable rules relating to property and people’s conduct in relation to property. By-laws get registered with the Titles Office and once that happens, they take effect. But the Titles Office doesn’t review them for fairness, and it is up to someone to challenge fairness (or not) of a by-law through the Office of the Commissioner for Body Corporate and Community Management. Basically, if you believe a by-law is being breached, you take that to the committee, the committee decide if they agree or not (you need to have evidence) and if so, they enforce it against the offender. That involves a series of notices, where the offender gets a chance to respond, and then ultimately to the Commissioner’s Office if the offending behaviour doesn’t stop.

What sort of issues are most likely to lead to disputes in a strata arrangement?

Communication – or lack of it – underpins pretty much everybody corporate dispute I’ve seen.

How people communicate and interact with each other will generally add to or diffuse a dispute, regardless of the ‘actual’ issue. Other factors at play include lack of knowledge, incorrect application or inconsistent application of process, lack of transparency and in some small cases, there are deliberate actions which lead to dispute.

In terms of ‘actual’ dispute types, the top ones are disputes about maintenance (who is responsible – owner or body corporate?), disputes about strata meetings (how they are run, whether decisions made at them are appropriate) and by-law disputes (pets, parking, and noise/nuisance).

How are disputes managed by the Body Corporate, for example in respect to excessive noise, or such things as barbecue smoke?

There’s informal and formal processes. Informally, the body corporate might receive a complaint about these things and then approach the offending person about it, asking them to temper what they’re doing. Hopefully at that stage things get resolved (and they often do). The BC can send letters making that a bit more formal. If the informal efforts (which also include just simply approaching someone and having a conversation) don’t work, then the formal efforts kick in – see next question.

What happens if a dispute is not resolved at the Body Corporate level – where to next?

If all avenues to resolve a dispute have been exhausted, then you can apply to the Commissioner’s Office to resolve it. The Commissioner’s Office is like a court or tribunal. They try to resolve things through conciliation (it’s like mediation) first and then, through adjudication, which is a formal process resulting in a legal order. It can take 9 months or more to get an order, so every effort should be made to avoid that where possible. It’s also important to remember if an order is made, it is on the public record and everyone – including possible purchasers of the lot – can see it. That might be the difference between sale or no sale.

They don’t have a right to attend. They can request it and might be permitted. Also, owners could feasibly make a tenant their proxy or Power of Attorney and then they could attend. Even so, attending committee meetings if you are not a committee member is NOT as of right and certain conditions have to be met. E.g., you can’t speak unless asked.

The situation is now pretty problematic. Essentially there are two approval processes: the landlord, and the body corporate. Your landlord might approve a pet, but the BC might not. Or vice versa. Often times the tenant won’t really be aware of the BC approval process until right when they’re about to move in, and that’s not good because the BC can take a month or more under law to decide. The BC can’t simply say ‘no’ to pets without good reason but it’s not as of right to have a pet in strata. Indeed there are some high-profile cases where the BC has decided to say no to a pet and that has been upheld on challenge (this is probably a separate story in itself)

Chris Irons is now an independent strata consultant, working under the banner of Strata Solve

[i] Of occupied private dwellings in West End (Statistical Area Level 2), 30.3% were separate houses, 5.3% were semi-detached, row or terrace houses, townhouses etc, 63.7% were flat or apartments and 0.1% were other dwellings.

This is the first of our conversations with Chris Irons on Strata Living. If you have questions you would like us to explore, add them in the comments box.