Time to wear your Uluru Heart on your sleeve. 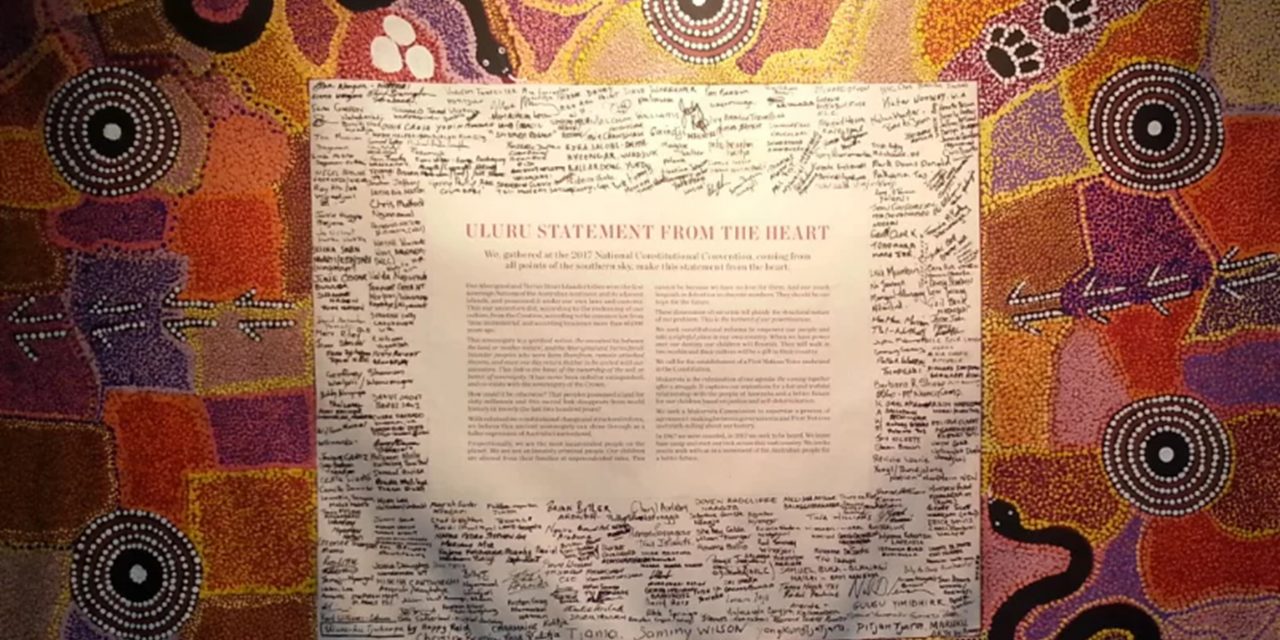 referendum for a constitutionally enshrined First Nations Voice to Parliament

It has been 14 months since I urged Westender readers to pledge their support to the Uluru Statement from the Heart by making a submission to the Australian Government’s “Indigenous Voice Discussion Paper”. A lot has transpired since then, and the campaign for constitutional reform continues to gain momentum.

While the former LNP Morrison Government had budgeted $160 million to hold a referendum, progression had stagnated as the government deflected its urgency stating that it was waiting for a “consensus” on the matter. Morrison later announced that his government would not pursue a referendum should he be re-elected on account that it was not “his policy”.

The Final Report of the Indigenous Voice Co-design Process showed early signs that the LNP government was being selective in how the Voice was to be constructed. The absence of any discussion pertaining to constitutional enshrinement and its exclusion from the terms of reference was troubling as it suggested that the government was looking to pursue the diluted alternative of a “Voice to Government”. Throughout the campaign a legislated voice without constitutional protection has been adamantly rejected by the Uluru delegates and constitutional experts on account of past representative bodies being easily dismissed and disbanded at the will of changing governments and political agendas.

In April 2022, I was privileged to attend a meeting in Yarrabah, north Queensland, with key Indigenous delegates, constitutional lawyers, Land Council representatives, and Elders. In what became the Yarrabah Affirmation, we collectively re-affirmed our support for the Uluru Statement and announced our desire to have a referendum on May 27, 2023. This day is significant as it coincides with the 1967 referendum that saw Aboriginal and Torres Strait Islander peoples included in Australia’s census. It also marks 6 years since the Uluru Statement was gifted to the Australia people. We recognise however that referendums are notoriously difficult to pass and that it takes time to phrase a clear and concise question to put forth to the public. An alternate date of January 27 2024, is therefore proposed to extend the awareness campaign.

On 21 May 2022, the mandate from the Australian public to have a constitutionally enshrined First Nations’ Voice to Parliament was further strengthened by the election result.

Labor was the only major party that committed to the Uluru Statement from the Heart in full, as it was intended, affirmed by the new Prime Minister Anthony Albanese who opened his acceptance speech with,

“I begin by acknowledging the traditional owners of the land on which we meet. I pay my respects to their Elders past, present and emerging. And on behalf of the Australian Labor Party, I commit to the Uluru Statement from the heart in full”.

The Uluru Statement from the Heart is finally getting greater widespread attention, entering national dialogues, and receiving increasing media coverage. Over the coming months I implore you to wear your Uluru Heart on your sleeves and discuss the importance of constitutional enshrinement with your family, friends, and colleagues. Raise it with your hairdresser, taxi driver, waiter and discuss it within the organisations, clubs and groups you belong to – and continue to learn more.

The Uluru Statement from the Heart is a gift to the Australian people and an invitation to walk together towards a better future. Together we can enact the will of the Australian public in the strongest way possible – by passing a referendum that will enshrine a representative First Nations’ voice to the Australian Parliament!

Five years ago today, the Uluru Statement from the Heart was gifted to the Australian people, putting forward a roadmap towards an enshrined Voice to Parliament. pic.twitter.com/KgvUMPj4Up

Professor Bronwyn Fredericks is Pro-Vice-Chancellor (Indigenous Engagement), at the University of Queensland. She is responsible for leading the implementation of the Indigenous strategy and strengthening leadership within the University. Professor Fredericks has over 30 years of experience working in and with the tertiary sector, State and Federal Governments, and Aboriginal and Torres Strait Islander community-based organisations. https://about.uq.edu.au/pvc-ie