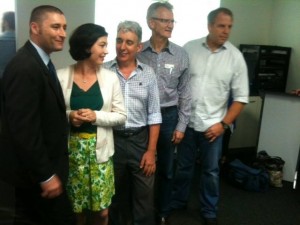 Eleven candidates have nominated to contest the 2014 Griffith by-election, the AEC announced on the 29th January. The candidate nominations, in ballot paper order, that were officially declared at 12noon on the 21st. Click below for the Westender story on the candidate or, failing that, the candidate statement.

You can meet the Griffith candidates in the flesh at the Souths Leagues Club on Wednesday February 6th. Don’t forget to register your questions with us online, now.