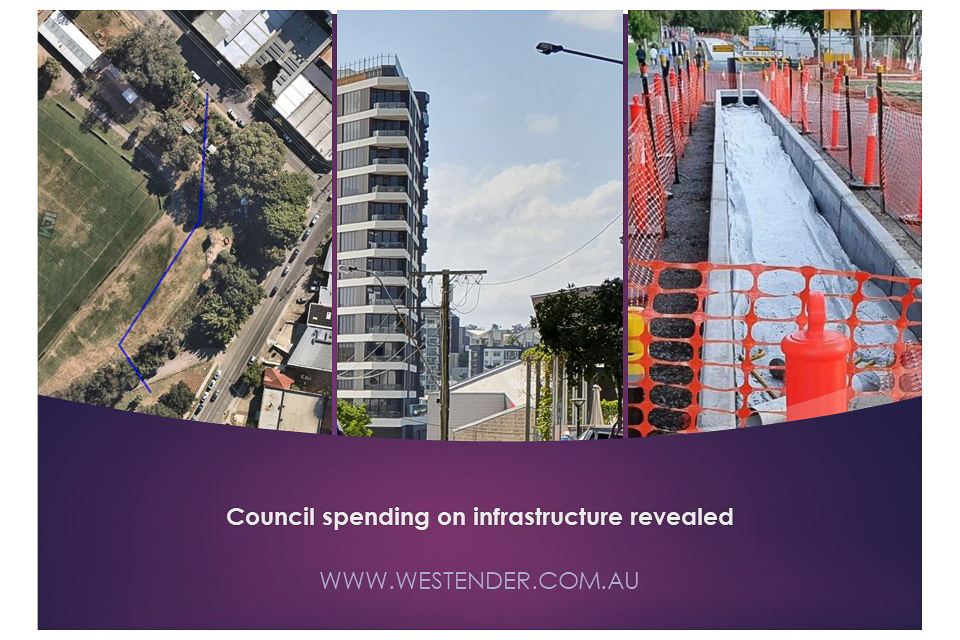 The changes were announced as the fulfillment of an election promise by the Palaszczuk Labor Government. In 2017, local member for South Brisbane, Jackie Trad MP, announced that a re-elected Labor Government will require Councils to reveal more information to the community about how millions of dollars in developer levies are spent in their local neighbourhoods.

In September last year, the Minister for Planning, Cameron Dick, announced that the promised changes would come into effect on the 1st of January 2020.

Local member Jackie Trad told The Westender that she is proud to be part of a Government that has delivered on its election commitment.

“I have spoken to many members of our community who have raised concerns about where council has been spending funds levied from property developers and I share those concerns. Local residents have borne the brunt of overdevelopment and are quite rightly asking, where is the matching infrastructure and green space necessary to ensure we maintain the liveability of our community?”

Brisbane City Council infrastructure charges are set by the State Government and relate to the delivery of transport, stormwater, public parks and land for community facilities.

While Queensland local councils were always required to publish infrastructure charges information, the greater reporting provisions resulting from the amendment to the Planning Regulation Act 2017, now require reporting on where the charges are collected and applied.

“The Palaszczuk Government’s new laws on transparent reporting of infrastructure charges collected and allocated, came into effect on January 1 this year, with councils having to publish quarterly figures showing exactly how much they have levied from property developers in infrastructure charges and exactly where they have reinvested that money,” Ms Trad said.

Ms Trad advised that the first reports with this level of detail are expected to be published on council websites in early April.

“Residents will then have an opportunity to see exactly where and how the Brisbane City Council is spending infrastructure charges,” she said.

Urban Utilities applies separate infrastructure charges when a development assessment is approved, and payable when the new development is connected to the water and wastewater network. These charges cover the cost of providing new or upgraded water and sewer infrastructure to cater to this new growth.

Changes to reporting for utilities on the infrastructure charges they levy from property developers will come into effect on the 1st of January 2021 – with quarterly reports to follow, Ms Trad said.

President of WECA, Seleneah More, told the Westender, that in the past infrastructure expenditure information has been difficult to ascertain.

“As advocates for transparency and best value infrastructure, we welcome this legislation and look forward to using this information to conduct assessment of these services,” Ms More said.

Local Councillor, Jonathan Sri told the Westender that he also welcomes the change.

“The Greens and a range of other community groups have been advocating for this change for years now, and, I want to thank and sincerely congratulate the State Government for finally introducing it,” Cr Sri said.

Ms Trad said she considers that current levels of investment by Council are not meeting the community’s infrastructure needs.

“On behalf of locals, I have fought – and continue to fight – for increased investment to address congestion and traffic hotspots through our community.

“For instance, major developments along and off Montague have undoubtedly netted the Council significant revenues from Infrastructure charges but, where is the proper master plan they promised for this important road in and out of the peninsular?  Granted, we have had two sets of traffic lights installed but, this in no way reflects the significant infrastructure charges – and additional rates – collected by Council and is merely an ad hoc piecemeal approach and locals have had to fight for these upgrades every step of the way.  Additionally, Woolloongabba and Buranda have seen massive developments but, where is the promised upgrade to Logan Road, O’Keefe Street and Old Cleveland Road, and the dangerous roundabout connecting these major thoroughfares, in order to cope with the population increase, and address safety concerns?,” Ms Trad said.

The need for greater infrastructure spending on the Kurilpa Peninsula was echoed by Cr Sri, Kurilpa Futures, and by WECA.

Cr Sri told The Westender that having greater transparency will probably reveal that some of the money collected from high-density developments in suburbs like West End has actually been spent on projects in other suburbs.

Likewise, Phil Heywood for Kurilpa Futures said that while the provisions are a welcome increase in transparency:

“Councils will continue to use developer infrastructure charges to defray citywide costs, often on unrelated matters. The difference is that curious local residents will now be able to ascertain this – arguably adding insult to injury,” Mr Heywood said.

Ms More of WECA also considers that Council spending on transport infrastructure and green space, and recreational facilities, particularly for children, is inadequate. She said that the population of the suburb has doubled (11,000 to 24000) over 10 years, and, “we have received only one additional park (Bunyapa), belated upgrades to Davies Park and Riverside Drive Park, and lost four parks and a city cat through the stroke of a pen by Council.”

“In order to service the projected 43,000 people by 2026, Council must spend now and wisely to create a liveable urban neighbourhood,” Ms More said.

“State government could continue its good work by creating policy mechanisms to ensure Council infrastructure spend is on the right type of services in the best locale,” Ms More added.

“…the best aspect of this current minor change is that it highlights the need for a more significant return to integrated planning practice.”

Mr Heywood calls for a return to the previous position under the Integrated Planning Act 1997, when a number of infrastructure charges, specifically including for open spaces, had to be expended on local provisions.

Mr Heywood said that in the absence of such requirements, developers are now bargaining for large increases in building height for the provision of small park areas.

“It is time that governments linked means to ends and required all new significant developments to provide land for public open space purposes to ensure that our changing cities remain habitable, attractive and sustainable for children’s play, older people’s recreation and survival of greenery and wildlife,” Mr Heywood said.

WECA said that there is also a need for open and transparent tender processes in the awarding of contracts for the design and construction of infrastructure and true community consultation.

Cr Sri said he considers that the value of the charges levied on developers is insufficient to meet the infrastructure needs of the suburb.

“Since the Bligh Government capped infrastructure charges back in 2011, the money collected from developers does not cover the true cost of delivering public parks, community facilities, transport, water and sewerage infrastructure.”

Cr Sri said that for example, the Vulture-Montague traffic lights cost $5 million and the Victoria-Montague intersection will cost upwards of $10 million. Cr Sri said that infrastructure charges are capped at $20 000 per 2-bedroom apartment, 50% of which goes to Queensland Urban Utilities for water and sewerage.

This is equivalent, Cr Sri said, to Council spending all local infrastructure charges revenue, from the equivalent of 1500 new apartments, to pay for just two intersections.

“So, it’s a good step to improve transparency around where money is spent, but we also need the State Government to lift the arbitrary cap on infrastructure charges to make developers pay their fair share towards the true cost of local infrastructure and facilities,” Cr Sri said.