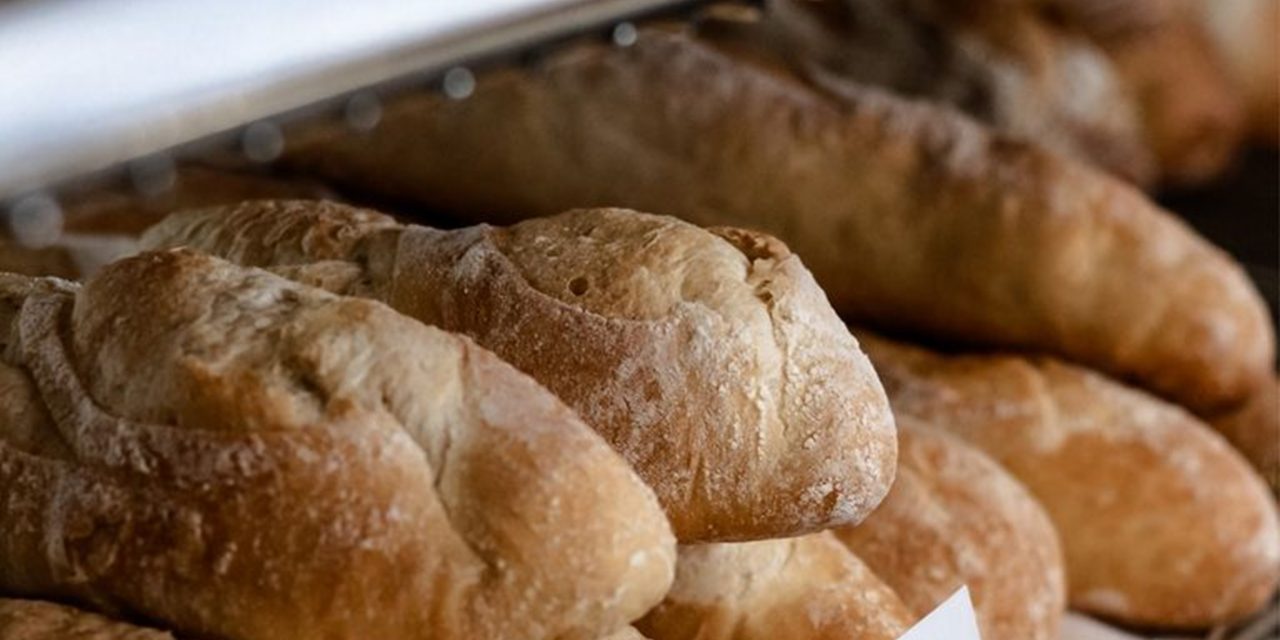 A month ago, there was a lot of disappointment around West End when we learned that Fred was retiring, and the West End Bakery was closing. So, if you have been wondering what’s happening at 163 Boundary Street, the wait is over.

The good news is that French artisan baker Farine Bakery purchased the shop and will open for business on 1 December.

Farine is not as new to West End as some might think. Since June 2020, their baker, Jean-Paul Boyer, has been overseeing the baking of their breads and baked goods at their wholesale bakery in Vulture Street.

Nor is Farine new to the game. Phoebe Bird, retail manager for Farine, told me that as well as the Vulture Street premises, Farine has retail outlets in Redhill, Spring Hill, and Calamvale. They also own Frankie & George in George Street in the City, Two Lads Cafe & Pizzeria in Bardon and are wholesale suppliers bread and baked goods to other outlets across Brisbane. 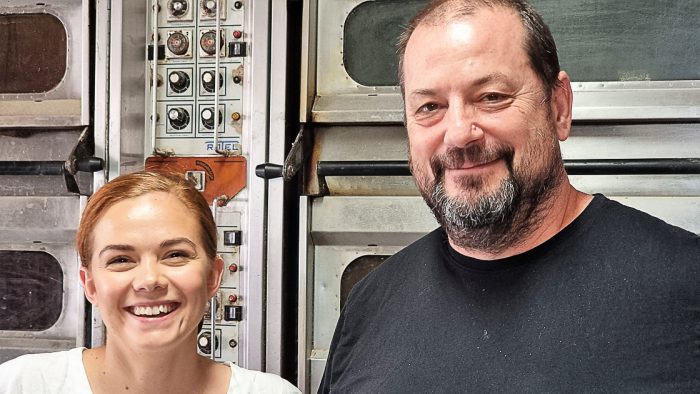 Farine specialises in croissants, an extensive bread range, tarts and pies, and will serve toasties and fresh sandwiches. They also have a broad vegan range.

“A lot of love goes into all of our bread and pastries and pies,” Phoebe said.

“We do a vegan lemon meringue pie, which you might think doesn’t seem possible. We also have a range of pies that we make here at the wholesale bakery. And all of our pastries have a vegan version. So, if you’ve got any dairy intolerances, you can have all of them.

“We do plain, almond, and almond and pistachio croissants, and Danishes as well,” Phoebe said. 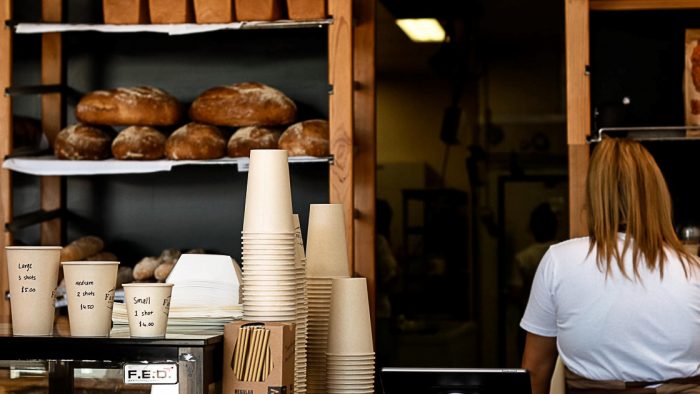 With opening hours from 6 am to 4 pm, seven days a week, Phoebe said Farine in Boundary Street will serve speciality coffee from Singelo and will have on-street seating.

The bakery is in the process of hiring staff now.

See their mouthwatering images of their goods on Instagram or better still, pop in after 1 December and try them for yourself. 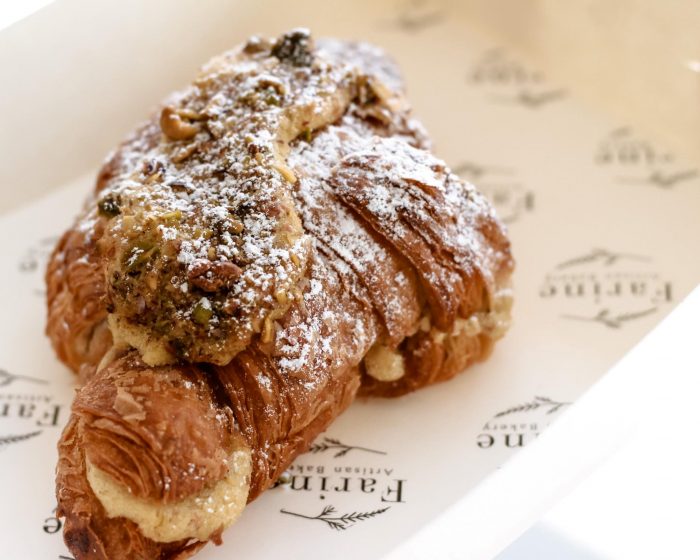